Seconds after triumphantly stuffing an empty suitcase into my closet, and within an hour of setting foot in Welch Hall for the first time, the rumor had reached me. Supposedly—according to all the other eager freshmen in my entryway—there was unlimited free ice cream in the next building over.

Of course I was skeptical; while I was already convinced that Yale was amazing, I found it hard to believe that there would be free ice cream any time I wanted it… I mean, that’s the stuff of fantasy.

Eventually, I ventured next door to the Chaplain’s Office with the aim of finding this mysterious dessert. Not that it was hard to find—the office is situated directly underneath one of Bingham’s entryways, which as you might have guessed, is adjacent to Welch. A mere flight of steps separates a few lucky freshmen from the treasure chest—a large commercial sized refrigerator practically overflowing with delicious ice cream. I later learned that the Chaplain’s Office, which aims to provide both peer-counseling and spiritual advice for all faiths, willingly maintains the space for students to come and chat. Interestingly, I came to Yale without any religious affiliation and was eager to learn about other religious traditions. The Chaplain’s Office made these conversations about other students’ faiths and cultures so much easier because I now had the “free ice-cream” icebreaker. So while I had originally come for the ice cream, I ended up staying for the new friends and support. 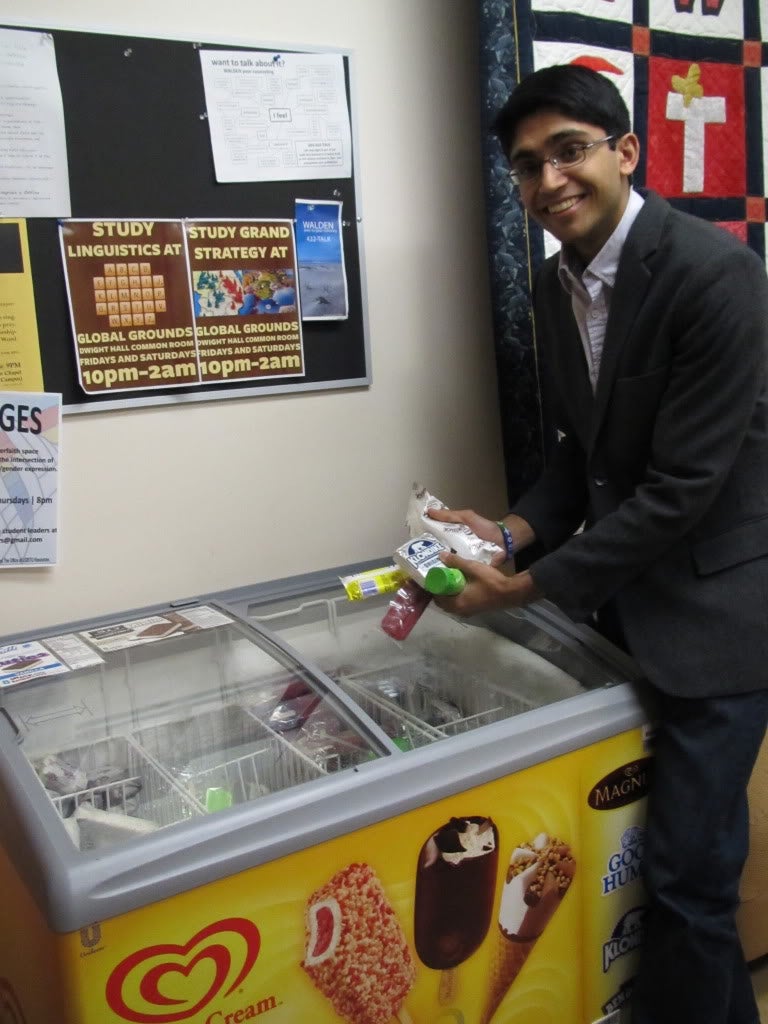 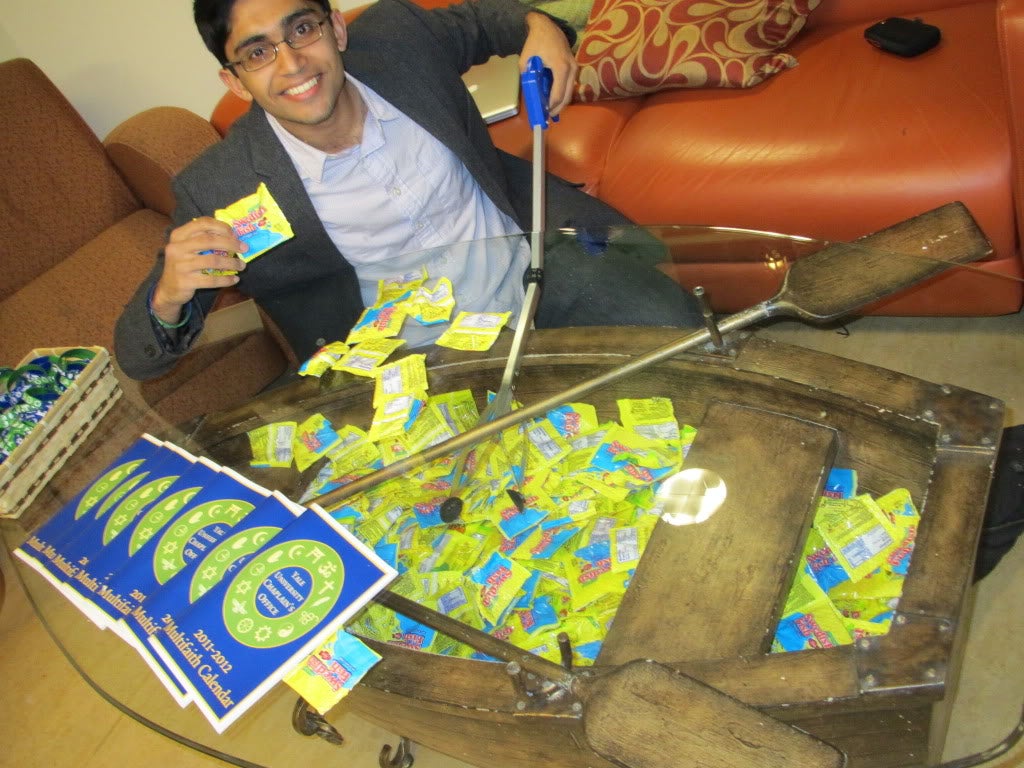 (In addition to the ice cream, the center also has a boat table that is crammed full of Swedish fish)

But I don’t let that stop me.  Yesterday, I ventured over to Chaplain’s Office for a review session with a friend of mine who is a peer liaison at the Chaplain’s office. As I slouched on the couch, going over  PowerPoint slides, over thirty people swung by to pick up ice cream, and many stayed to chat for a couple of minutes - even a group of sophomores braved the pouring rain for a treat.This year, as a sophomore, I now live in my residential college.  The upperclassman housing arrangements, despite their many benefits, drastically increases the distance between me and the Chaplain’s Office.

As I sat there, munching happily on a kosher chocolate cookie bar, I was overcome by memories of freshmen year. Like I said, if Yale freshman are lucky, they live in Bingham, Vanderbilt or Welch.