After years of rejection, one last shot. 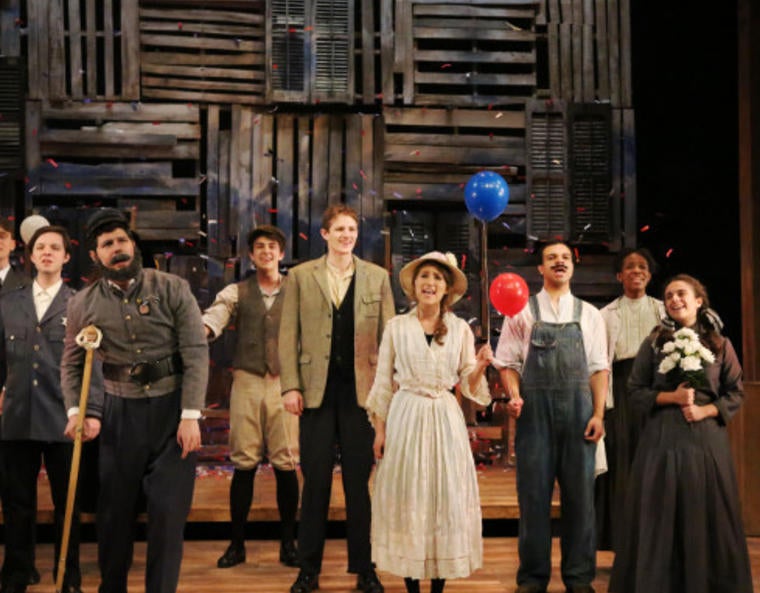 I was rejected 3 years in a row. I auditioned for a handful of student productions every year, but each time I auditioned for the Yale Dramat’s fall mainstage musical, I never got the hoped-for phone call.

But I decided that my senior year would be different. By this time, I had performed in over a dozen musicals and operas at Yale (one even got a really cool NYTimes review). I took extra acting and dance classes. I was ready.

So, I auditioned…and waited. Weeks passed. No phone call, but no official cast list—it was usually released by now. I held out hope, but it was fading fast. One night, as my friends and I sat down to watch a movie, my phone rang. It was the Stage Manager for Parade, this year’s Dramat Fall Mainstage. I was in. 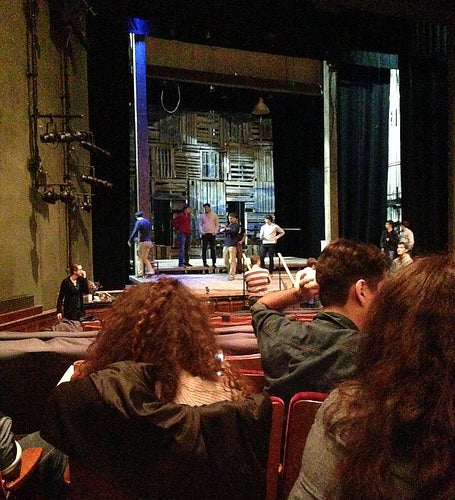 Even though I was cast in the show, I had a lot to learn. The rehearsal process called for anywhere from 3-12 hours of rehearsal a day. Many of my cast mates had been in multiple Dramat shows before, but I had never done anything quite like this. Choreographed scenes with newspapers and pickaxes took all my concentration to get right, since all I knew was ballroom. I felt out of place as I struggled to make the intensely choreographed pieces come together. But by show time, whether it was by some miracle or maybe just the pressure, everything finally clicked. 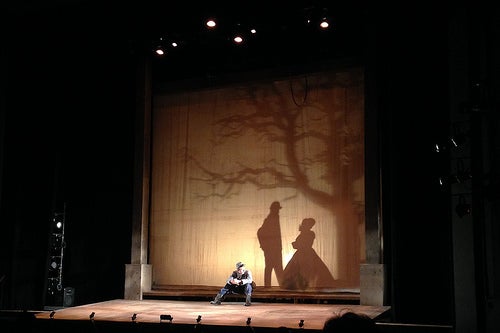 Of all the shows I’ve been in at Yale, none were quite so massive as Parade. I was part of a cast of 19, and the production team, designers, crew, musicians, and stagehands numbered nearly 100. It took every single person to prepare and run the 700+ lighting and fly cues. I had 9 quick-changes in the show, and every costume piece had to come off and go on in just the right order or I wouldn’t even make it on stage. 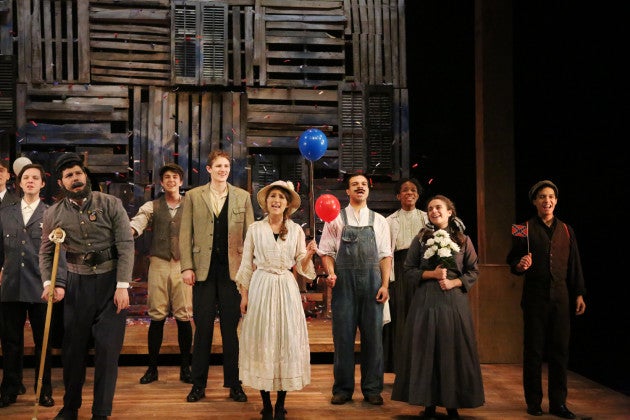 Photo by Ken Yanagisawa, YDN. (That’s me on the far right!)

After 4 years of theater at Yale, it’s been amazing to see a production of this scale go up and to get to play a small part in it. I learned just how talented my peers are, and finally had a chance to learn from them on the job. But more than the skills, I learned that everything seems to come at the right time–people were saying this was the best show they’d ever seen at Yale. I may have been rejected over and over again, but this time, everything went right, and it felt good to help make that happen before I graduate.