Do You Want to Build a Snowman? 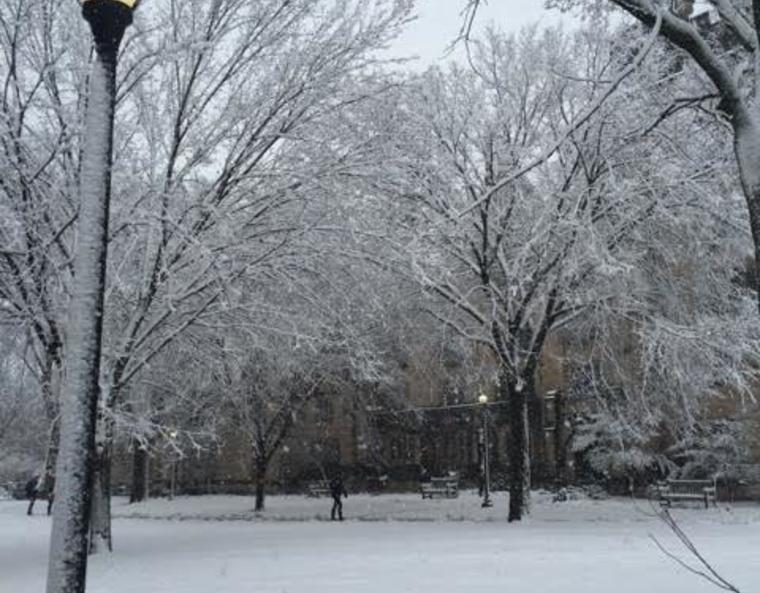 In my opinion, Yale’s beautiful facilities and diverse styles of architecture put its campus among the best in the world. When it snows, however, nothing can compare.

After a few unusually mild winter weeks, the first snowfall finally occurred over the weekend of January 23-24.Winter Storm Jonas set snowfall records in many parts of the East Coast. Thankfully, by the time it reached us it had lost much of its steam. However, that didn’t stop it from pouring about 8 inches of snow on New Haven. Snow began falling late Friday night and stopped Saturday evening. 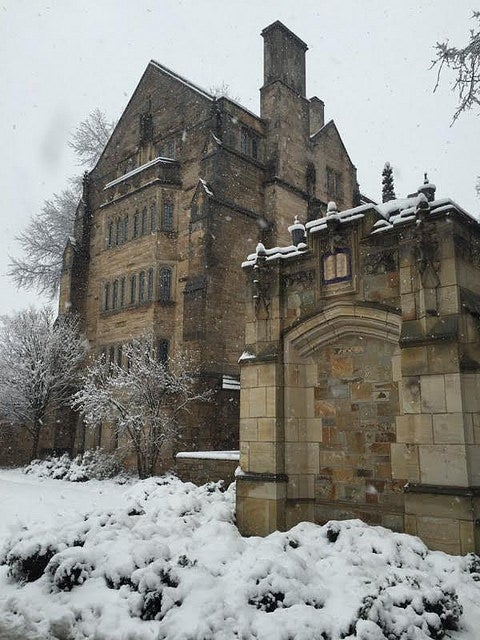 The snowstorm highlighted the tremendous diversity of experiences found on Yale’s campus. For many students, this was the first time they had ever seen snow. There was much excitement in the air. Such was the case for my roommate, Joshua (BK ’19), and suite-mate, Ben (BK ’19). Ben excitedly sent snapchats to his friends back home in Los Angeles, many of whom were amazed by pictures of snow on campus. Josh called his parents in Houston, Texas, and excitedly described the scene from our dorm window. Meanwhile, students accustomed to snow, such as Patrick (BK ’19) of South Dakota, offered helpful advice on how to stay warm, make snowballs, and build snowmen. 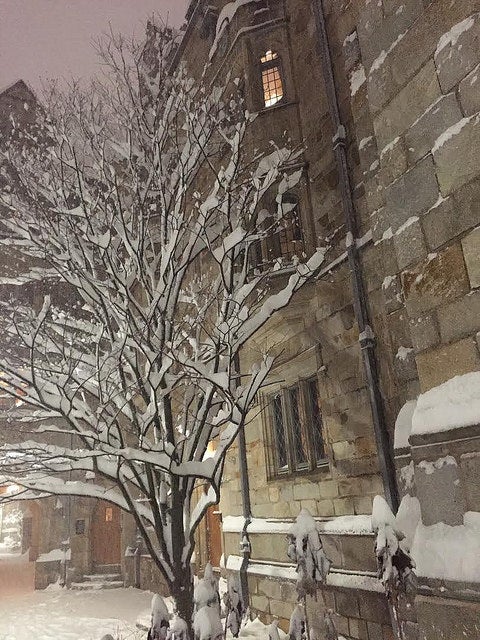 The snow also offered an opportunity to bond with classmates. Since many extracurricular for the afternoon were canceled, many students used the opportunity to study together in groups. A group of friends and I trekked to Sterling Memorial Library, where we reserved a study room for the day. On Saturday night, many freshman counselors, seniors who live with freshmen and help them transition to academic and social life at Yale, hosted study breaks with hot chocolate. A group of friends from Berkeley College even went sledding behind the Divinity School!

Hands down, the highlight of the weekend was the Freshman Snowball Fight held on Sunday night. After the first snowfall of each winter, it is tradition for a huge snowball fight to take place on Old Campus. A Facebook event was set up to alert students of the time and place of the battle. This year’s Freshman Snowball Fight took place on Sunday, January 24. At 10:00 pm sharp, hundreds of students began leaving their dorms rooms, dressed in battle gear of coats, hats, gloves, and scarves, and headed to Old Campus. 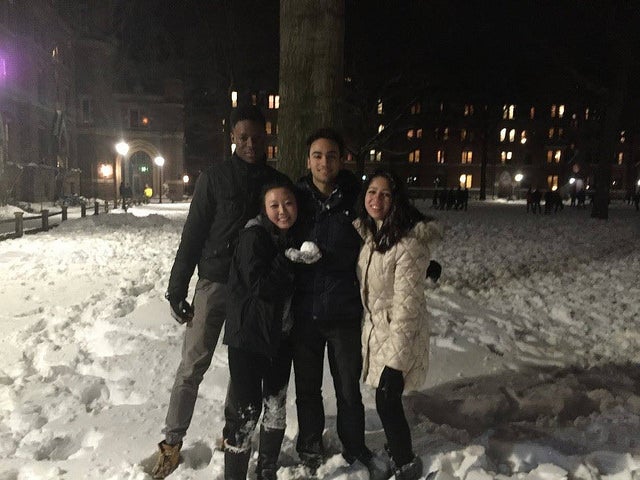 For the next hour, Old Campus was the site of an all-out snowball war. Alliances and truces were formed among friends, but were broken just was quickly. After you were hit by a snowball, it was pointless to try to clean yourself off; just as you finished, you would be hit with another. It was incredible fun and a perfect break from work. Everyone walked back to their dorms drenched with snow but full of smiles after an unforgettable first snowfall at Yale.