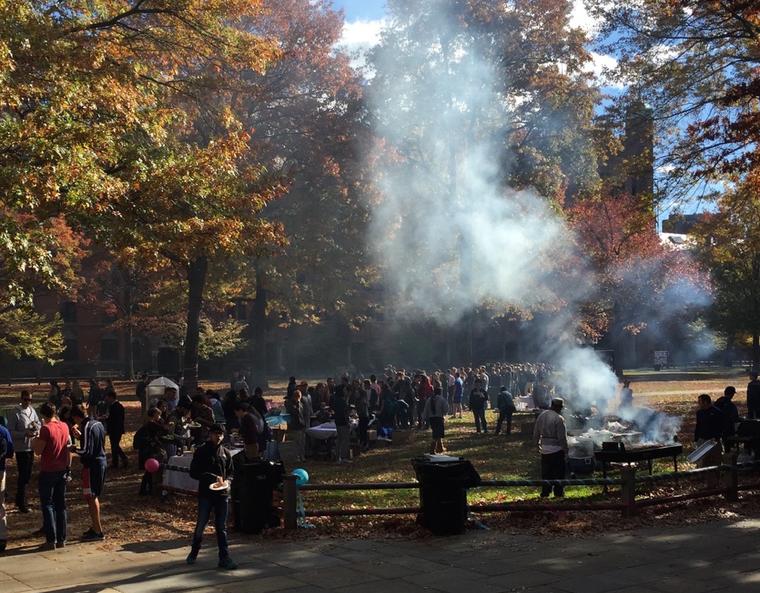 By early November, the beach trips, bonfires, and road trips that composed the summer after senior year seem like distant memories. What’s the best way to bring back some of this summer spirit? A BBQ!

The Freshman Barbecue is an annual tradition. Each year, the Freshman Class Council, the representative student government of the freshman class, plans this amazing event. While organizing a barbecue might seem like a simple task, weeks of brainstorming, planning, and execution need to happen in order to make the Barbecue a success.

Will Cheung (Davenport ’19) and Kat Wang (Branford ’19) served as Project Managers for this year’s BBQ. Our first major task was to decide on a theme for the event. We asked Council members to pitch ideas. As a group, we were able to work together and build off of each others’ ideas until we arrived at CoachYella, a spin on the music and arts festival held in California. We soon began to reach out to student performance groups and organize activities that would capture the essence of a music and arts festival. We also contacted Yale Dining, made a trip to Costco, and bought decorations. 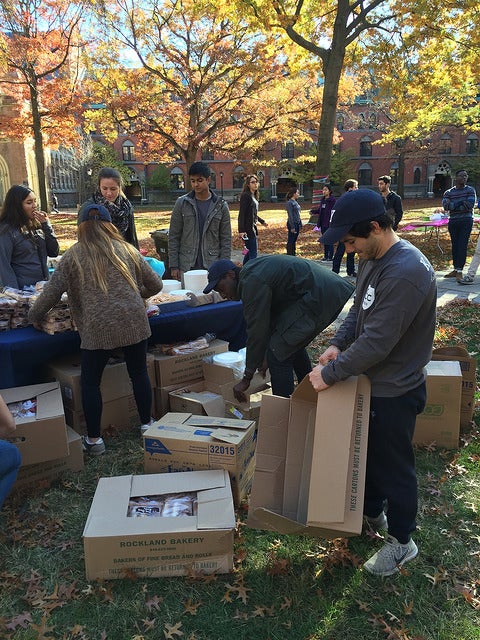 On the day of the event, November 8, the FCC had a full schedule. We met on Old Campus at 7:45 in the morning and were given a list of jobs to complete by Will and Kat. These included setting up speakers, gathering and heating up grills, rolling tons of food on carts from the Branford-Saybrook Dining Hall, and carrying tables. After a few hours of set-up, we were able to take a break and relax until the first groups of students began arriving at 12:00. 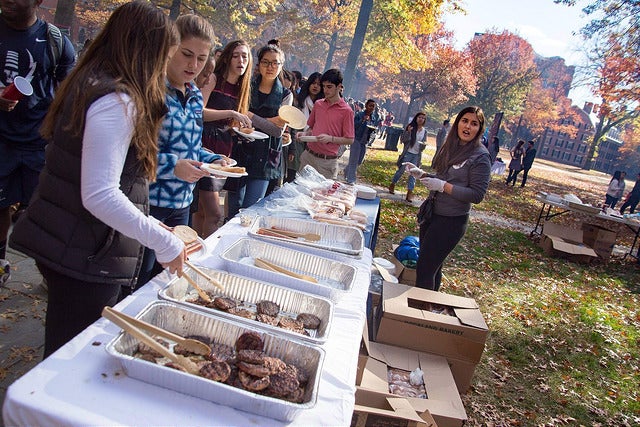 Hamburgers, veggie-burgers, and hotdogs were served, along with hot apple cider and hot chocolate. We also served popcorn, donuts, and fruit. Stations were set up for face paint, flower crowns, and cider pong. During the BBQ, one of my main jobs was to serve hotdogs to students in line as they waited for hamburgers to finish cooking. 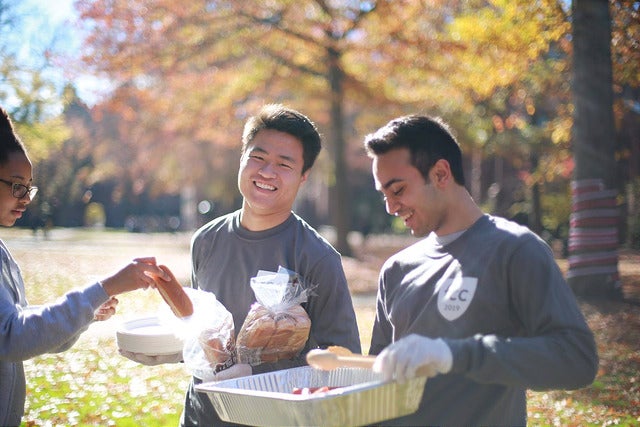 CoachYella not only featured great food, but also great entertainment. A number of student performance groups, such as Mixed Company, New Blue, and the Yale Ballroom Dancing Team, provided entertainment during the BBQ. This is a perfect example of the willingness of student groups to work together for a common goal. Our student government reached out to the leaders of these a cappella and dance groups, and we were all able to work together to put on a show for the entire freshmen class.

This was a huge day for us on the Freshman Class Council. It was our first major event of the year, and it turned out to be a huge success! At the beginning of the school year, the FCC faces a particular challenge because it contains members who are both new to Yale and new to working with each other. The ability of over 30 of us to come together to achieve a common goal was exciting because it proved to us that we can plan some amazing events and have an exciting year ahead of us! 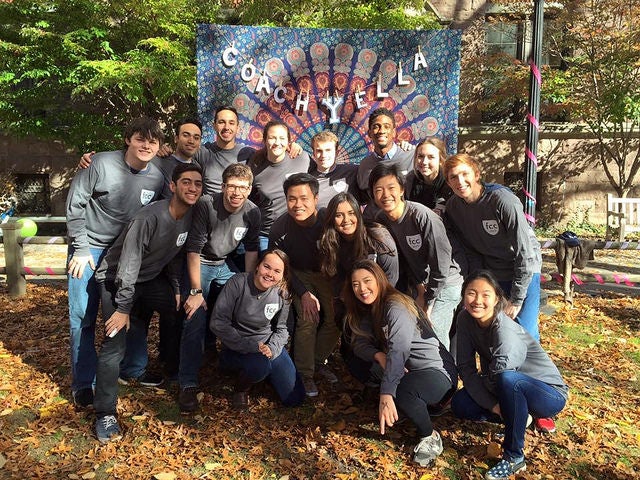