When your dream school defers you 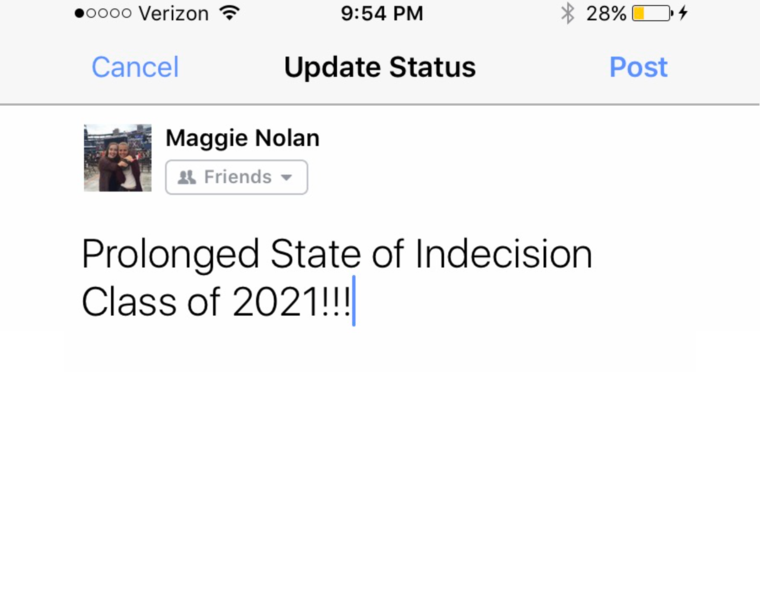 Well, it’s that time of year again. The time when I scroll through my Facebook feed and see many Yalies and high school friends sharing their “Facebook memories” of early acceptances to their dream schools. If you look at the comments, you’ll probably find one from me that says something along the lines of “OMG YESSSS IM SO PROUD OF YOU <3 <3 <3.” I definitely meant it, too, but there’s a 99% chance that, while writing this heartfelt comment, I was eating cookie dough ice cream and crying. Because while my friends were ordering sweatshirts and pennants for their schools, I was reading my deferral letter over and over again.

Now, deferral isn’t a bad thing. It doesn’t mean no, it just means the admissions committee needs more time to think about your application (don’t take my word for it, see what Hannah, one of our admissions officers said). But, everyone deals with deferral differently. Some really take it in stride and bounce back quick, ready to move on in the college application process. As for me, I became like a weird mixture of the characters in that Disney movie Inside Out (combine the really angry one and the really sad one — that was me).

I got stuck inside my head. Why didn’t they take me immediately? What did I do wrong? I felt like literally everyone else on the planet got accepted into their dream school. Those schools I thought were “safeties” suddenly seemed like the biggest reaches on the planet. I stared at my Common Application, with a bajillion other supplemental essays to do because I was cautiously optimistic and an inherent procrastinator. And, none of those other schools seemed like ~the~ school. I was ten seconds away from changing my Instagram bio to say *insert dream school here* Class of 2021, and then poof, decision pushed back by 3 months.

Sound familiar? Maybe, maybe not, but either way, the first thing you should do after deferral is take a breath. You deserve it. Whatever that letter said doesn’t change the fact that you’ve worked really hard, both in life and on that application – you earned a breather.

And then comes the hard part. You have to think about other schools. Hopefully you’re more forward thinking than me and didn’t wait until mid-December to start your other applications. My family still insists that I ruined Christmas 2016 because I hid in my room during dinner writing an essay about how chocolate chip cookies made me the person I am today (some essays were better than others). 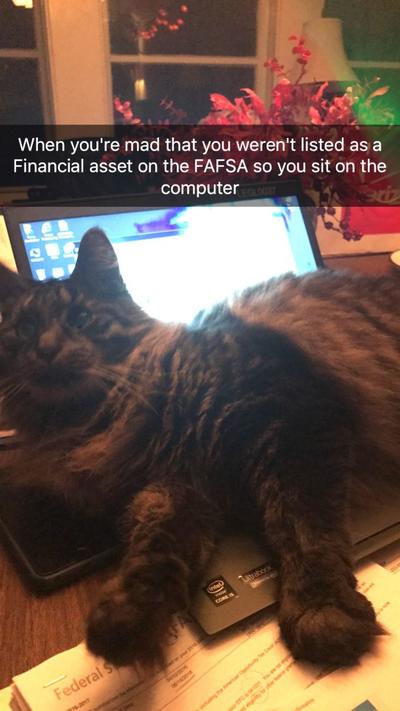 My cat (Coco) tried to help with the supplemental essays Christmas Day, but I stuck him with the financial aid applications instead

But you’ll get the essays done — the hard part is looking at other schools and thinking they could be your new home. It’s hard when you spend weeks, months, or even years dreaming of a school, and then you suddenly have to pivot and think about a backup plan. It’s especially hard when that dream school is still within reach because you’re still in the running. There’s nothing wrong with hoping for an eventual acceptance, because it does happen — some of my best friends at Yale got in off of deferral and are thriving here.

Still, holding on to that dream can be hard when you’re trying to also fall in love with other schools. Every school you look at feels like it’s in a venn diagram being compared to your first choice. Although it’s hard, don’t keep comparing these schools when you’re applying; it will seem like nothing measures up to that first choice. Think about the schools as separate entities, and ask if they check off the most important question: could you be happy there?

Now you’re probably thinking, wow, this is easy for her to say, she got in off of deferral and got to go to her dream school in the end. But Yale was not the first school I applied to. It wasn’t even the second. It was the last one I submitted, actually, about 15 minutes before the deadline on January 2nd. I applied to all the schools on this dream board I made before my senior year; the only one I applied to not on that board was Yale. I originally wrote off being a Bulldog in like 2014 when my mom said she didn’t like the campus back in the 70s. Something as random as that made me stop considering the school that would become later become my home. 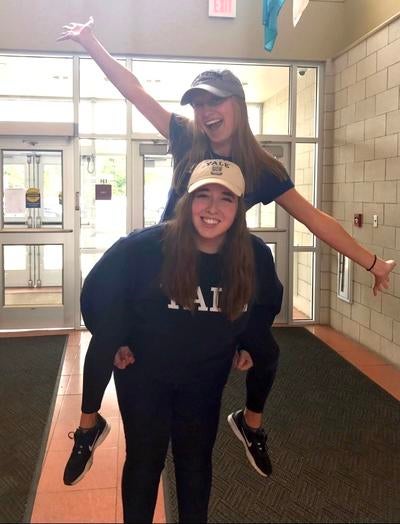 From January 2nd to my school’s decision day on May 1st, I had no idea that Yale would be the school I was repping

In those two-ish weeks after deferral and before the deadline, I think I googled every school ever built trying to find others that I might like. I tried to build my own, fresh opinions of these schools, and that’s when I decided to toss an application into Yale at the last second. What was the worst that could happen?

Now, don’t get me wrong, when I applied on January 2nd, I wasn’t in love with Yale. I didn’t know that much about it, just that it had a lot of things I liked in a school. I fell in love with it when I visited for Bulldog Saturday and discovered what kinds of cool people go here. I fell in love when I moved in and met the people that I can no longer imagine my life without. I fall in love with Yale every day I wake up and experience all that it has to offer, the ups and the downs. These are the things that you’re going to discover about schools after getting in, after visiting multiple times, and after actually living there. What’s important right now is finding schools that you think could maybe someday give you this same feeling of excitement. Save the pros and cons lists for March — right now, just apply.

I got deferred, waitlisted, and rejected (pretty much everything but accepted) by my dream school. But, if you asked me right now if Yale was my dream school, I would say yes, I just didn’t know it at the time. Sometimes I wonder what my life would have been life if I’d ended up getting in to that other school. Would I have picked it over Yale? The truth is, I don’t know. I think I would have had an amazing time at either school, and that’s because I ended up having more than one dream school.

So, whether you’re sitting on a Yale deferral, or are reading these blogs like I did roughly two years ago trying to see if Yale is right for you, the takeaway is the same: deferral is hard, but it’s also an opportunity. Take it as a time to expand your horizons, and give these colleges (and yourself) a chance. 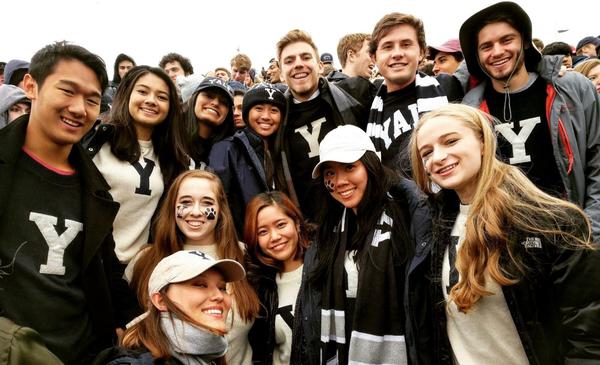