From Texas to Yale: Deciding to Apply 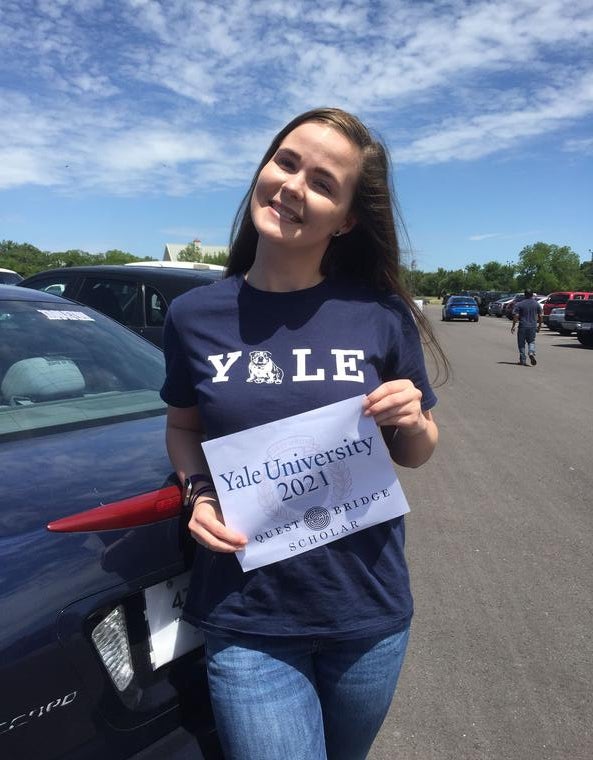 My hometown in rural Texas does not regularly send people to colleges like Yale. Before choosing to apply to Yale myself, I didn’t even know what state Yale was in, let alone the name of the city that I now call home. I was a high school junior who vaguely knew what the ACT and SAT were. There wasn’t a clear pathway that told me that Yale was going to be the school for me. It didn’t happen like that. For most first-generation low-income (FGLI) students who attend Yale, it doesn’t happen like that. It happens like this. 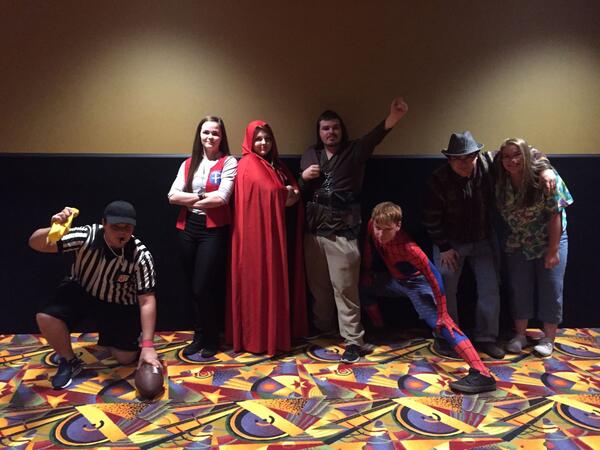 My coworkers and I pose in our Halloween costumes. In high school, I worked 5-6 days a week at my local movie theater. In between movie rushes, I applied to college.

I decided to apply to Yale after months of deliberation, after convincing myself that I had nothing to lose by submitting an application. I was once in your shoes—trying to decide if I was good enough to make it to a high-ranking college, trying to figure out how my poverty and lack of access to opportunity made me a qualified applicant against so many other seemingly more-qualified applicants. I’m a senior at Yale now. I “made” it. And I’m going to tell you why you should believe that you have a chance to make it, too.

When I first interacted with the idea of going to college, Yale was not a school I even considered. When my high school guidance counselor came to my English class and outlined the college application process, she didn’t mention applying to high-ranking colleges. Instead, she told us that we needed to take a college entrance test, that we needed to submit an online application, and that we all had a chance of getting into the local junior college or state school. That was the only crash course I received about applying to college, and it far from filled me with a sudden confidence to apply to Yale. I had to learn on my own that there were pathways to college separate from the one my overworked guidance counselor laid out for me. Here then, is my first piece of advice if you’re wearing shoes similar to the ones I was in:  just because a counselor doesn’t encourage you to apply to high-ranking colleges does not mean that you can’t learn about these schools’ application processes on your own. It might take more work, but it is possible. Colleges will not automatically reject you because you had no guidelines on how to apply.

I learned about schools like Yale when I applied to and was accepted by Questbridge. Questbridge is an organization that empowers high-achieving low-income high school seniors to apply to top-ranking schools in the U.S. It’s also the website where I learned that colleges like Yale could actually be more affordable to me than attending a college close to home. Websites like Questbridge or even Yale’s admissions page are your best friend when deciding to apply. These websites can provide you with the information that you need to begin considering applying to college. Even if you have to seek this information out, it is available to you, so use it! 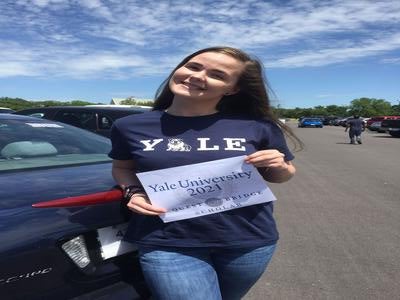 After matriculating to Yale my senior year of high school, I took a photo with the free shirt that Yale had sent me and a sign that I made thanking Questbridge for helping me get into college.

I soon learned, however, that choosing to apply to Yale from a FGLI background takes more than just looking over a website. I first had to recognize that the adversity I’d faced was not a weakness. My biggest breakthrough in the college application process happened when I realized I could not compare myself to other students. I learned (the hard way) that statistics about SAT scores and GPA didn’t capture my worth as an applicant. I would encourage you to do the same. If you are considering applying to Yale or another high-ranking institution, do not think of your worth as an applicant only in terms of numbers. You’ve lived a life with hardship that might’ve affected your grades or forced you to have a high school job or encouraged you to express yourself in outlets separate from quantifiable scores. The largest thing I had to overcome when applying to Yale was believing that I had worth as a student, and one of the first steps to doing that is to recognize that grades and extracurriculars only tell a school so much. Your personal essay and your personal journey have the power to say so much more.

Once I convinced myself that Yale could be a possibility despite the adversity and lack of access to resources that I had faced. I then had to apply. The college application process is hard, especially if you are the first in your family to do it or if you are having to figure it out on your own. I did the application in parts—when I had free time in class or at work or after I got off a shift. I devoted the majority of my time to my essay. I wanted to make sure that my application reflected my story and who I was as a person separate from quantifiable figures. As you begin your own application process, give yourself some grace. Recognize the value of your story and use the application to tell it. Take some time after work or school to learn as much as you can about applying. Do your best not to be bogged down by thoughts of inadequacy. Making it to Yale has shown me that I am just as valuable a student as any other, and now I want you to believe the same. 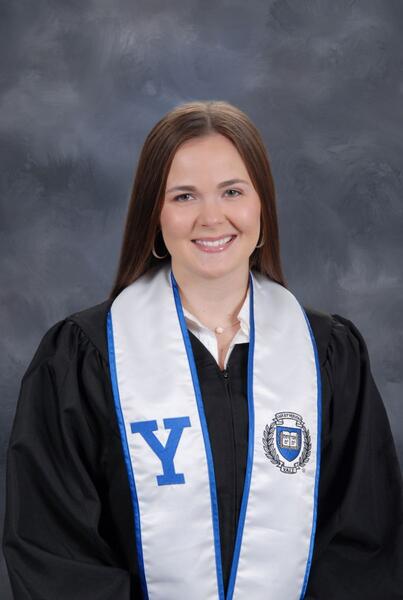 My Yale senior picture. It’s still crazy to me that my dream of graduating from college is soon to be real!

As I reflect on the road that I took in high school to apply to college, what I value most is that I had the courage to believe. And it does take courage. Coming from an impoverished and resource-desolate area in rural East Texas, coming from parents who didn’t go to college, coming from an academic environment that does not regularly send kids to high-ranking colleges—I had to convince myself that I was someone worth believing in, that the poverty of my childhood did not have to be my future. I would encourage you to do the same. Use the internet to learn about high-ranking colleges; convince yourself of your worth separate from test scores; and then apply. Complete the application in as many small sessions as necessary, but do not ever believe that your application is worth less because of the additional work you have to do to make it happen. I once thought making it to Yale was an impossibility. Sometimes, however, that very impossibility becomes your reality.