Capturing Yale through the Seasons 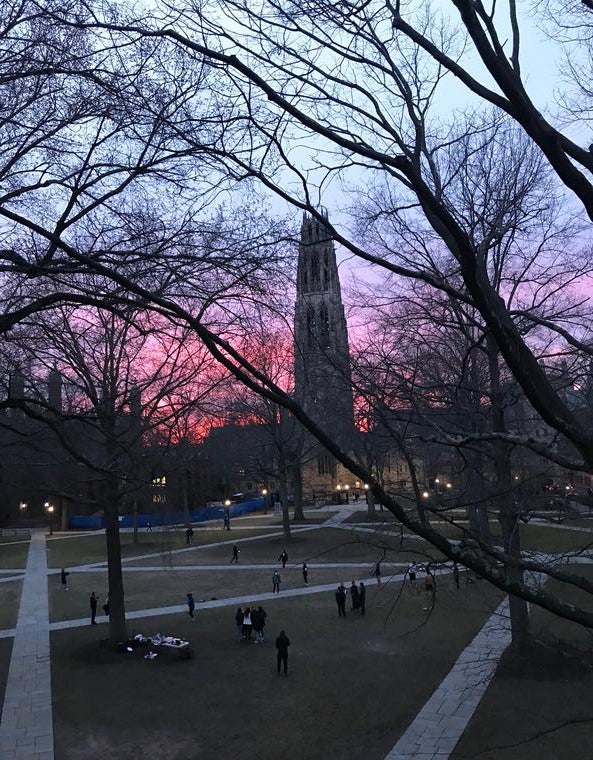 Having grown up in Texas before coming to Yale, I’d never seen snow. One of my first-year suitemates from Vietnam called the both of us “tropical creatures.” When we arrived in New Haven in the fall, we anticipated the piles of snow we were sure we’d see (to be honest, I envisioned the snow piling all the way up to our dorm door). What I did not expect in addition to the snow was how beautifully the campus transformed each season.

Below is a picture catalog of Old Campus and my college, Jonathan Edwards, as they passed through the seasons.

When Yalies first arrive on Yale’s campus in August, we are greeted with sun, some 90 degree days (the dorms don’t have air conditioning!!), and beautiful New Haven greenery. These days are perfect to hit the beach and do work outside while it’s warm enough to do that. 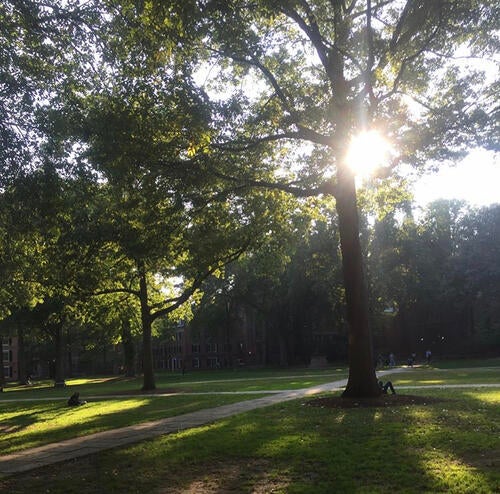 I took this picture when I first arrived on Old Campus

I had never in my life seen trees change colors in the way that they do in the northeast. Slowly, then all at once, summer’s green is replaced with an endless array of red, orange, and yellow. 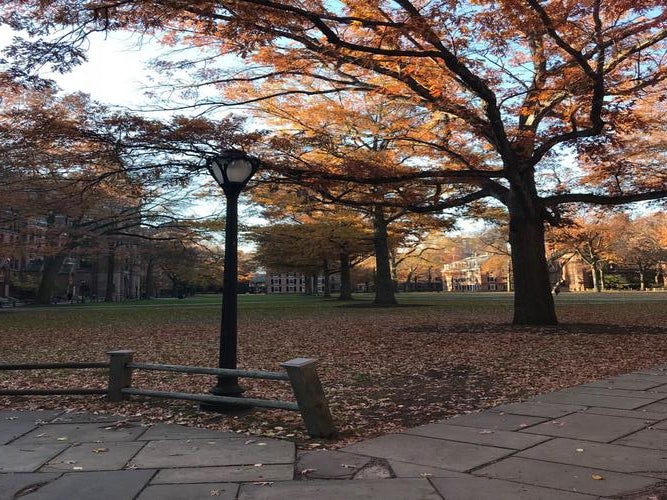 Old Campus in the fall, after the leaves have changed. 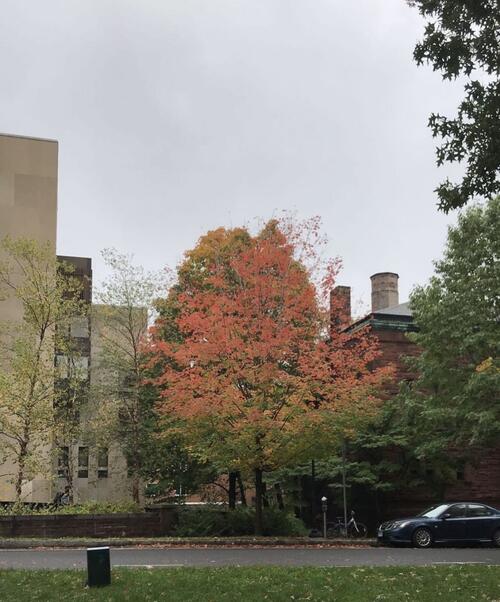 This was my favorite tree my First Year. I’d never seen a tree change such vibrant colors like this before.

Nothing can beat all of Yale covered in a freshly fallen coat of snow. Though we never got so much snow that it blocked our dorm doorways, Yale in the snow continued to awe me (hence, the excessive number of pictures below). Maybe I’m in love because I’d never seen snow before, but mostly I think it’s just because it’s breathtaking. 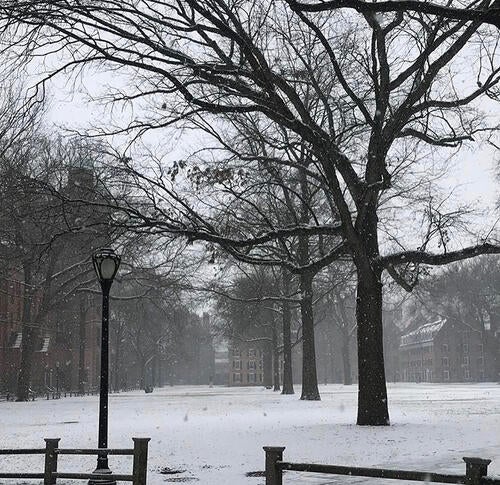 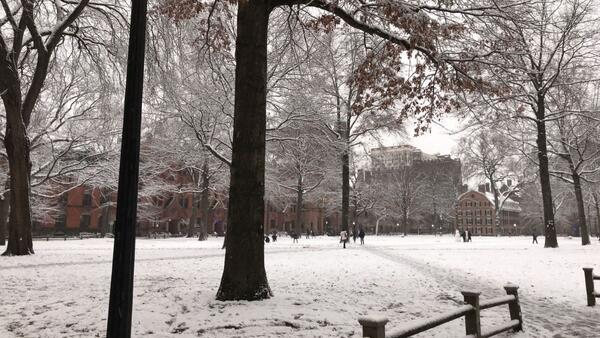 Another view of Old Campus in the snow. Peep Connecticut Hall (Yale’s oldest building) in the back right. 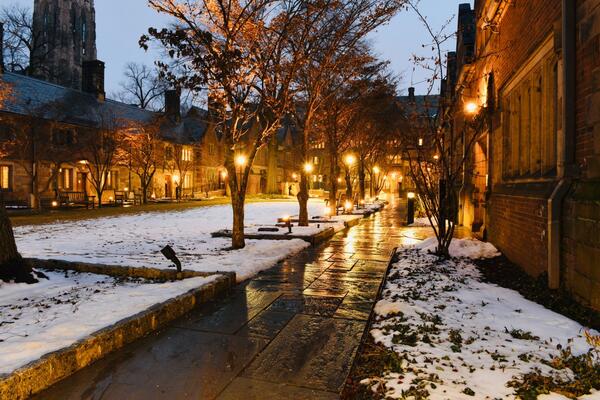 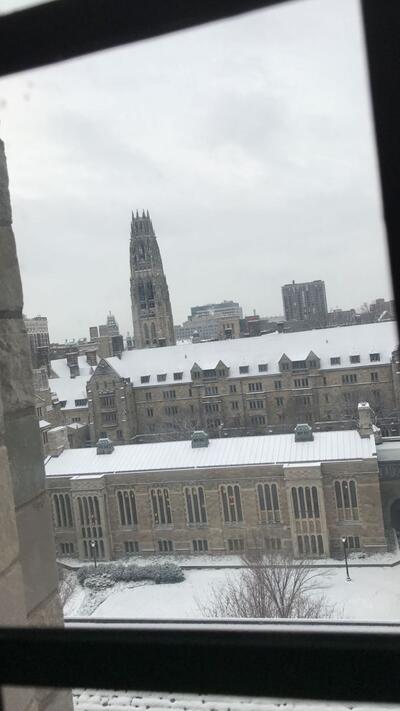 The snow-capped roofs of Berkeley, Branford and Harkness tower, captured from the Sterling Library stacks

Winters in New Haven are longer and colder than anything I’d yet experienced. Having occasional snow storms definitely helped make the cold weather months more bearable, but seeing all the flowers and trees rebloom reminds me that the sun will soon show its face once more (as a tropical creature at heart, it is inivitable that I miss the sun during the winter). 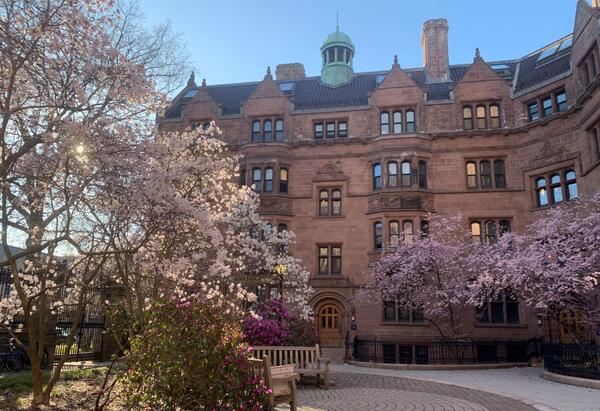 Vanderbilt Hall, one of the corners of Old Campus, behind blossoming trees and flowers 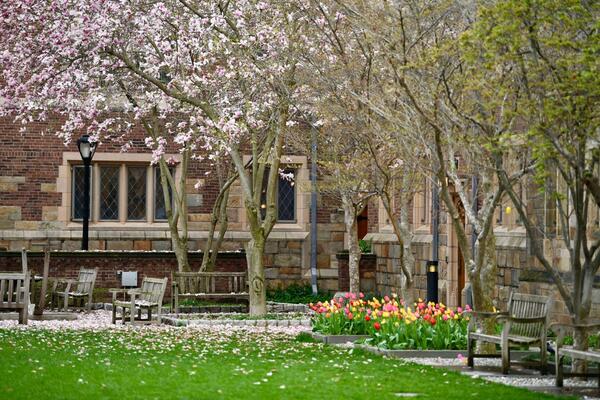 My friend, Calvin Solomon JE ‘21, captured this sbot of the JE courtyard as the trees and JE’s famous tulips blossom. 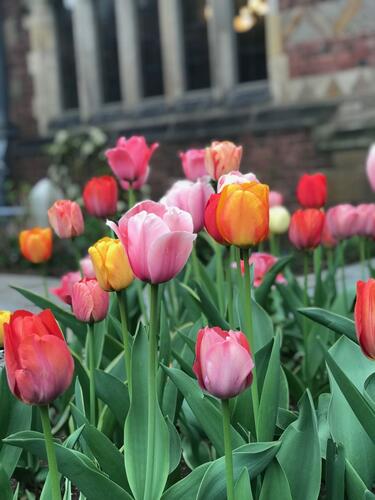 Close-up of the tulips

In the past 3 years that I’ve been at Yale, I’ve seen 3 cycles of Yale through the seasons, and it is not a sight I will ever tire of. No matter the courseload for the week, I know I can always look outside and appreciate the beauty of a campus that remains ageless no matter the time of year.