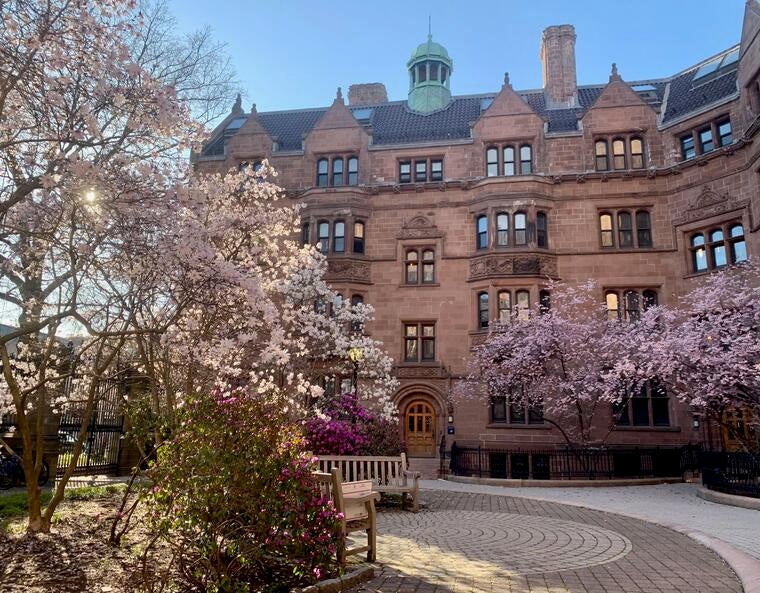 Like everyone else in the world, Yale students’ lives changed drastically when the pandemic began. In March, Yale announced that most students would not be allowed to return to campus. After many emails with my residential college Dean and Head of College, I was one of the few students granted permission to stay. I spent the following months in the ghost town version of New Haven quarantining with two fellow Yale students, Mato ‘20 and Hang ‘21. We did what you and probably most of the world did to pass these stay-at-home days: we joined Tik Tok.

The Tik Toks my friends and I made became a video diary of our time quarantining in New Haven. Shared below are a (very) small selection:

Like many others, we experimented with crazy hairstyles. Mato volunteered as our guinea pig. In one of our first tik toks together, we recorded the hair-dying process.

During the pandemic, Mato took up residence in one of New Haven’s most popular apartment buildings for off-campus Yalies: the Elmhurst. Like many buildings in New Haven, the Elmhurt has been renovated and repurposed many times, giving it a unique character. We came to know it very well through the many quarantine hours we spent there. 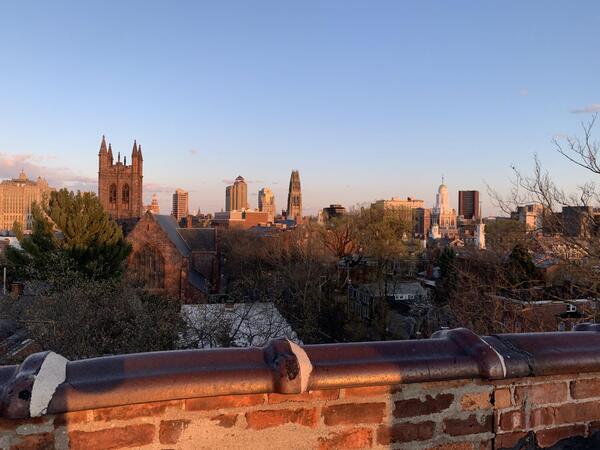 The view of New Haven from the Elmhurst’s roof

2. We made our own Savage dance.

So many dances passed in and out of popularity during the pandemic that we ended up just making our own. Mato, Hang, and I filmed in front of Yale’s Vanderbilt Hall just as all the trees started to blossom. In filming this tik tok and spending a lot of time outside among New Haven’s greenery, I came to appreciate how beautiful changing seasons are here (and also how much I cannot dance). Peep Mato’s Yale Math Club shirt (each letter is typed in a box of fried chicken!).

3. We still kept up with our work.

Though classes moved online, Yale adapted swiftly to online learning, so classwork also (of course) got a Tik Tok feature. In a single day, I submitted my yearlong screenplay project, a 5-page reflection on that project, and a 16-page final essay for my English class. As an English major with a creative writing concentration, I’ve taken a wide range of Yale writing courses. During the pandemic, I continued working with a Pulitzer Prize winning professor on my screenplay, and I kept exploring the decadence of Gothic literature in my Vampire and Werewolves class (that’s the class’s actual title!). 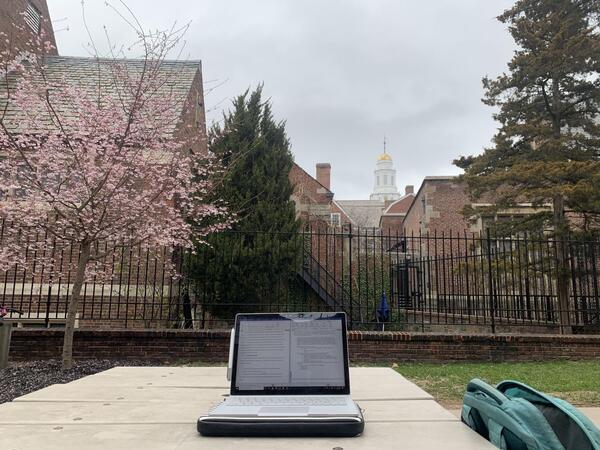 I finished writing my Vampires and Werewolves final paper at a secluded table next to Yale’s AFAM house, overlooking Pierson and blossoming trees.

As the video text notes, we filmed this Savage Love tik tok in front of Sterling Memorial Library late one night during quarantine. One of my favorite things about Yale is the absolutely stunning architecture. Often, it’s easy to forget how beautiful the buildings and city are, especially when we are moving quickly. The pandemic gave me an opportunity to reflect on these spaces and why I love Yale more because of them.

Unfortunately, none of our tik toks went viral. But my friends and I didn’t make them for the fame (though it would’ve been nice). We made them because they were a way  to stay connected and have fun in a time of uncertainty. The videos also provided us with a new way to appreciate Yale. 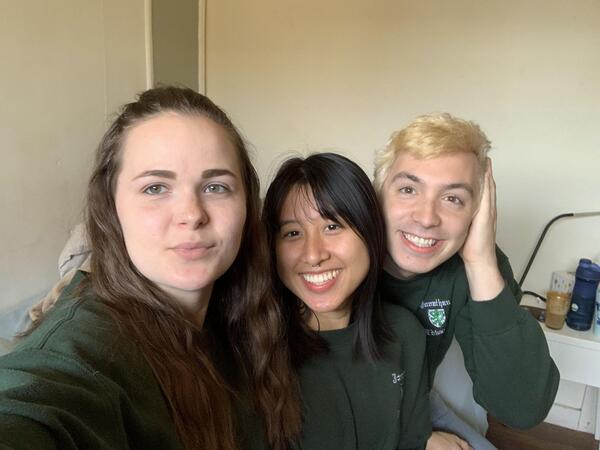 Mato, Hang, and I pose together in matching Johnathan Edwards sweatshirts.

Though the University had only ever closed once before, we found new meaning in what it meant to be Yalies: we learned that going to Yale isn’t about having the same experience as everyone that’s come before you. It’s about finding your own experience, making it relevant to your own life, and having a little fun along the way.