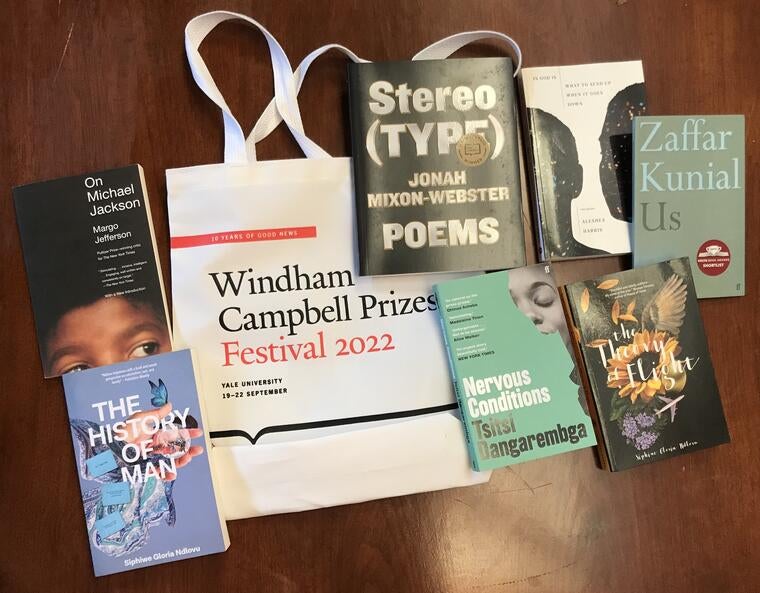 After a mysterious email arrived in my inbox (okay, it wasn’t actually mysterious, it was actually quite clearly written, direct, and comprehensive — but it was unexpected!) inviting me to join the volunteer planning committee, I was on track to help out with one of the fall semester’s most exciting literary events: the Windham-Campbell Prizes. Held every year at Yale in mid-September, the prizes celebrate the work of eight writers from across the world (two writers per genre — poetry, drama, fiction, and nonfiction), who are each awarded a little over $160,000 to support a year of, well, writing and creative effort! The prizes span more than a recipient ceremony, though — they’re also a four-day festival of readings, performances, lectures, conversations, and presentations, all of which are open to the public!

Yale students, often ones who study English, Humanities, or Comparative Literature, get to work with Windham-Campbell program managers (who operate out of the Beinecke Rare Books & Manuscript Library) to make sure the events run smoothly — all while meeting a number of inventive and incredible authors in the process!

But let’s rewind. That all sounds great Logan, but how do you get involved as a student? And what happened to the mysterious email plotline that you just dropped there?

Sure thing! Usually, you get recommended by a professor or another student who’s helped out before. In my case, I was just minding my business and then surprisingly (and happily!) was invited — all the same events are open to all Yalies (and others!) though! While you do have to go looking for some opportunities at Yale, others literally do just appear in your inbox! 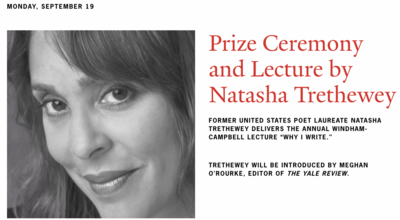 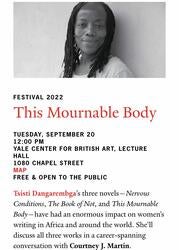 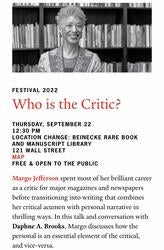 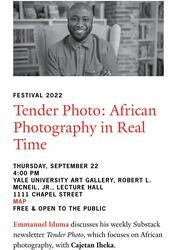 Some of the Windham-Campbell events I volunteered at and got to watch!

I was starstruck at least twice a day for pretty much the entire week. Take an example from Day 1: I attended a formal dinner following the prize ceremony, where I got to sit with Margo Jefferson, one of the prize-winning writers that I’m a big fan of, and whose book Constructing a Nervous System I read earlier this year — and a table away, one my friends was sitting with Natasha Trethewey, whose work we’ve read and discussed in class! I also escorted writers to their speaking events (and chatted along the way about their latest projects, how they got where they are, and in less career-oriented discussion, about how each of us were doing, too!), got to emcee conversations between authors, and generally felt my brain throbbing from all the wisdom, insight, and sheer introspection at each event.

It’s like that Beyoncé lyric from “Thique” where she goes “She thought she was killing that— I told her, ‘Go harder.’” I’d seen, in-person, a glimpse of some of the formidable, sharp, warm, and generous literary minds out there, all of them actively creating — and I felt a renewed inspiration for committing to my own work because of it! It was time to go harder! 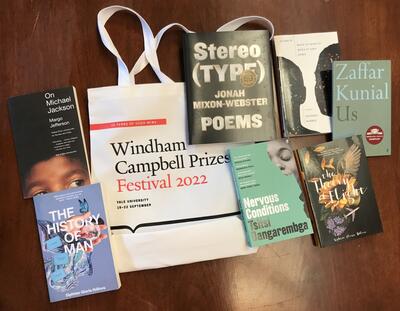 The free tote bag I got, and some of the prize winners’ books that they ordered for me as thanks for volunteering!

In the week-to-week grind of classes and overstuffed GCals, you can lose scope, sometimes, of the dreams and aspirations you applied to college with during your last year of high school. Events like these, though, can remind you of what all that work is in service of, and of all the different possibilities of voices you can develop yours into. (And also, it’s just really, really, really cool to stand in the same room as someone whose writing is so, so good that it unspooled your thoughts and shifted your view of some aspect of reality.)

But seriously — with Yale being, well, Yale — it attracts a variety of professionals whose work, words, and even physical presences can be like wells of energy for you to draw upon and be refreshed by. Beyond a sort of antidote to burnout, the festival felt like a way for me to expand my capacity for imagining what my own creative future could look like, too.