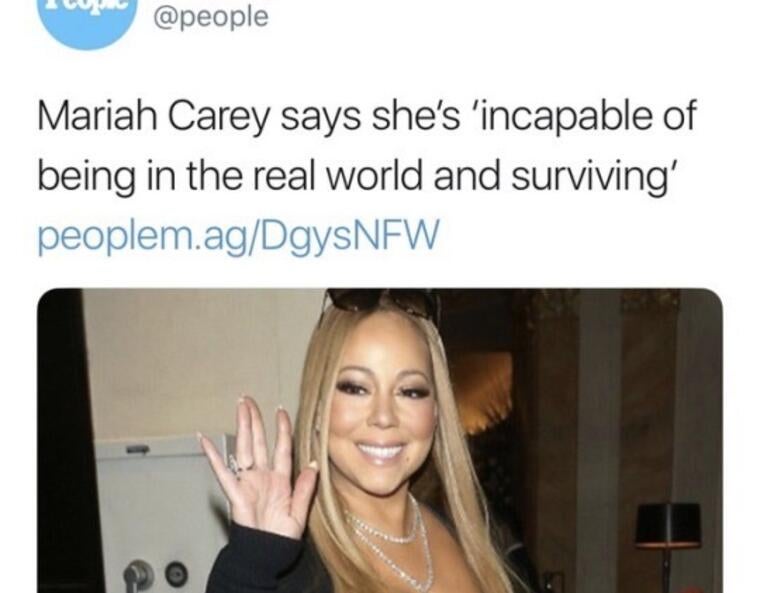 During my senior year of high school, I mentioned to some of my classmates that I wanted to major in English when I got to college — and well, as you might expect, I got varying ranges of reactions. Some went like this:

“I want to major in English and Theater!”

“I want to major in English and Theater!”

“Well, you know the difference between a park bench and an English major, right?”

“A park bench can support a family.”

At the time, yeah, that one stung (partially because of the joke, and partially because I didn’t seem to see it coming). But years later, about 75% done with my time at Yale, I’m here to say you absolutely can major in anything you want, and still find a solid job or internship in whatever area you’d like! Majoring in what you want does not mean you will be broke and prospectless! And one of the most helpful tools for making that happen for yourself is the Yale Office of Career Strategy’s Career Link. 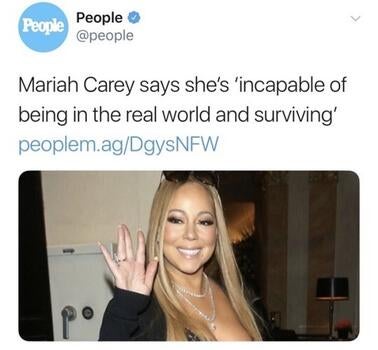 She’s just like me! (But really, everything will work out! And there’s lots of tools to help you make sure it all does!) 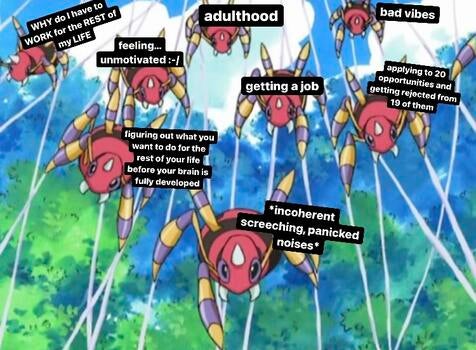 The idea of graduating and finding a job (or even finding an internship for this summer) doesn’t feel quite exactly like being swarmed by giant spiders, but, it’s close! 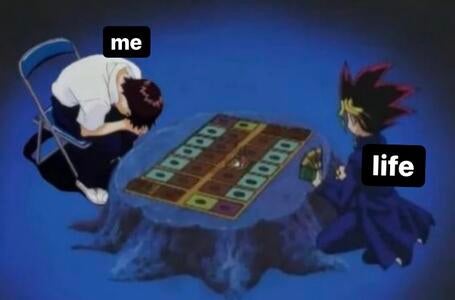 Sometimes, I feel like I’m running out of cards to play when it comes to locking down a job for the summer — but, as I’ve learned time and again at Yale, there’s always a few more options left to consider if you devote the time to looking! A lot of Yale’s resources haven’t necessarily been difficult for me to access as a student, I just didn’t know ones like Career Link existed until this far into my time here. Often, finding out where to apply is 60% of the work! So don’t stress — there’s people and groups to help you look!

What’s that? Essentially, it’s a centralized database where any Yale student can look through various career resources (example cover letters, interview tips) and job and event postings! I didn’t truly begin using it in earnest until this spring (and admittedly, I wish I’d started sooner), but it’s already allowed me to find several moves for the summer — here’s a quick look at how the job search engine (IMO, the most helpful part of the website) works.

Once you’ve set up your account, which is kind of like a Yale-specific, mini-LinkedIn, you can search up a bunch of different jobs based on whatever criteria you’re interested in! 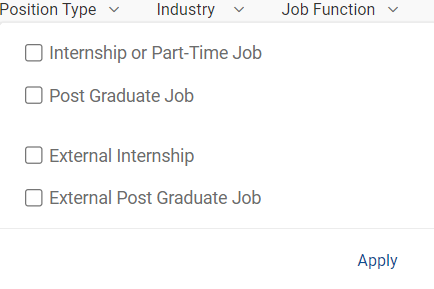 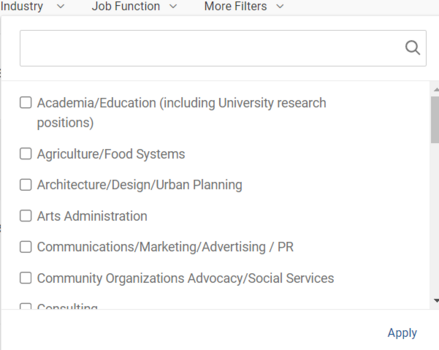 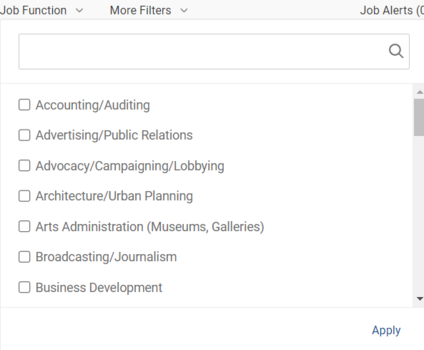 Of course, there’s more options than what you can see here, but just from the searches I’ve done already this semester, I’ve found: two publishing internships, a few film and TV development internships, a position at a multimedia think tank, and a few different career development fellowships. And that’s just within the fields I picked out! New positions also get posted regularly, about each week or so, so it’s also good practice to keep checking.

Navigating it as a Yalie mostly focused on humanities and writing has actually been less bleak and more exciting than I’ve been made to anticipate it would be — if anything, it’s overwhelming trying to figure out what I want to do, when to do it, and what I truly want to devote effort to putting together an application for.

But the options are there. You won’t starve post-grad! And you’ve got choices and the time to make them — which for me, has been the greatest relief of all.