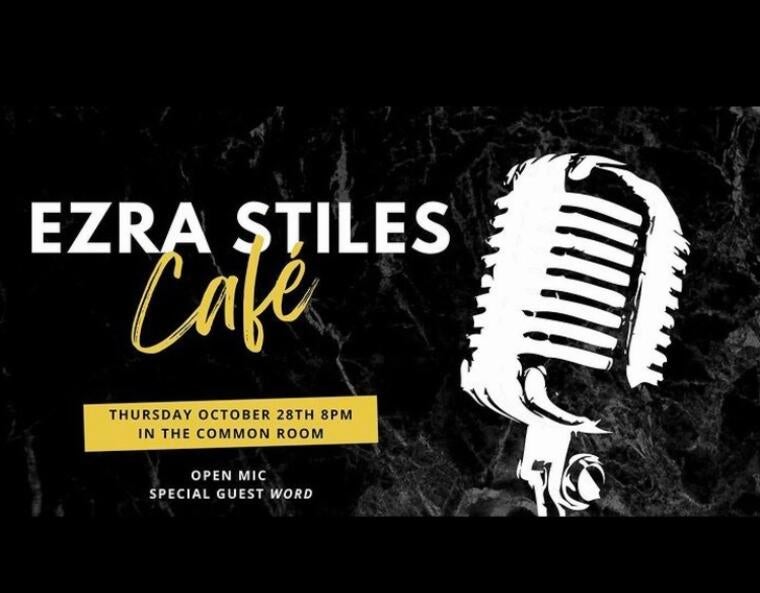 I arrived in the Ezra Stiles Common Room shambling and sweaty — as it turns out, sprinting from your apartment while wearing three layers does have its consequences. Still, after I settled down (on one of the room’s many comfy sofas), breathed, breathed again, and finished transcribing the last of my poems into my notebook, it weighed on me that this would be the first time I’d be performing in-person at a WORD event since March 2020. I was a bit nervous, sure, but also just thrilled to have a live audience (rather than a placid Zoom screen) to perform for, and more importantly, a creative community to be in again.

Ezra Stiles’ Head of College, Head Camacho, had reached out to our group to start off a community open mic event — a few other friends from WORD and I would perform a couple poems each, just to open the event, and then anyone in the audience who wanted could approach afterwards. And do what? Well, pretty much anything: perform poetry, tell a story about your life, rap, sing, do a dramatic reading of a medley of Frank Ocean lyrics. It was up to you! 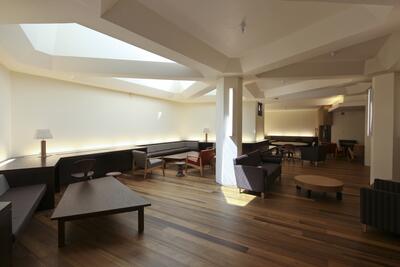 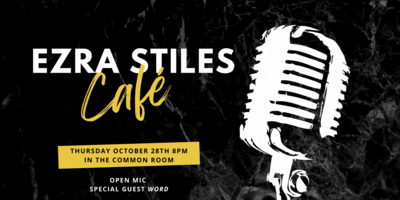 The flyer for the event! 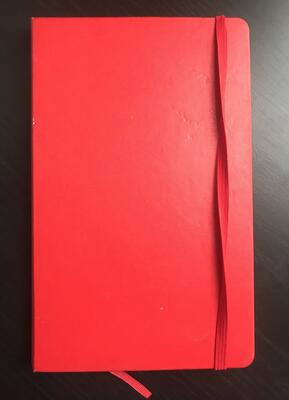 My red moleskine notebook, where I transcribe all my poems that I read for performances!

After we’d performed — amidst a cloud of laughs and whoops of encouragement and soft murmurs — it was the crowd’s turn to become performers. And they did! As people came up and sang and storytold, it became a community space that was silly and heartfelt and earnest, one where regardless of experience, you could speak and have room made for your voice. No experience at all? Maybe it’s your hobby? You dabble? It’s your lifeblood? You’ll never do it again, but you’ll try it now for fun? You had something you’ve been working on, but have never read it in front of another person before? All fair game! The room, caught under a soft glow of lights and wreathed in the scent of coffee and chocolate biscotti, filled with a chorus of voices, was ours. “This is your space,” Head Camacho said to us throughout the evening. Any time we wanted to set up another open mic night, she’d told us, she was here to help make it happen.

As exciting as it is to perform with my friends in WORD, and other poets I know on campus, I’ve missed places like these — rooms full of unpredictable joy and spontaneity, of kind strangers, spaces where there is always someone new to listen to and with.