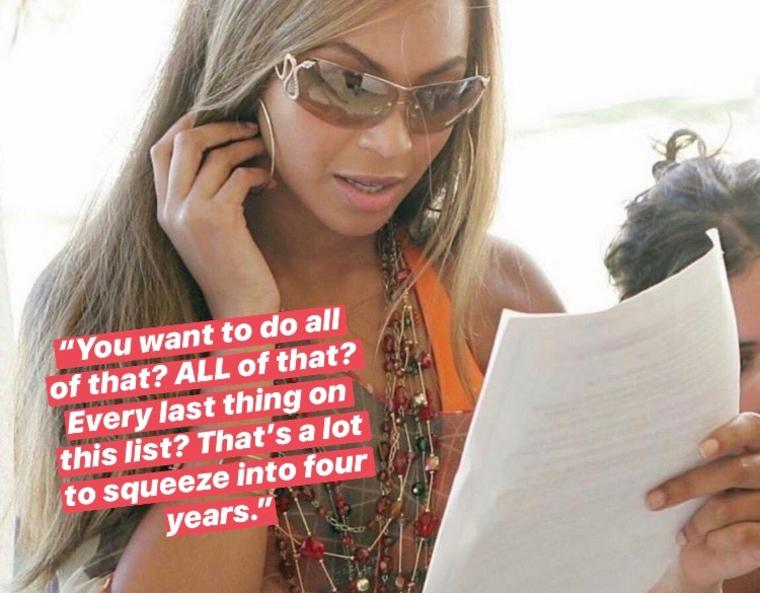 Earlier in the academic year, near the end of the fall semester, my Head of College called all the sophomores in my residential college to a fireside chat — a short meeting with snacks about the rest of our time at Yale. At some point, I heard “you’ve got a few semesters and some change left” — the chat was intended to make us stop and look around for a moment and think about what we’d already done and still wanted to do. Did that small collection of words instill a brief, profound, but somewhat motivating sense of terror throughout my entire being? Sure, but I parlayed that into a problem for Future Me to worry about. Junior year, or even the next semester seemed like vague, shapeless wisps in a distant future then.

Now that I’m at the end of my sophomore year, though, (and Future Me is now Present Me) the fact that half of my Yale experience is over has begun to set in. My Head of College asked me and the other Silliman sophomores to give some thought to what we’ve accomplished and what we still want to do before we graduate. That suggestion made me 1) regret that I had any critical thinking skills at all, and I like to imagine that I’d be blissfully content if I didn’t, 2) quite uncertain about what I knew that I wanted, definitely, and 3) genuinely inspired me to revisit my Yale bucket list! In my two years here (even typing that feels odd) I’ve both lived and delayed some of my dreams — and as much as I (think?) I’ve done, reflecting on all the time come and gone has reminded me of how much I still want to do.

Some Things I’ve Done that I’d Been Meaning to Do!

1. Joined WORD: Performance Poetry at Yale and Heritage Theater Ensemble! I’ve wanted to be in WORD since I was a prefrosh, and found my way into HTE by happy accident, and both have grown into small pockets of second and third families on campus.

2. Took (what I think is, or at least is the closest thing to) my dream class at Yale, African-American Literature in the Archives! I’ve been a huge Langston Hughes fan since I was 12, and I got to work with some of his original manuscripts, notes, and correspondence through Yale’s libraries this semester.

3. Acted in a play! This past fall, I performed in a production of Sweat, with one of my friends as the director. It was my first time (of many, or at least, a few more I hope) in a lead role in a full length play, and it was both petrifying and energizing!

4. Did one thing each week (well, more or less) that scared me! During my first week at Yale, I made a pact with one of my friends that we would each do one thing each week that scared us — something new or out of our comfort zones or nervewracking. For the most part, I’ve kept up with that timeline, and have been pushing myself to grow (even if it’s in a small, seemingly inconsequential way) a little bit each week!

5. Made lasting friendships! I’ve met some people who I can call close (and I hope, lifelong) friends — remember when Nicki Minaj said “my life is a movie, I’m never off set / me and my amigos (no, not Offset)?” If you don’t, that’s cool too, but the essence of those bars captures the vibe of Yalies I’ve met here. Whether each day is rough, dreamlike, cinematic, frustrating, or golden, every one spent with my friends is always memorable and freckled with bits of laughter and toothy smiles. 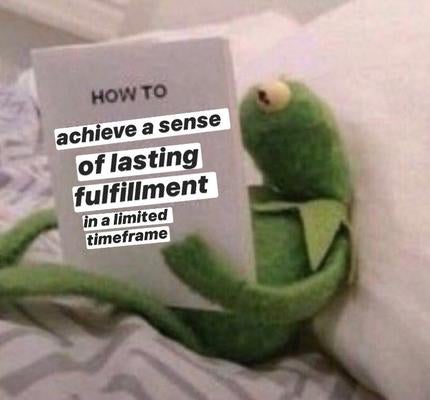 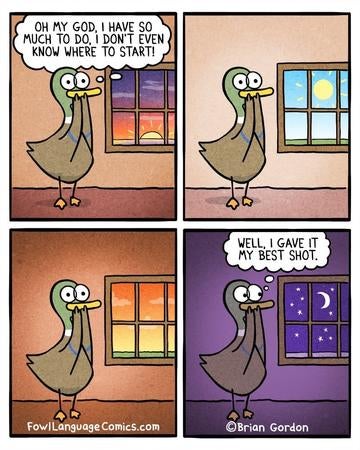 Me attempting to do everything I’ve planned to do! Comic credit: Brian Gordon. 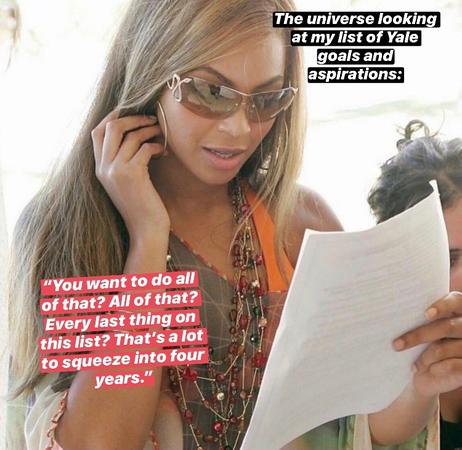 Aspirations/Some Things Yet to Come!

1. Release my own poetry chapbook! At some point in my Yale future, I’d like to self-publish my own compilation of my poetry with the help of a few of my friends who do illustrations (after I write a short book’s worth of poems, but that’s another problem for Future Me) using the Creative Performing Arts grant to help fund the project!

2. See my own work performed in a Yale theater! It’d be one thing to write my own original play while here at Yale and another to see it built and whisked into life on-stage — a couple of my friends have already staged their original (theatrical) work and, highkey, its been stunning and inventive each time.

3. Take more creative writing classes! Though I already took creative writing classes like Daily Themes and Writing About Place this semester (which I think have already changed the way I write in the best ways possible), there’s so many others on my roster — Writing the Television Drama, Playwriting, Advanced Poetry Writing, Writing About Oneself. All of them are taught by standout professors whose past students have passed on glowing and mysterious reviews to me that make their classes seem near-mythic.

4. Explore the residential college facilities more! There’s a movie theater, recording studios, (visual) art studios, looms, and chances to practice bookbinding and pottery, among others — all in the res colleges. If I can find the time (and muster the will and room in my brain to learn how to work them all), I want to try using each facility at least once.

5. Keep getting to know New Haven! College is of course more than, well, the actual college you’re studying at — I want to spend more time hiking up to East Rock and going to all the local restaurants and getting to know people who aren’t (so directly) linked to Yale itself.