My Summer Plans Got Uno-Reversed 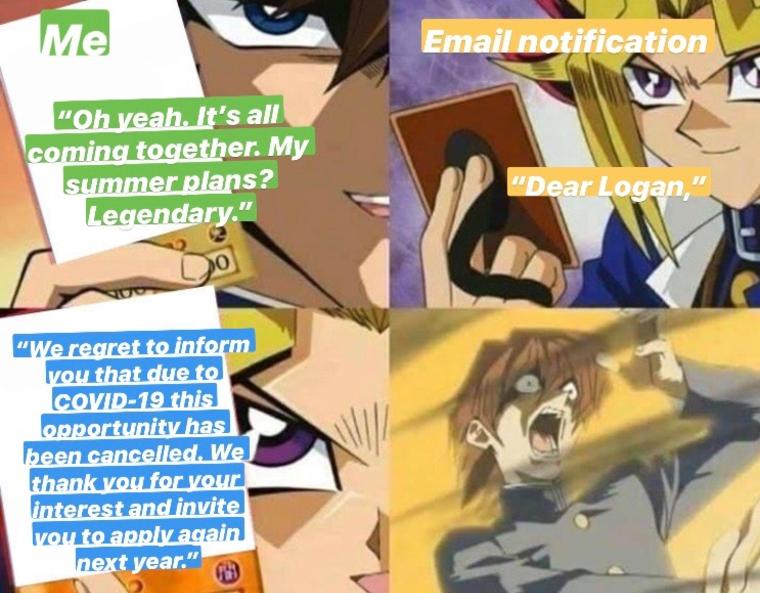 On paper, or perhaps in my GCal, 2020 looked like it was going to be my year. I was going to Virginia to compete with the other members of the Yale Slam team at a national performance poetry competition in April. My friend Kadi, who I planned on living with next year, had gotten into the same summer study abroad program as me: we were going to spend five weeks in the south of France, focusing on travel writing and geography. I’d planned on having a theater internship in New York where I’d get to work on newly written plays. I had performances scheduled and planned, I was booked, busy, flourishing, thriving. My friends and I had joked that after stumbling through 2019, 2020 would be the year we got organized and worked towards reaching out final forms, and for a short and lucky stretch of time, the semester went according to our plans — an even blend of fun and purpose.

In light of the pandemic, however, those aspirations were (rightly) put on hold. Our plans for a hot girl summer spent splitting our time between dancing to Doja Cat and Megan Thee Stallion, and embarking on as many new and exciting projects as we could commit to had to be reshaped to fit within quarantine. 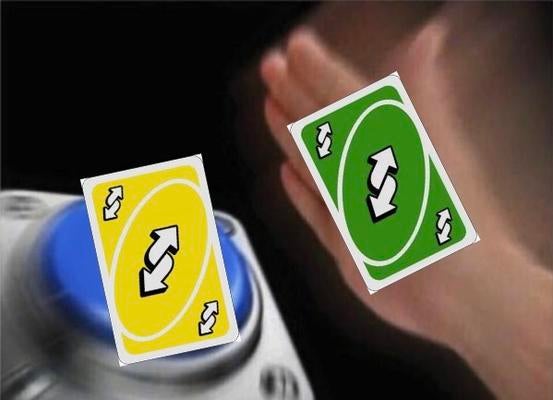 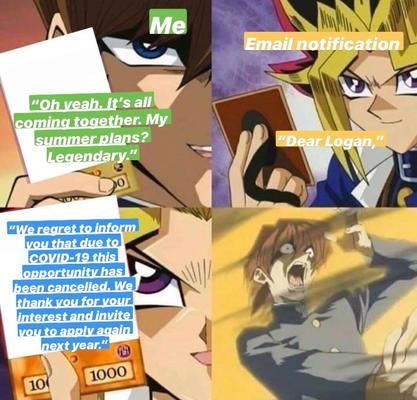 Real, 100% accurate photos depicting my plans for the summer being reversed from scheduled to cancelled!

With most, if not all, of our initial summer plans effectively cancelled, my friends and I began reimagining what we could still do and get out of the months ahead of us. With the first few emails announcing postponements and cancellations, we worried that there might be a summer of 2020 in which we did nothing aside from staying at home and binge watching The Great British Baking Show for want of internships, projects, and other opportunities to apply to.

The discouragement and sense of losing something before it’d begun hit in waves the more that time passed, but regardless of if it’s in person or online, I remembered that Yale (like many experiences) is still what you make it — all we had to do now was take the initiative to remake and remold it. A hot girl summer would still be possible! It would just be re-envisioned, socially distanced, and remote at times! I had to remind myself that although Yale made figuring out and organizing all the opportunities and busyness in my life easier, more certain, and more accessible, I was still a capable and busy person before I came here — and the skills that had gotten me here hadn’t been cancelled with my original plans. There were still plenty of things to do and be excited about, even if they wouldn’t be quite as clear to find. So, despite all the cancellations, delays, challenges, and curveballs that have come these past couple months, we’ve still managed to create our own (albeit very different) summer plans — call it working towards uno-reversing the uno-reverse.

1. Designing my own game!

When I was 15, I started teaching myself how to code using the C++ programming language so that I could make additional content for one of my favorite childhood games. It was a hysterically nerdy and unnecessarily difficult undertaking in which I’d planned a whole separate add-on complete with 26 separate levels, some of which had sub-levels, and then those levels had multiple parts — it was overly ambitious if not impossible for someone with so many other obligations and work at the time. For years, I’d only found sparse pockets of time to work on it over breaks or on weekends. Now, of course, time is in surplus! So, during May, I’ll be brushing up on my coding skills and working to finally release a full, complete version of my game that players can download by the end of the month — the first of a couple old projects I’m getting around to finishing in quarantine.

Coding the rest of a game in three weeks wasn’t enough? I’m also working on a full-length play inspired by the Alicia Keys song “You Don’t Know My Name.” Me and my friend Cleopatra, both Theater Studies majors, thought we’d materialize our nascent ideas for stories about music and healing and aunties and real people inspiring fictional characters onto the page, sending each other drafts and late night-epiphanies and story arc ideas. As much as I miss my friends and all of our antics - eating garlic knots at midnight and talking until 5am and having races spent sprinting between residential colleges - we can still be resources for each other.

Many of my professors this semester have encouraged us to keep reaching out to them, even after the semester ends, throughout the summer and our time at Yale. Partly because I miss being in their classes, and partly because I am genuinely curious, I’ve planned to ask my professors for their summer book recommendations! Me and a few friends decided to start up a book club focused around Black literature in the hopes of reading for pleasure now that we have the time, but also to further explore parts of our classes and authors who we hadn’t had the chance to during the school year. Assigning myself Toni Morrison readings for the next three months for fun? Asking my professors about their favorite books? Having a Zoom meeting to talk about books and veering off-topic into something else? Analyzing the lyrics of “Savage” as a literary text? Truly anything is possible.

Yale Summer Session - which offers online classes that count as Yale credits - is also an option! One of the summer classes I’m taking is Movie Physics — we’ll watch popular clips and then calculate if what happens on the screen is physically possible. I’m hoping part of the syllabus includes Rose and Jack’s floating door from The Titanic so I can prove that both of them could’ve survived.

5. Opportunties we don’t know about yet!

By nature, all of our worlds are uncertain right now. Every week, I’ve seen new emails about different writing awards and job openings and remote internships pop up, my friends passing on anything they catch wind of that seems promising. Although they won’t be quite as grand or lively, we’ll still have plenty of plans — and maybe it’s not such a bad thing to have some empty space that compels us to slow down and spend more time on ourselves for a while.