I Got to Perform a Monologue About Arugula, and Yale Funded It! 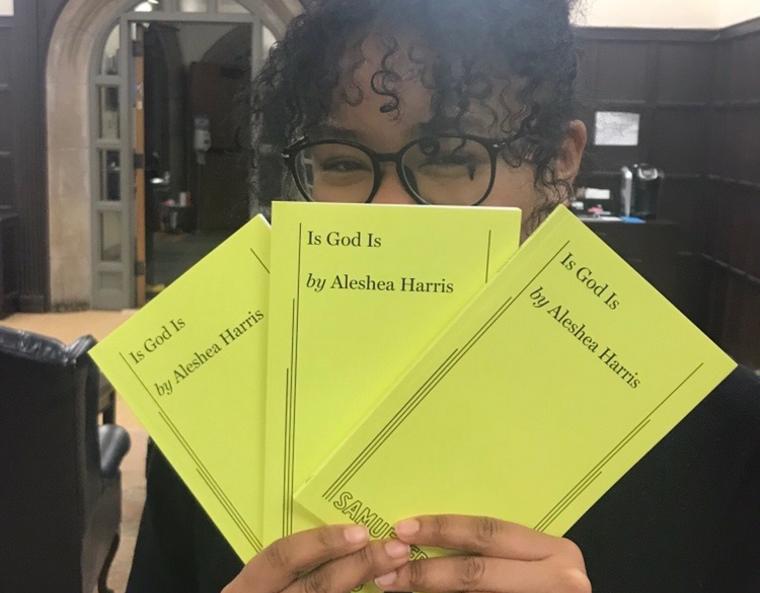 I had set a timer to wake me up 15 minutes before the reading started. But having slept through two fire alarms entirely, and part of my suitemate’s next-door a capella rendition of Shakira’s Super Bowl performance, the By The Seaside alarm tone was no match for me. So I woke up at 8:12 for an event scheduled to start at 8. Infused with panicked and chaotic energy from my power nap (which was actually really restful!) I careened from my room to the AfAm House. That Sunday night was the first of the semester’s “Black Play Sunday” series — a small gathering of students reading through a play written by a Black author together, hosted by Yale’s Black arts collective, Heritage Theater Ensemble.

I arrived, wobbling into the House with my overstuffed backpack. The event hadn’t started yet. Me and a few other members of HTE chatted for a while, circled in a small group. Eventually we ate some snacks, drank some tea, and read a play together. Simply enough, that was the entire evening. We huddled around a small wooden table covered with Birthday Cake Oreos and six different flavors of Tazo tea and kettle corn and pita chips, gingerly reaching out to grab another snack in the middle of a scene, softly reading through the script.

Nearing and during the middle of a semester, Yale can have the potential to feel claustrophobic or overburdening. Sometimes, we forget to prioritize our own health amidst the apparent rush of midterm season. So, my theater group applied for a Student Wellness Grant, or funding given out by Yale’s Good Life Center to student groups who hosted events that centered and practiced any form of wellness. Eating well? Mental wellness? Napping well? If you have an idea for how you can strive towards living even a little bit better, you can pitch it and Yale will fund it — we decided to buy scripts and read a strange (but also really good!) play while munching on our favorite things to grab during snack runs to CVS. Rather than feeling any pressure to create something, we just wanted to take a break and have a wholesome time, experiencing new something and feeling well together. 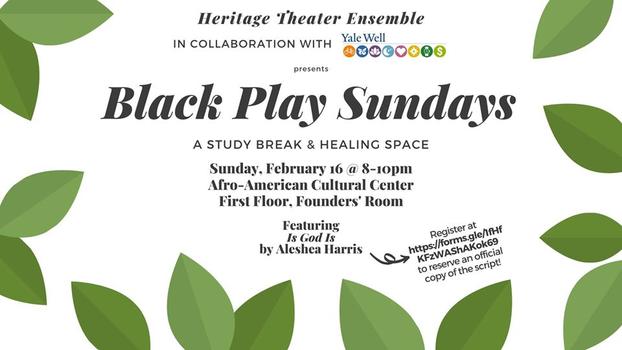 The poster for the event! 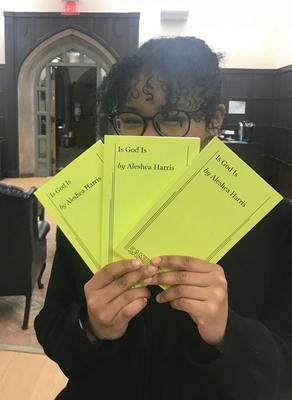 Vanessa, one of our Artistic Directors, holding up copies of the play we read!

We read Aleshea Harris’ “Is God Is,” a play that included two sets of twins, explorations of intergenerational Black family dynamics, an inferno, dialogue written in all caps, and, most excitingly (for me at least!): a full-page monologue about arugula (yes, like the cruciferous vegetable!), most of which was the charatcer just cackling. In two hours, we stumbled into character, broke out of character, gave one character a Cockney accent (but only for three scenes), debated the merits of Birthday Cake as an Oreo flavor, burned our tongues on prickly pear tea, tried dipping the aforementioned Oreos in said tea (this proved to be a bad idea and I was instantaneously filled with profound regret), got sidetracked practicing Megan Thee Stallion’s signature ad-libs, and eventually, finished a complete read-through.

We set down our scripts and sighed. Stared blankly for moment. Laughed, then sighed again. There were exams just behind us and exams just ahead of us. But we’d had a couple hours to appreciate something odd and wonderful and to spend time without budgeting it, our out-of-pocket giggling and voice acting echoing around the AfAm House. Some weeks, we book ourselves so fully and become so busy that even time together with friends is scheduled. Still, this was one Sunday night in the House where we could read something by a Black creator and take the time to think about it and laugh with it and see it conjured to life by our voices. Where we could be together and feel fully present where we were. Where we could be well, together.