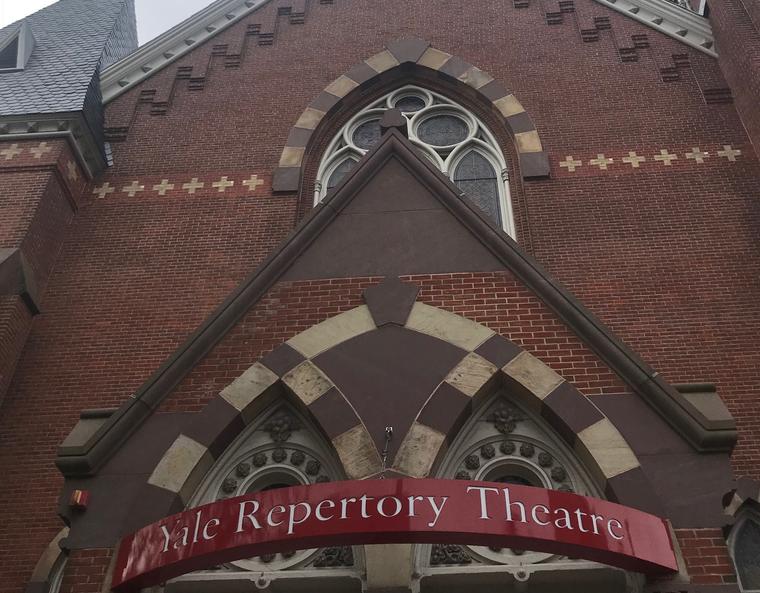 After, or even before the daze of shopping period wears off, and the first few weeks of the fall semester sprint by, performance groups reignite, with student shows going up as early as September. Nearly every weekend is characterized by a deluge of Facebook events for stand-up comedy events, poetry open mics, dance shows, a capella concerts, and perhaps most expansively, theater. At Yale, it’s not uncommon to have two, three, or even five plays going up every weekend. Once I’ve gotten tangled in the spiderweb-like network of invites from friends, acquaintances, and classmates, my Thursday, Friday, and Saturday nights unravel into a collage of sprinting from show to event to meeting, trying to keep all the promises I make.

Just this past weekend, there were 5 shows going up - more than I could see in a three-day span. (Where’s Hermione? I need her time turner so I can be in two places at once.) Rather than trying to stretch myself across space and time, (and I have tried to will myself into studying in Bass library while simultaneously being in my common room watching Rhythm + Flow, it doesn’t work) I resolved to see a different show each night. 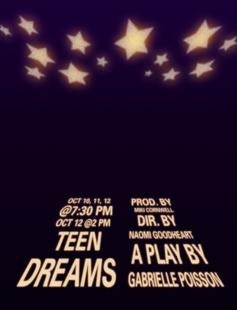 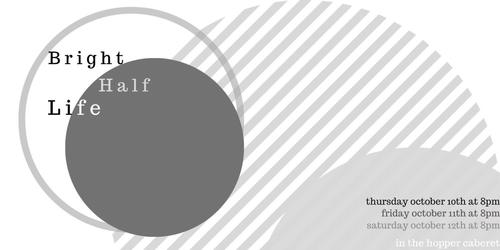 “I recognized your laugh in the audience and automatically felt so much better!”

“Wait, really? Is it that distinctive?”

Yale theater audiences often feel cyclically collaborative and supportive — members of previous casts will go to see their old co-stars in their future acting ventures. The more shows you perform in, the greater number of people genuinely curious in what you get involved in next — Bright Half Life was directed by a friend who was also an intern at the Cape Cod Theatre Project this past summer!

Going to a show to see one person you know well, and discovering that someone else you know tangentially is also performing, is a familiar surprise every weekend. During past shows, I’ve thought “Oh, haha, I’ve only ever made fleeting and uncomfortable eye contact with you once when I inelegantly tripped up a flight of stairs, yet here you are displaying all of your talents on stage! It’s totally cool that you also have a complex and involved life on campus!” Or, more recently, I went to see a friend and former scene partner of mine in Teen Dreams, and I discovered that the lead actress in the play was someone who sat across from me in my Conservation Biology section. Small world?

Teen Dreams and Bright Half Life were CPA shows, or plays funded by a Creative & Performing Arts Award — a grant from Yale ranging anywhere from $500 to $1,500, usually provided for student theater, but also usable for poetry chapbooks, films, and concerts among other projects. CPAs can include both original shows (Teen Dreams was written for a playwriting seminar class) or published material directed with a fresh twist, usually occurring in one of the several theaters housed in the residential colleges.(Teen Dreams was in Pauli Murray’s Lighten Theater - there were two floors of stages, but the upper floor was also a balcony? It looked dope!) Performances are always followed by a soft din-like chorus of smiles and gentle laughter and wide hugs when the cast emerges from backstage. 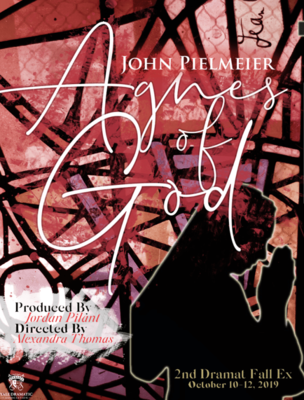 I gradually recovered from the arresting tsunami of emotional whiplash after watching Teen Dreams and Bright Half Life (in the abbreviated words of visionary and world leader Lil Uzi Vert, “that HURTED.”) The next day, I was ready to have my emotions and tear ducts throttled by my talented classmates for a third time in 72 hours — so I saw Agnes of God, one of the Fall Ex shows, or plays that precede the mainstage put up by the Dramat, the largest undergraduate theatre organization at Yale. Agnes followed the previous week’s production of Sweat, (my first time performing in the Yale Repertory Theater!) and seeing a whole new cast and set on the stage was an eerie mix of bittersweet relief and awe. 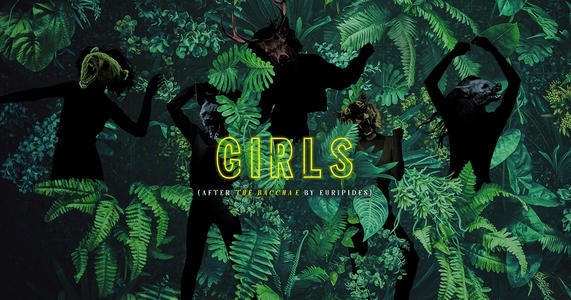 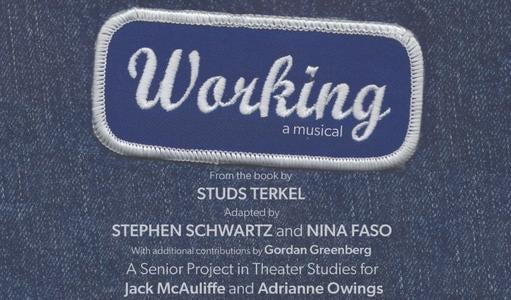 Rounding out the last of the four shows I saw was Girls, performed at the University Theatre, (have you lost count of the number of theaters at Yale yet? Me too) which is often used by the School of Drama. As much as undergraduate theater is vibrant on campus, graduate and other productions are also flourishing at Yale, and in and around New Haven. It was a wild, thumping, electrifying mix that left me and my friends renewing and revisiting our plans (or perhaps schemes) to create theater at that level (they also played Tia Tamera by Doja Cat ft. Rico Nasty at one point during the show! Only at Yale have I seen absolute bangers like that song and pop culture merged together in one exhilarating, multimedia performance.)

Also going up that weekend was Working, and while I couldn’t see it, senior projects (productions put on by Yale seniors as part of the fulfillment of the Theater Studies major) are abound and in progress from late September through April.

By Sunday morning, I’d stepped off a windswept, adrenalizing rollercoaster, overstuffing my brain with a buffet of different shows, each replete in their own message and style — dizzyingly prepared for the next volley of performances next weekend.