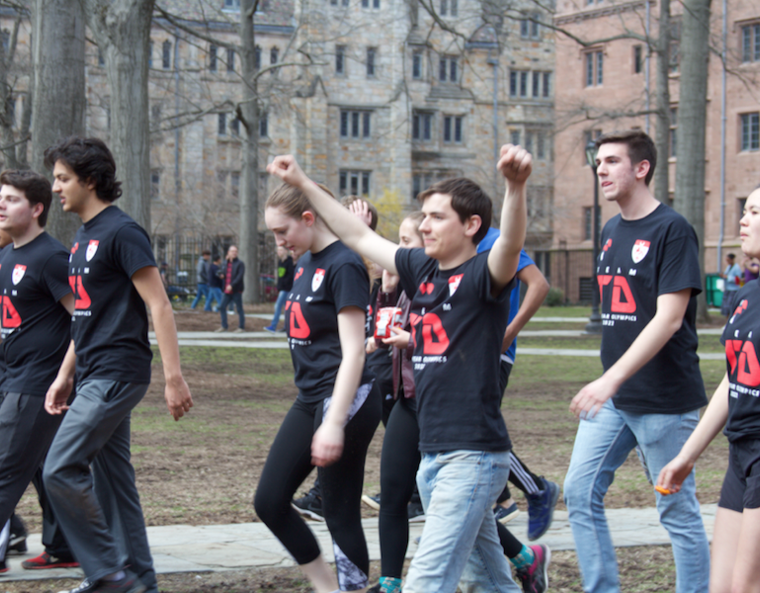 “This is a recruitment. We need someone for the rap battle.”

I stressed that I was not a rapper. Did I have several Jay-Z and Nicki Minaj verses memorized? Sure. Could I convincingly lip sync to “We Belong Together”? Definitely. But freestyle? Not possible. Maybe I could pre-write and memorize something.

“You’re quite literally the only TD first-year that can do this, Logan.”

Such was the back and forth between me and my friends until I gave in — I was slated to be Timothy Dwight’s representative in the rap battle during the First-Year Olympics. 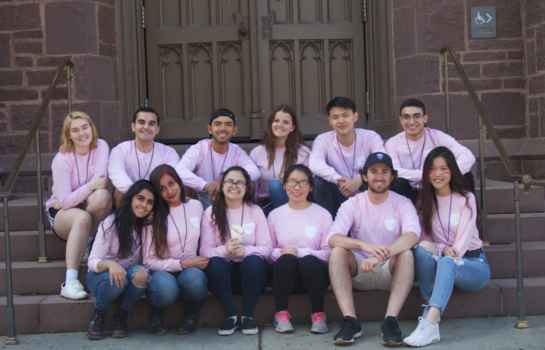 Our First-Year College Council! They planned and put together the Olympics.

The First-Year Olympics are the culmination and pinnacle of residential college pride at Yale — high-energy, orderly chaos replete with voice-scratching chants and ear-to-ear smiles. Events range from tug-of-war to Mario Kart tournamenrs to inflatable jousting to rap battles. Each college competes for the top three spots in every event — but the three colleges who place the most and best across all of them can claim a variety of prizes. The prospect of free pizza? Enough to motivate me! 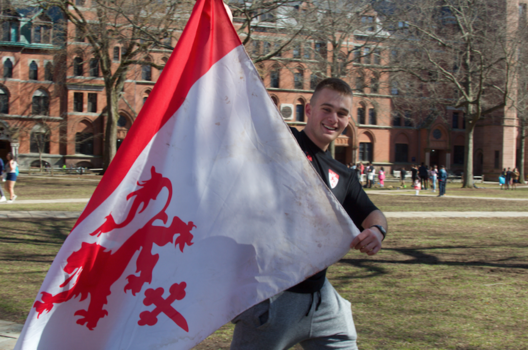 Will waving the TD flag!

I began writing the diss track of the century the week before, sectioning it off into four verses. I studied the heaviest hitting raps I could think of - Mercy, Roman’s Revenge, Monster - as I penned and memorized the raps. It was going to be epic. Career-ending. Gravity itself would invert at the sheer power of my wordplay. A video of it would go viral, and I would be instaneously signed to Young Money. From this moment forth, I could forget about college and enter the rap game. I was simultaneously terrified and ecstatic. 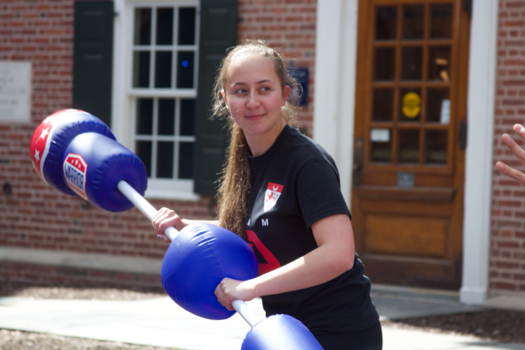 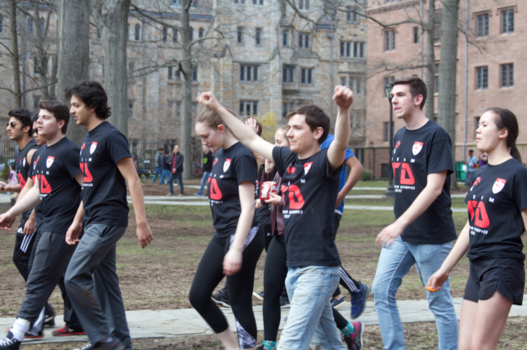 Calvin, our fearless hype man, leading the rest of TD through Old Campus during the Olympics.

“These SoundCloud link in the bio lookin, out of sync, outta lines, stutter like a liar lookin, couldn’t find bars in a prison but he tryin’ lookin, cower when I roar just like a red lion lookin mans.”

We marched across Old Campus, approaching the distant echoes and booms of the speakers, with a crowd of first-years from every residential college assembling into a coliseum-like circle, hyping each other up. From that point on, it was an absolute fever dream-mirage. At one point I was sitting atop someone else’s shoulders. I was crowd surfing. I was being lifted into the air. At another point, I think I was thrown, but I jumped at the same time, so I was diagonally airborne? We screamed and chanted and drowned out the other colleges, until our voices fused into one cacophonous roar.

I forgot my raps mid-battle, but then remembered them, but then forget them again — it was  chaotic, in an amusing yet frightening way. The rules changed and bent and reset. Nothing, and no one was safe from roasting. My shoes? My forehead? My WORD bandana? My Mariah Carey t-shirt? I got absolutely dragged. Some contestants had bars. Others didn’t. I heard some lines that were straight fire. I heard some lines that elicited more questioning expressions than excited exclamations. There were lots of declarations that someone was going to steal another’s girl and take her overseas, or buy her “ice.” Old Campus swelled with soaring laughs, gasps, and mock-rivalries that thinly veiled a lighthearted camaraderie. 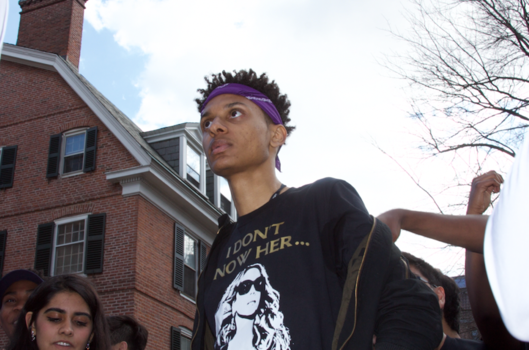 Me during the rap battle, complete with my Mariah Carey t-shirt and WORD bandana! 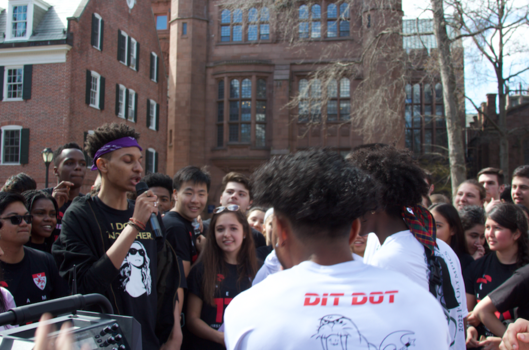 Me spitting bars? Or me getting absolutely smoked by another competitor?

“Nothing, I just think my brain suppressed that memory.”

I finished 2nd in the rap battle, though I don’t fully remember the exact path of events that led me there. More than a few times this past week, a familiar pattern has repeated: someone says “good job during the rap battle,” I don’t remember the line they liked, and then my mind unburies the hysteric whirlwind that was the hour and a half of battling. My residential college finished 6th overall — but it was still memorable.

The sun set and we danced to Bruno Mars & Cardi B’s “Finesse” and waved our flag and played soccer in the mud. We had fun. We said funny things. We said dumb things. As we returned to the TD courtyard, the beat of Lil Duval & Snoop Dogg’s “Smile” emanated from a speaker, the yawning horizon gifted us a few more minutes of light, and the Olympics’ electric, fleeting exhilaration settled into memory.