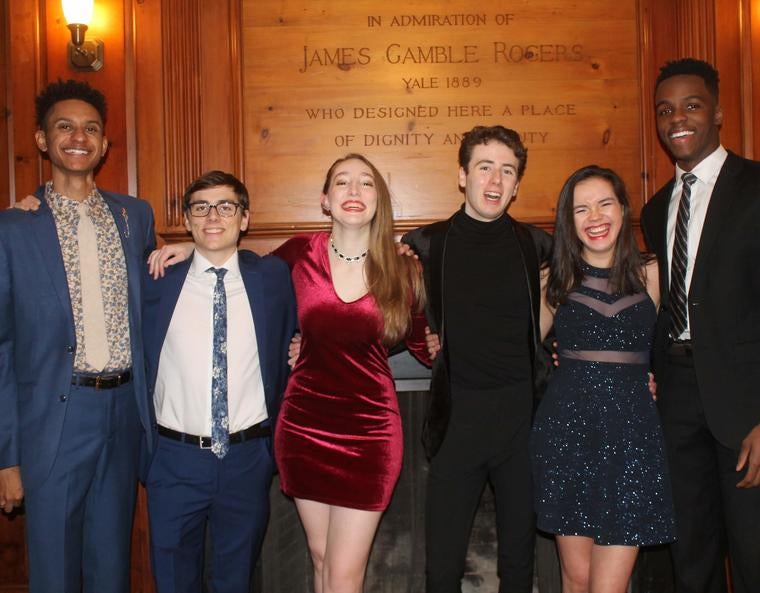 “I’ve reached my final form… This is my peak aesthetic.”

I refreshed my haircut. I got a new gold leaf pin. I put on my best rings. My new clout goggles made their formal debut. I borrowed a tie and belt that were not mine, but pretended to own when my outfit was complimented. I was ready to flex on everyone. And dance, too. But mostly flex.

The first-year formal was a highly anticipated event, to say the least. Yale’s First Year College Council counted down the days. There was a plethora of new songs from Ariana Grande, Cardi B, and Bruno Mars. I requested J. Cole’s Middle Child in advance an excessive number of times. Some had either trusted their suitemates to set them up on blind dates, while others decided to go with clusters of friends — and I’m very proud to say that I proved to be a great matchmaker for my suitemates! All the makings of a historic evening were there, right? 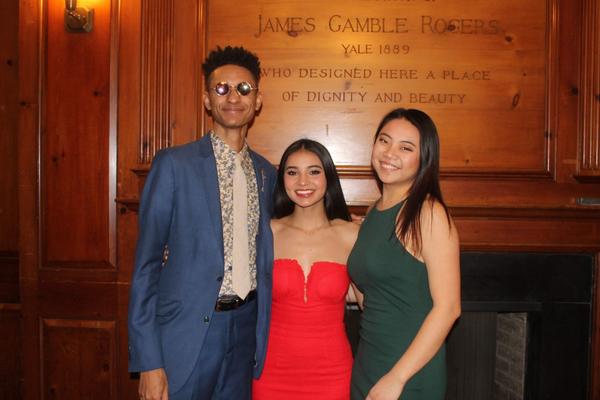 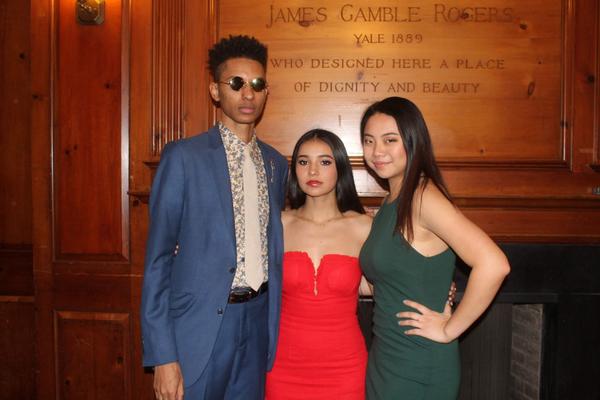 Happy slam poets? Intimidating slam poets? Me, Kinsale, and Eileen compiled all of our power in two looks! 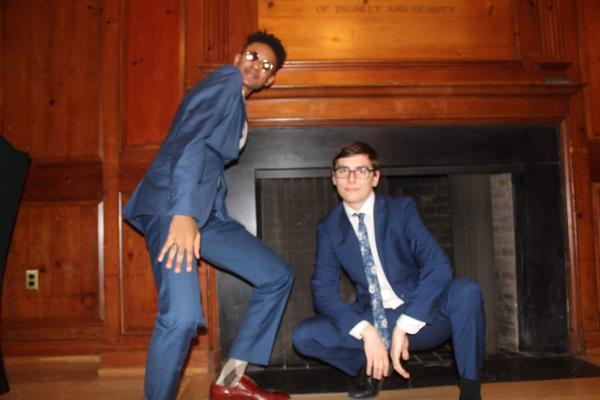 I’m not sure that anyone can caption this picture? I’m also not sure how we were trying to pose. Every late night college adventure captures at least one blurry, amusing moment — odd, yet memorable.

After finding the Omni Hotel, seeing its revolving door, overcoming my somewhat irrational fear of being trapped in a revolving door, and then walking into the oven-like ballroom, the night’s formula seemed fairly self-evident, at first. The DJ played a few of the megabangers that have become staples at most parties this semester: 7 Rings, Money, Nice For What, Bodak Yellow. There were some okay song choices. Unfortunate song choices. Frightening EDM remixes.

Still, it was an unreplicable experience in its own right — because of the unexpected joy of bumping into acquaintances, the undeniably good taste of the chips that bordered the ballroom, because of whispered inside jokes that were never heard but still provoked a shaking head and restrained chuckle. Because of that one guy who elbowed you. Because of the chaos. Because of the calm. 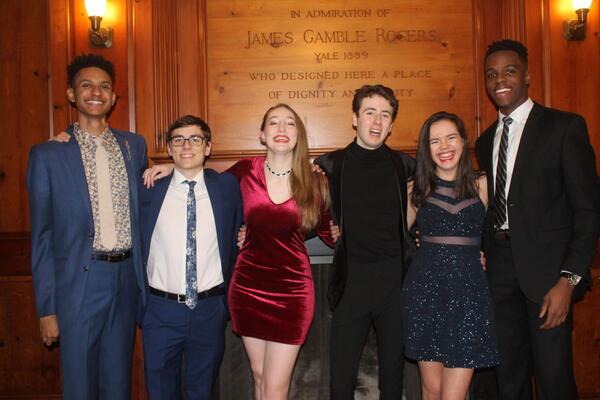 Cheesing with my friends!

It was simultaneously exhilarating and anticlimactic, not enough and too much to do. The omniscient roar and warmth of the ballroom contrasted against the murmuring chill of the walk back. We said as much with drowned-out shouts as we did with nods, winks, and deliberately cringeworthy dance moves. With tired yet fulfilled sighs. With silence.

When I prematurely develop laugh lines, I’ll blame this night. I’ll blame getting upset because the DJ didn’t play Super Bass. Looking on in amused disbelief and concern when someone crowd surfed. Watching the guy who tried his best to do the shoot. Stress-eating oreos and watched Brooklyn Nine-Nine until 2 a.m. I’ll remember all of us grinning, and grinning, and grinning until our mouths hurt. Until we ran out of ways to express our happiness. Until the darkly hued lights and the carefree dance circles and silvery reflections tattooed themselves upon our memories.