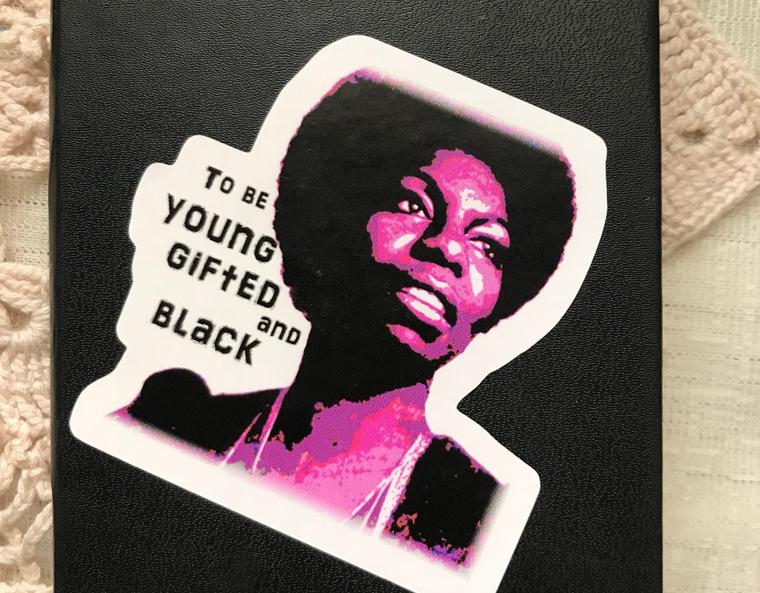 “When this country’s lethal legacy metastasizes in my memory, wreaths its bleeding tendrils around my synapses until every strangled electric pulse sputters from storm to spark for want of solace, I imagine myself as a bird on a wire.

A little over a month ago, myself and three other black poets from WORD: Performance Poetry at Yale presented short poems at the Yale University Art Gallery. We’d been contacted by YUAG to write about a mural created by painter and printmaker John Wilson, “The Incident,” that depicted a lynching — and to use our poetry to open up dialogue about the visiting exhibition, as well as to explore themes of witness and racial terror. It was grim, yet purposeful. 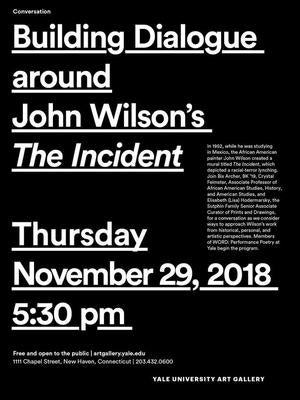 The poster for the event!

Here, I can peer into the past without fear for being buried under that which I stand.

The task felt daunting at first — heavy topics are not uncommon in slam poetry, but I had a lot of ground to cover, and with 10 minutes allotted for all four of us, there were only about two and a half minutes to do it. Hit with an avalanche of writer’s block, I didn’t start writing my poem until the day before the event. Nervous? Intimidated? Standard anxious Yalie procrastination? Bet. Have you ever told yourself that planning is getting work done, so you plan and outline and then realize that you’ve yet to write a single word? That was me.

I was stuck, until I remembered a reading from my modern essay class. It covered the invention of the telephone and telephone poles, and the insidious connection the latter had to lynching’s prevalence. The poem took off from there, with a bird sitting on a telephone wire acting as a witness to history. 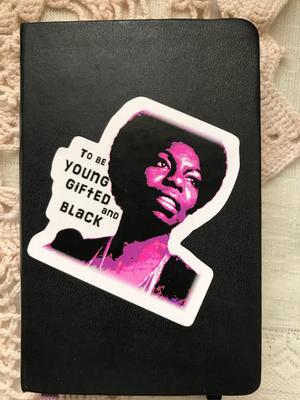 My journal, where I keep written copies of all of my poems. Peep the Nina Simone sticker!

“I wonder if birds on wires ever noticed how crossbars resemble crucifixes, all compressed fire and dead wood, thunderbolt bush waiting to burn—but no God to show for.”

The reading was wrapped solemnly in a tenative atmosphere, a sparse but still fairly well-atended crowd pensively listening. A soft rumble of applause followed each poem. The discussion was filled with a few hesitant voices, each carefully choosing their words as if crossing an ancient bridge whose planks required testing before one’s full weight could be placed into the next step. As much as it was an informative experience, it was also a reminder that Yale has so many resources, events, and opportunities to explore—although it’s overwhelming choosing which (or how many) to look into. 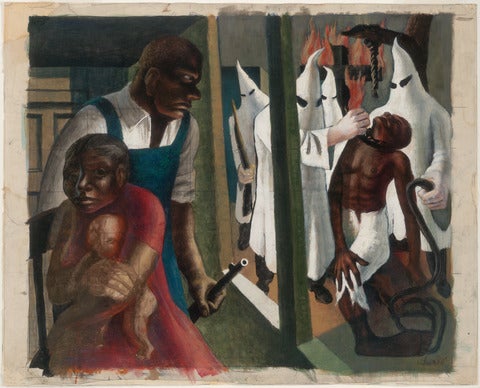 John Wilson’s mural “The Incident,” which was the focus of the event (and prompt for our poems.)

“Here, I am a bird on a wire, steeped in responsibility to remember, my identity stretched across century and continent.”

About an hour later, and the event had quietly concluded, the crowd drawn away like bits of metal pulled by a distant magnet. Irene, Prisca, and Kamau (my WORDfriends!) gave me hugs and shoulder squeezes — between the visual art, the content of our poems, and the subsequent coversation, it had been an emotionally taxing evening. For a short time, though, we’d found a way to weave our art and our blackness together, reflecting on the past, asking questions in metaphor whose answers were just as elusive in discussion as they were in poetry.