Let’s Get This Bread 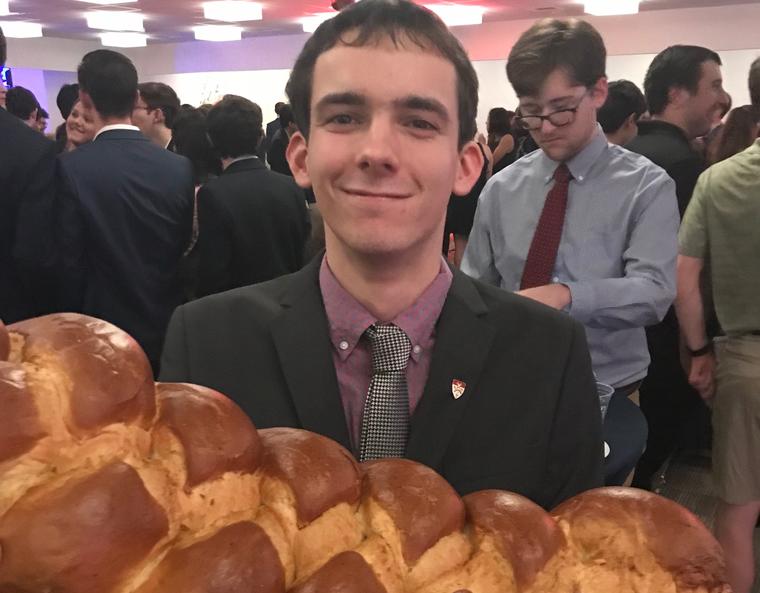 “When did it start?”

After finishing up a callback for a one-act play, I sprinted from the AfAm House’s art gallery to my room, and then to the first-year holiday dinner, arriving typically (but perhaps, fashionably?) late. As a first-year at Yale, you’ll be told not to sign up for too much. You won’t listen. Three months after not listening, you’ll frantically rearrange your G-Cal as you realize that you have a job, responsibilities in three student groups, and a twelve page paper due in half as many days. You’ll be doing all of this while run-waddling in a blue suit, and dress shoes that you are desperately trying not to scuff, careening past confused spectators who’ll certainly be thinking “Wow! That guy looks fresh, but also kinda stressed!”

Still, I made it in time to get the bread. Procure the pumpernickel. Yeet the wheat. Gain the grain. Obtain the oatmeal (too far?) The first-year holiday dinner is known for its overwhelming variety and quantity of food, ice sculptures, and lights. And its bread. The opportunity for a meme-captioned Instagram post had arrived.

So, how was the first-year holiday dinner? Simply put, in the memorable words of poet, philosopher, and visionary Travis Scott: “It’s lit.” 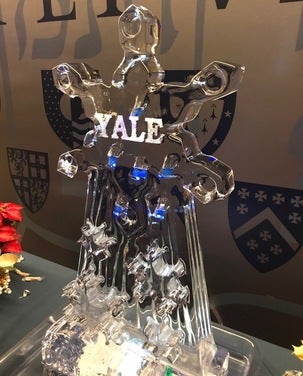 Would it be Yale without an ice sculpture?

In style? Bet. In sweat? Bet. I had missed the initial (and apparently, most iconic) part of the holiday dinner: the opening ceremony-like procession of a marching band followed by a seemingly infinite line of food (including ice sculptures furnished with lobster!) Still, looking around, I was in awe, of both the amount of food and the craftsmanship it must’ve taken to prepare it all. Massive pans of paella, heaping mountains of challah bread, and enough pasta to feed a modestly-sized army were just a few of the highlights, all served in a festively-lit room amidst a gentle roar of conversation. 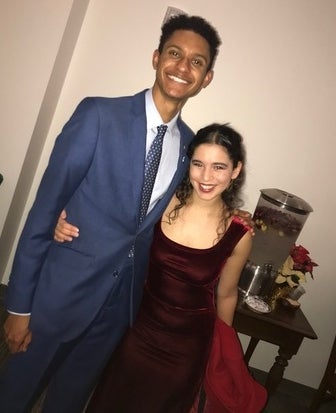 Me and my friend Luna, never passing up an opportunity for a good picture!

A few people were walking around with whole loaves of bread. I gingerly reached out to take one too, because, why not? As I did, one of the dining staff made eye contact with me, nodding as he sent me a grin and a knowing glance, as if to say, “I know you’re going to eat that alone in your room later, when you’re panickedly googling film historians for your final paper. I support you.” 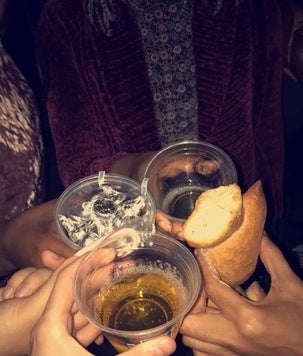 A toast, of sorts? 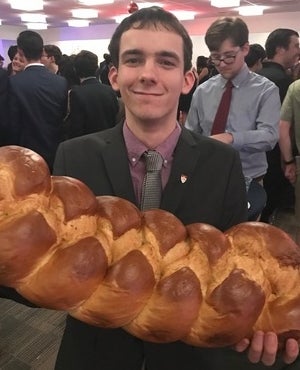 It was a bit of a blur — I was simultaneously being directed toward and handed food, waving to friends from other residential colleges, all the while trying to absorb the surroundings. Everyone was there, dressed in their best. My mind was still trying to wrap itself around the fact that there were lobsters (lobsters! lobsters? lobsters?!) on an ice sculpture-sleigh. Afterwards, the voices of Mariah Carey and Soulja Boy echoed through the night (I played the All I Want For Christmas Is You and Crank That mash-up as my friends and I left.) It was an exciting, to-the-max, whirlwind of an event. A celebration. A place to stand, smile, and for a short while, bask in the wonder of the moment.