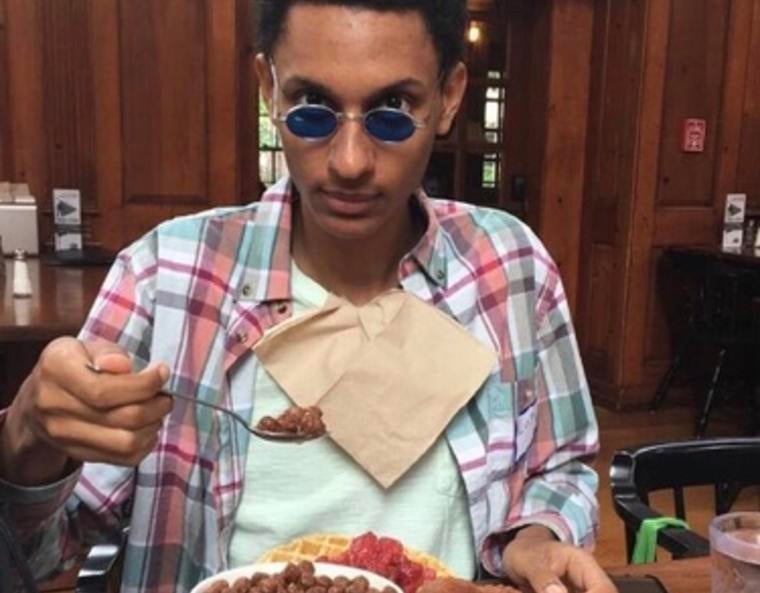 “Nothing… It’s just… That’s a lot of starch on your plate.”

As a first-year at Yale, there’s a lot to explore: study spots spread across the sprawling campus, restaurants, courtyards, a seemingly infinite amount of libraries, and of course, each of the residential colleges. It’s simultaneously daunting and exciting, especially when you think about the scope of it all. When a fellow TDer mentioned that he knew someone who’d never eaten in Saybrook during his entire time at Yale, I was, to say the least, shook. Surely you’d want visit and try everything at least once? Some of my friends insisted that there were some dining halls they would never go (back) to.

”Nah. Branford has hurt me too many times.”

Being naturally curious, and also possessed by a recurring fear of missing out, I was inspired to set out on a personal quest: the dining hall crawl. My goal was to eat breakfast, brunch, lunch, and dinner at least once at each of the 13 dining halls (or 14, technically, if you count Morse and Stiles separately instead of as shared,) for a total of 52 different meals. 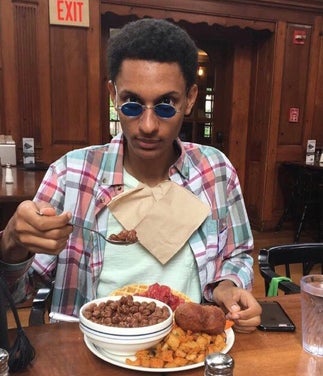 Look familiar? After banana fritters, potatoes, a waffle, and a bowl of my all-time childhood favorite Cocoa Puffs, I was stuffed!

To date, I’ve eaten 35 out of the 52 total meals I hope to have by the end of my first semester here. Here’s the exact breakdown and dining hall-specific details:

A few highlights from each!

They’re two different dining halls, but the vibe, look, and food is pretty similar. Both are big, with long tables but also several booths, and lots of windows and natural light. They’re new, so they don’t feel quite the same as the rest of the dining halls. But both have ramen bars! Definitely one of my favorites! “It’s jvst one of those things,” is carved into one end of the Franklin dining hall. My friends and I think it’s old English for “sometimes, it really do be like that,” which has become a popular saying at Yale this year.

Contrary to other dining halls, it has a smaller, more compact vibe. It’s also incredibly crowded for any meal that isn’t breakfast. Berkeley tends to be packed, sometimes with every seat in the main area filled, but my friend Victoria says “the food always smacks.” In the mornings, past 10ish or so, a quiet lull settles over the usually chaotic space, and it becomes a quaint place to finish up a short assignment or reading.

Branford was the dining hall we ate at during Cultural Connections, so it’ll always have a special place in my heart. Between sprinting there from Old Campus to recapping the adventures of our CC families over waffles, Branford holds an abundance of fond (and breathless!) memories.

Technically my first Yale dining hall experience; I ate in Davenport during Bulldog Days with my host. Like Pierson, it’s a bit of a walk from TD, so I don’t go there often, but it’s spacious and often bubbles with conversation.

Has kind of a homey feel! It’s always mysteriously warm? In Hopper, time seems to move slow enough for me to feel like I can breathe, but fast enough to make me feel like I’ve written too little of my film midterm in the hour I’ve sat there. More than a few mornings, I’ve overestimated how many peanut butter bagels I think I can eat, and find myself in a breakfast food coma.

I’ve only been to JE once, but it felt a bit dark and small. Could’ve also been the fact that it was overcast outside. Hmm.

Rivaled only by Franklin or Murray according to most first-years, most famous for its consistently good food quality, pizza, and grilled cheeses. There’s a walrus skeleton hanging on the wall of the Morse side of the dining hall, which is jarring to see the first time you come in.

My first Pierson meal was a reunion brunch with my CC siblings (can you tell how much I like mentioning CC by now?) There’s just one expansive, central area, bordered by white walls and long windows, but it’s in my top half of favorite dining halls! Very aesthetically pleasing!

The first time I saw a Yalie eat breakfast cereal for dinner, I was in Saybrook. Around midday, in certain parts of the dining hall, you can get great selfie lighting (and good food too!)

Silliman! Is! Enormous! When it’s not packed, it feels a bit lonely and empty because it’s so huge, which might be due to the high ceilings and lack of a booth area. Still, the food is top notch, the equally gigantic windows let in a lot of light, and I’ve never had a bad meal there. Despite TD’s rivalry with Silliman, I will (just this once!) cede that I like their dining hall.

The chandelier and tall windows make it feel a bit reminiscent of Hogwarts. TD first-years often gather along the long table in the center of the dining hall, sitting with old friends, chatting up acquaintances, or introducing themselves to someone they swear they’ve never seen before (but apparently lives in TD as well.) Size? Perfect. Open space? You got it. Secluded booths that make it easier to smuggle leftover pie into Tupperware? Bet. The Goldilocks dining hall. Objectively the best.

I used to always forget that Trumbull existed, until I was making the list for the crawl and couldn’t figure out why I only had 13 residential colleges. Regardless, it’s another one of my favorites! It feels expansive but not hollow, with a central area, booths, and some secluded tables. Like Berkeley, it makes for a subtle, relaxed spot to study or decompress during the second half of breakfast.