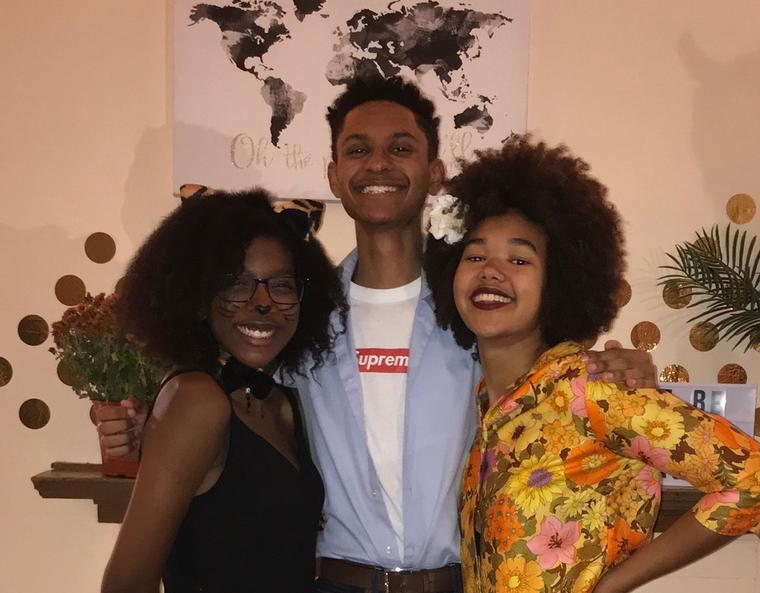 I was 18 when I first became a President of the United States. It was easy. It was uncostly. I didn’t have to campaign. I’m not sure why more people don’t do it. 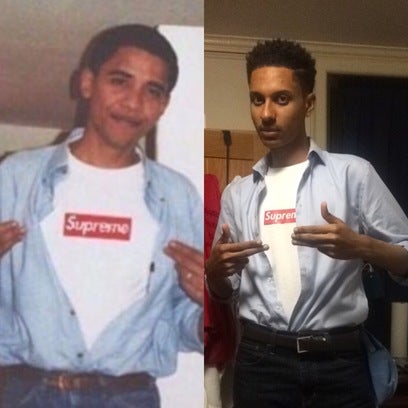 Who wore it better?

“I think it’s so funny that he actually wore a Supreme shirt!”

“I’m pretty sure that picture was photoshopped?”

“Oh. Oof. Love your costume, though!”

Halloween brought expected but classic costumes like zombies, childhood icons like Kim Possible, and modern icons like Doja Cat. With the 31st falling in the middle of the week this year, most of the festivities happened the weekend before. As a first-year, I heard there were several things I could not miss: Pierson Inferno, Hallowoads, the Silliman Haunted House, the Yale Symphony Orchestra show, escape rooms, and pumpkin carving to name a few. There’s a frightening abundance of things going on, and the fear of missing out on them is equally as scary as attending them. I set out to do as much as I could without being jump-scared within an inch of my life.

“Can you do the voice too?”

No. 1 - The Pierson Inferno

Inferno, or Pierson College’s annual Halloween bash, was Saturday night. The dining hall was completely emptied and refurnished with lights, speakers, and a DJ booth. I’m not sure if it’s called Inferno because your glasses will fog up upon entry, or because of the truly unfair amount of attending Yalies who are better dancers than you. It’s probably the only place where you’ll get to see a merman, a gladiator, and an angel dancing on an elevated platform. After a very fun (but very warm) night with Bodak Yellow, Anaconda, Sicko Mode, Plain Jane, and Mi Gente, my legs hurt for two days. Dance responsibly! Don’t go hard on every beat!

Every Wednesday, the nearby Toad’s Place hosts a “Yale night,” or “Woads.” This year, Hallowoads happened to fall exactly on Halloween. I don’t know that I’d go a second time — it was hotter, brighter, even more full than Inferno, and the DJ only played half of the first verse of each song, but it was still fun! Practically every minute I’d (sometimes literally) bump into someone I knew from Cultural Connections, TD, or classes. Hallowoads was 50% dancing and 50% reuniting with friends. I got a bit lost in the crowd, but found my TD crew shortly after. It was a night of shouted song lyrics, dance circles, and Instagram photoshoots.

“I can’t hear what you’re saying, but Happy Halloween!” 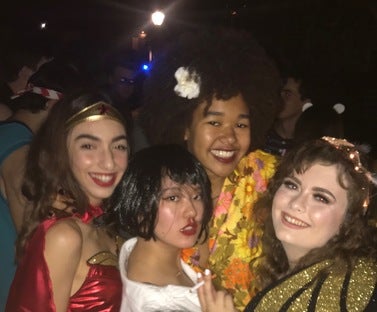 Waiting in line outside Hallowoads with some friends from Davenport! Everyone’s cheesing except Nancy, who’s in character. 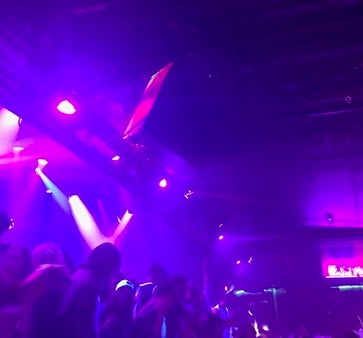 Inside Hallowoads! It was really bright, really loud, and really fun! 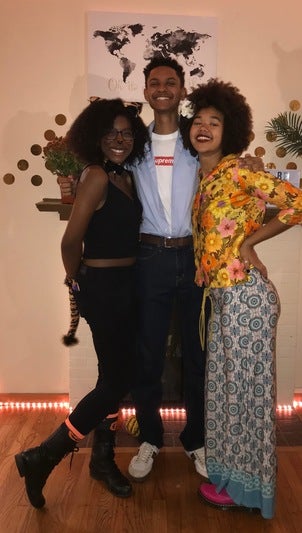 Me and my Cultural Connections sisters, Nneka and Jordan, on Halloween. 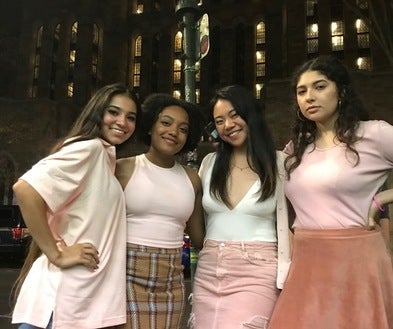 Some of my TD friends dressed as Cady, Gretchen, Regina, and Karen from Mean Girls!

During Halloweek, there were late night suite hangouts. I drank hot cider and lamented about midterms. I attended Inferno and Hallowoads. Still, the Thursday afterwards, I wondered if I’d missed out on some irreplaceable first-year experience by not attending everything. I forgot to buy YSO concert tickets. I took a nap instead of going to the escape room. I didn’t go to the haunted house; I knew I wouldn’t last five minutes. Was I not taking full advantage of my time at Yale? Had I missed out? My friend Luna, who dressed up as Alexandria Ocasio-Cortez, told me this:

That’s just it — it’s my first year here. It’s just my first year, not my only. Yale can feel like a place where you have to do everything, all at once, all the time. I’d absolutely encourage future first-years to do as much as they want or can — but opting to do just a few things, with a close circle of friends, can be just as meaningful. Don’t stretch yourself too thin! Unless you’re being The Incredible’s Elastigirl for Halloween!