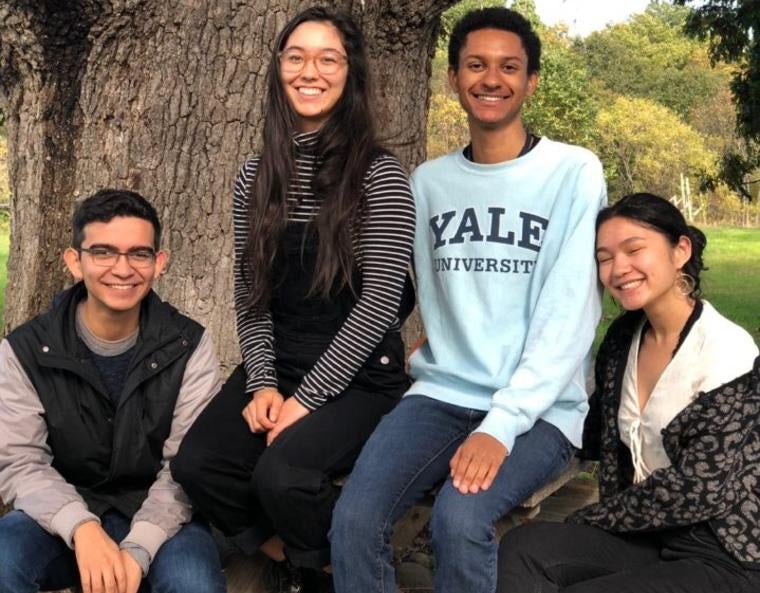 “So… Did you memorize your poem?”

A couple weeks before I was overanalyzing the rush process and my poetry, out loud, in front of three other quiet first-years, it was a capella rush season. Songs like Love on the Brain, My Funny Valentine, and Fast Car echoed throughout TD. My friends and I huddled into cramped practice rooms. Sketch comedy and improv brought a chorus of voice acting and nervous sighs.

“How’ve you been doing today?”

Now, however, the focus had shifted to WORD: Yale’s oldest and hypest slam poetry group. Walking into the AfAm House’s art gallery to read a poem I wrote the day of, I thought I’d stumbled into a second admissions cycle. Like many other student groups, you need to audition to get in. There’s an intimidating number of people vying for a small number of spots: the field began with 46 applicants, which cut to 13 during callbacks, with 5 finally being “tapped” to join.

“What’s your poem about?”

Most of my poetry stuck to heavy topics: police brutality, feeling alienated, and the complexities of growing up black. I didn’t want to fall into the tragic black poet trope, but I didn’t want to appear ingenuine, either. The similarities between auditioning and applying were uncanny: I wanted to create a nuanced narrative with an overarching metaphor, that would set me apart from others, without seeming (too) corny, all in a time crunch. Writing audition poems felt like writing common app essays.

I paced around the TD buttery, typing. The Black Panther soundtrack numbed my eardrums. I kept Nicki Minaj’s verse from Big Bank on a loop, trying to study her rhymes. A few hours passed. I’d finished. My poems touched on cheerfully lighthearted topics (as slam often is) like injustice, ingratitude, and food waste. They were honest, but there was something disquieting about the process. Was I writing these poems for myself? Or were they just for someone else to judge? Was I “curating” an image of myself as an artist? Did that image reflect on me as a person?

“So, is there anyone who doesn’t want to go first?”

To both my relief and disappointment, the audition was anticlimactic. After I read to a small audience, they said goodbye with a soft applause and hushed thank yous. New Haven’s ambient hum during the walk back to TD was not unlike the monotonous droning my desktop made after I hit “submit” on the common app website. It was an inordinate amount of work for just five minutes of presentation. A bee hive of stress buzzing in my mind had given way to strange silence. It was like finishing a book series or TV show: satisfying yet hollowing. The next night, an unknown number from Florida called at 11p.m. I answered.

A cacophony of incoherent celebratory noises erupted from the phone. I could swear I heard a Cardi B-esque trill mixed in there. But it was mostly cheering.

“Do you need time to think about it?” 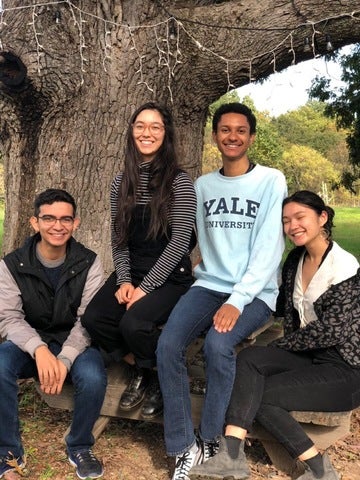 WORD’s new taps, minus a missing Kinsale: Oscar, Caitlyn, myself, and Christina. 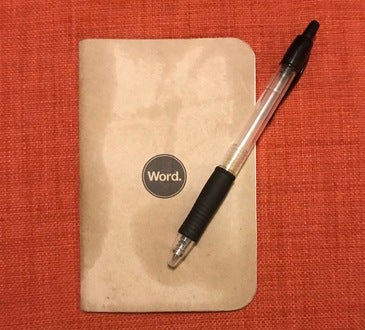 My WORD notebook! Each new tap gets one.

Each Wednesday from 9 to midnight, we sit in the AfAm art gallery. Poems are written. Plans are made. Debates over astrology ensue (Ask Ashia or Caitlyn about their moon and rising sun signs! It’s scary how much they know.) Too many Oreos, Pringles, and Ivy Wok dumplings are eaten. There’s an ever-present, soft undertone of contemplation and gentle laughter. It’s a lowkey, calming space that seems to contradict the frenzy of preparation that preceded it. 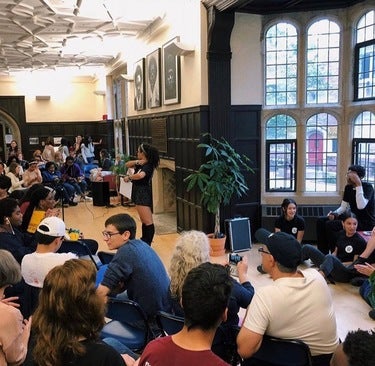 Another WORD member, Irene, prepares to introduce the new taps and kick off the Family Weekend showcase in the Founders’ Room of the Afro-American Cultural Center.

“Origami is the art of folding paper, so I make masterpiece out of self, make small girl out of woman.”

“The questions I ask only unlock doors to other corridors, opening up stitched cuts that were long infected before I ever touched them.”

“When Asian women speak their native tongue they are not thinking of you, but instead, imagining their country may look less like a graveyard.”

“I tried to learn our language in the hopes that ‘Naat’sis’aan’ and ‘kinaalda’ would bloom like moonbeams in her naked lungs.”

At our most recent poetry slam, a whirlwind of words and secrets were greeted by an orchestra of snapping fingers. Practically half of the TD first-years and most of my suitemates came to watch. Even though the room was full to the brim with support, my hands still shook with when I grasped the mic.

I didn’t really have a good reason to doubt myself, other than performing always gives me electric jolts of excitement and terror. I’d been writing poetry for years, and those skills didn’t go anywhere. Everything I did to get to the audition, or the callback, or the slam didn’t evaporate. It compunded. I almost forgot that during the rush process.

I’m only 18. I’m a first-year. I’m not going to pretend I know more about applying than I really do. Still, I’ll say this: who you are as a person isn’t going to change radically between the start of app season and the deadline. You’ve been developing into who you are today for years, and all of that work and effort isn’t going anywhere. 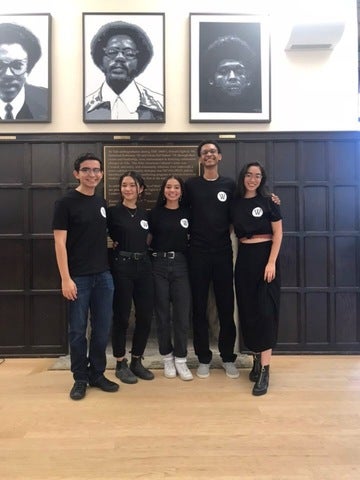 Kinsale is in the picture this time! 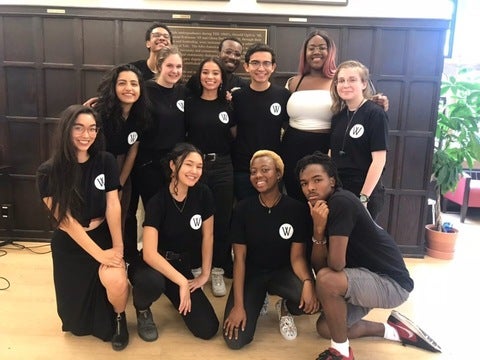