To CAPTOPP it All Off… 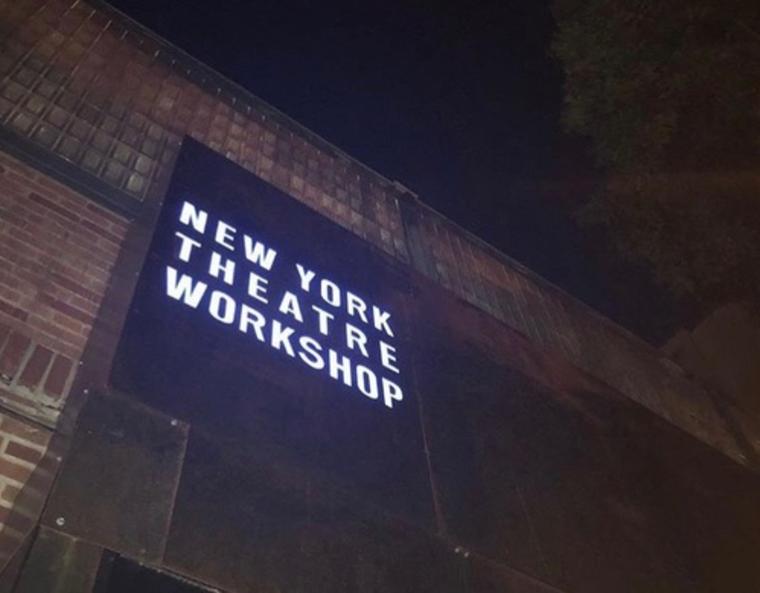 “Alright, tell the class one thing you want, and then follow it with one fear you associate with that.”

“I want to do well in this class, but I fear doing the readings.”

CAPTOPP, or Composing and Performing the One-Person Play, is a first-year seminar. Every Monday afternoon, we act, act up, act out, write down our fears and hopes on paper, and explore what it means to tell stories. The challenge is to eventually write your own play. So far, ours have ranged from historical fiction about Emmett Till, to asking if androids have human rights, to campfire retellings of the story of la llorona.

”Cheesecake! We could eat cheesecake by the aquarium! What do you think?”

”I know you’re gone. And it’s not fair… But I wanted to say goodbye to you.”

Seeing consecutive heavy and lighthearted performances is a lot of emotional whiplash, but it’s fun. Where else can you see sci-fi, adventure, drama, and comedy performed in the span of half an hour? 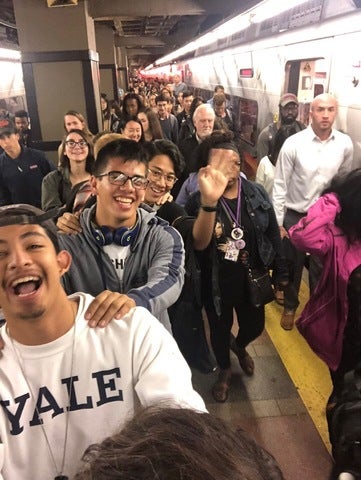 Goofing around at the train station.

“The camaraderie in the class is unreal.”

At least one night each week, we’ll all stay up late in the Saybrook buttery. We’ll watch a play or a comedian. Eat too much avocado toast and too many fries. Rehearse. Recap our days. Joke about the acting exercises we’ve yet to prepare for. Even on the days when we’re all a little stressed, there’s at least one person who serves as the designated hype man.

“Everyone honestly absolutely killed it today! 100!”

We saw “What the Constitution Means to Me,” (for free!) at the New York Theatre Workshop, (which is also where “Rent” had its first run!) a play that connected the 14th Amendment to the playwright’s family history. I’d seen theater, and art in general, as something that required a personal connection to be successful. You needed to be invested in what you performed to do well. That was typical.

Still, watching my classmates in CAPTOPP, there was a vulnerability that I hadn’t seen elsewhere. We only saw each other for an hour and a half each week, yet here we were, writing about the most honest parts of ourselves and weaving them into stories. Now, I don’t want to paint the image of some artistic utopia. We stumbled. There were lengthy pauses. We forgot lines. Our voice acting cracked. We had strong personal connections, were invested, and sometimes, we still faltered.

Yale can feel like a very success- and results-oriented place. We often forget that it’s okay (and encouraged!) to do things you’re not excelling in already. My professor (aka the Hal Brooks, as some of us like to call him) said something before our midterm that’s stuck with me:

“This is a space where it’s okay to fail.”

Of course, we still have to actually try to pass the class. But it means that not every attempt has to end well. CAPTOPP has a low-stakes, relaxed, yet still purposeful environment. It’s a place to slow down, and ultimately, a nice contrast from other spaces at Yale. I don’t know if I’ll pursue Theater Studies, or acting as a career. I do know that I’ve learned as much from failure as I have from success in that class. And that’s okay. 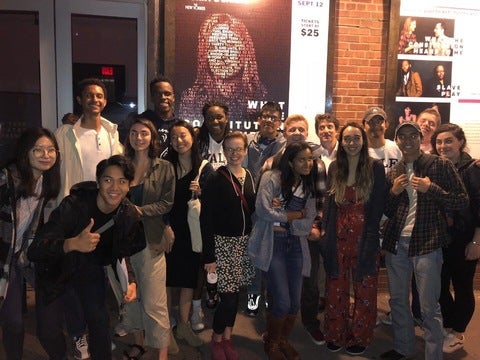 The CAPTOPP group! The glowing eyes are a bit disconcerting, aren’t they?