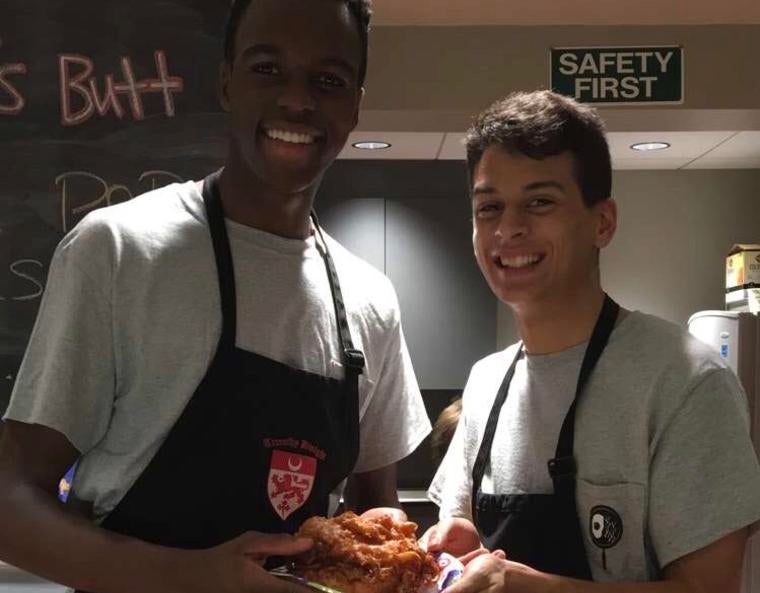 Imagine an underground Five Guys where all the employees are your friends, there’s an expanded menu, prices are slashed, and you’ve got the residental college butteries. From 10 p.m. to 1 a.m., students can hang out, get work done, pretend to get work done, and order from an array of snack foods. 25 cent otter pops, 50 cent chicken tenders, and $1.50 heart-stopping heaps of fries are just a few options.

If you’re there for their creation, know the right people, and want to seal your arteries forever, you can order from a secret menu of delicious (or to some, disgusting) dishes. Two weeks ago, in the Timothy Dwight buttery (also known as Timmy D’s Butt), I watched my friends Eric and Ihea make their first custom concoction.

“What? No! This is the greatest creation of the 21st century!”

It began as two orders of fries mixed with mac n’ cheese. They weren’t holding together well enough, so Eric and Ihea added more cheese. A single chicken nugget was placed in the middle of one order, as its molten core, before the two bowls were fused together. 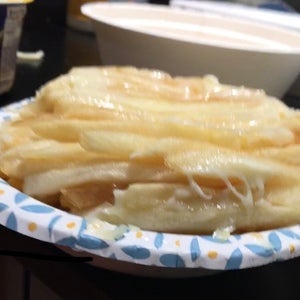 The mac n’ cheese-fry fusion, before the pancake batter.

Still, the sodium mini-planet wouldn’t hold together, so they smothered it in pancake batter until it held. A few minutes in the fryer later, topped off with a generous dollop of sriracha, the “fry ball” was born. As they cut it open, a crowd of eager spectators descended on the fry ball, and for an instant it looked like a prop from a really appetizing TV dinner ad. The pancake crust crunched open to reveal fries softened by mac n’ cheese, which had held together surprisingly well. I wasn’t sure if I was supposed to be impressed, revolted, or a little bit of both. No one really knew what happened to the chicken nugget. We couldn’t find it.

“I think it… Dissolved?”

“Mmm. That was… An experience.”

“Oof. My heart is racing after that last bite.” 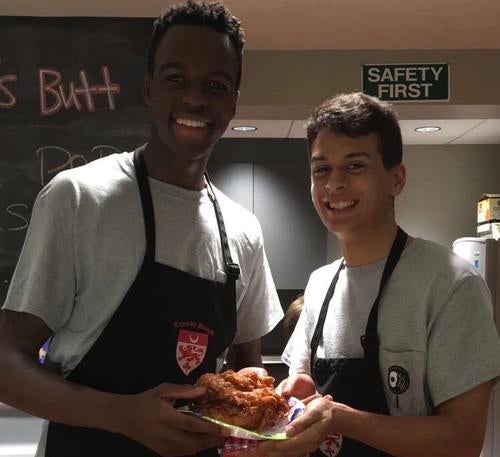 Ihea (l) and Eric (r) in the TD buttery with the completed fry ball.

I didn’t taste it, because I like having regular heartbeats, but it had a “cohesive flavor” according to Eric. Of course, that’s just one buttery misadventure. When we’re not attempting emulate Frankenstein or procrastinate, the buttery is a hub for pretty much anything and everything. Chilling out. Baking cookies. Recapping our days to friends we’d missed during the bustle of classes. Celebrating birthdays or a successful audition. Arguing about if Killshot was a better diss track than Rap Devil.

This Sunday night will be no different. Eric and Ihea will be on-shift again, making fry balls (for order this time!) and plotting their next creation. Some of us will take naps in the booths. Most will grind to finish something due by midnight. Others will practice ping pong for intramurals or play an Ariana Grande song on the piano.

Life at Yale can move fast, and even though the buttery is both relaxed and frenzied, it can be a place to breathe, decompress, and indulge in foods that give cardiologists nightmares. It’s a home away from home (or rather, a home beneath home.)