What Rory Gilmore Got Wrong 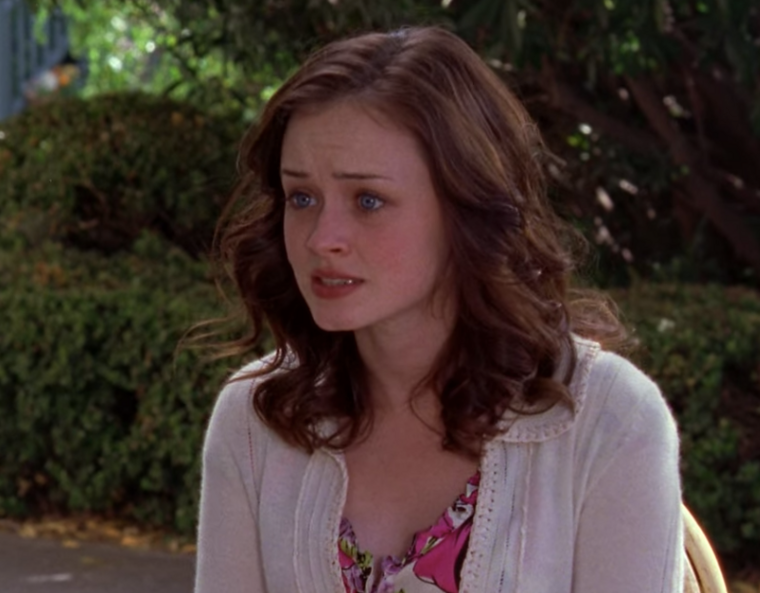 When you ask students why they came to Yale, a not-insignificant portion mentions the 2000s comedy Gilmore Girls, in which protagonist Rory spends a couple seasons at Yale. Whether or not real-life Yalies will continue to be inspired by the show as it gets older remains to be seen–but it wouldn’t be surprising if people keep watching for at least a few more years. I was recently in my bed, zonked out from finals and bingeing Gilmore Girls while half-asleep, when this line of Rory’s from the last episode of the fifth season woke me right up: “That’s not what Yale’s for!”

Here’s the context for the line: Rory and her mom, Lorelai, are arguing about whether or not Rory should take some time away from Yale. Due to Rory’s boyfriend’s dad convincing Rory that she will never be a journalist (long story, extreme drama), Rory wants to leave school for a bit and figure out what it is she actually wants to be. Her mom, Lorelai, really really really REALLY does not want Rory to leave school. Lorelai says, “You don’t want to be a journalist? Fine. I don’t care about that. But you stay in school, you take some classes, you figure out what you do want to be.”

To which Rory replies: “That’s not what Yale’s for!”

Now, I have several problems with Rory as a character. Honestly, I think she’s kind of a jerk–and I think, in general, that the show expects us to root for her and her mom a lot more than they deserve to be rooted for. So, Rory having no idea what Yale is “for” or “not for” is one of my smallest slices of beef with her, but in the spirit of this being an Admissions Office blog, let’s dig into it.

So, according to Rory, Yale is not for taking some classes and figuring out what you want to do with your life. You have to move into your first-year dorm with your entire career planned out before you, and you have to stay with that plan OR ELSE.

Almost all of my friends (and myself for that matter) started at Yale doing one thing and ended up doing another. We’re talking BIG transitions here: Italian film to environmental engineering. Biomedical engineering to music. We’re also talking smaller ones: English to American Studies. And we’re talking circuitous ones that actually did wind up where they began, just with a significant and delightful and useful detours in the middle: pre-med to ecology to pre-med with not a minute to spare! It’s true that some people come into college with a deep passion for interpreting hieroglyphic texts and graduate with that passion intact and an acceptance letter to an Egyptology P.h.D. program in hand. But even if those students end up doing what they always thought they would, it’s more than likely that they found something else that sparked their interest and brought them joy at Yale. Maybe, after a long day of Egyptology research, those students unwind with some printmaking–a passion they discovered in their sophomore year arts credit.

A lot of the research the Gilmore Girls writers did on Yale is pretty impressive. The classrooms look right, the residential college system is well-portrayed, and the Yale Daily News really does make its initiates craft newspaper hats. But they’re wrong about this one. Yale students of all ages and majors are constantly pushing themselves outside of their academic comfort zones. I also think they’re wrong about the existence of the Life and Death Brigade. But I can’t swear to that one.