What Your Yale Gear Says About You 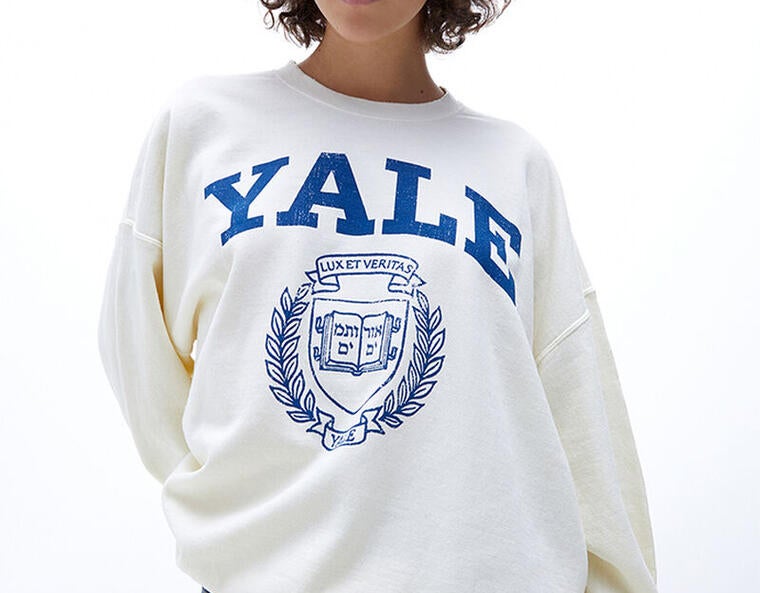 This year on campus, I’ve noticed more people than ever wearing Yale gear. Did the time away from New Haven fill us with such yearning that, when we finally returned, we stocked up on sweatshirts like never before? Even I bought a Yale sweatshirt, which is kind of a weird move as a senior, but what can I say–the peer pressure got me.

While the Yale sweatshirt is the classic must-have piece, there are many kinds of Yale-branded objects available for purchase. I took the liberty of scoping out the offerings at the Yale Bookstore and presenting them here. BEHOLD: What your Yale gear says about you! 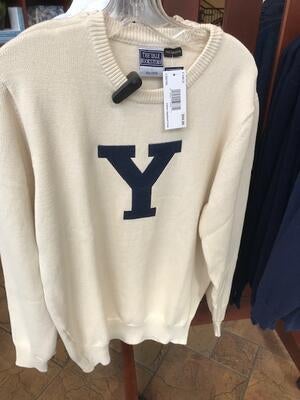 THE CLASSIC. If you own this, you most likely have had visions of wearing it to a football game. This sweater is called “the classic” for a reason. It screams “going to play croquet with the lads.” However, according to an anonymous source, it is NOT all it’s cracked up to be. “You could never wear it to a football game, as it is one of the most uncomfortable materials to sweat in,” said the source. Fascinating. 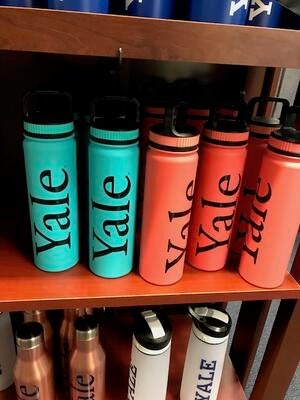 THE WATER BOTTLE. If you own this, it is likely because you lost your other water bottle. But if you are used to swinging your water bottle around in your hand willy-nilly, beware! These are HEAVY and could probably dent the exterior of a car. 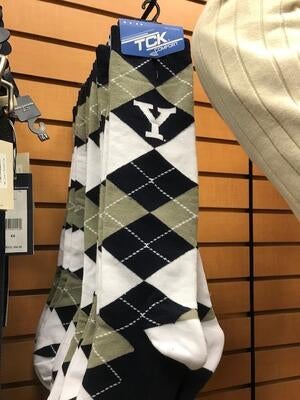 THE SOCKS. You are either a real grandpa or an aspiring grandpa, and either way, I’m in love with you. 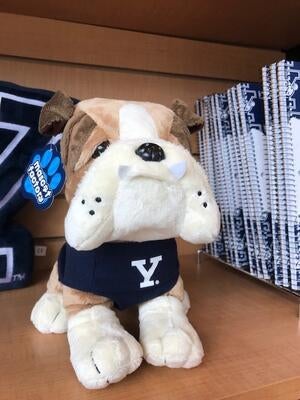 THE STUFFED HANDSOME DAN. If you own this, you haven’t been at Yale long enough to be deeply disturbed by the real stuffed Handsome Dan (taxidermied) in the lobby of Payne Whitney Gymnasium. 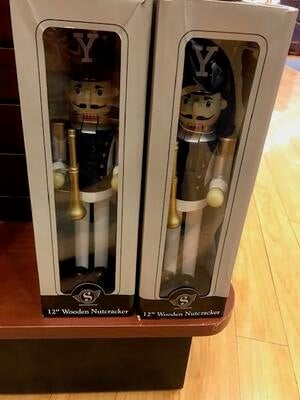 THE NUTCRACKER. God, I love this. It is so sweet. He is just a little man in a little hat. Personally, I think his mouth looks too small to crack any walnuts, but you could give him a little peanut or something and see how he does. If you purchase this, you should either already have a collection of nutcrackers or be planning to start one. To think of him all alone makes me sad–also, it’s a little creepy. 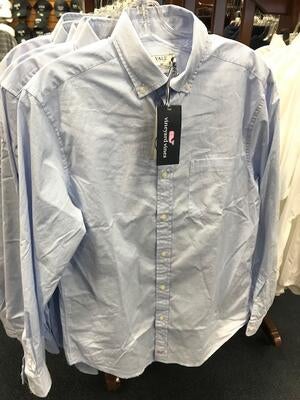 VINEYARD VINES SHIRT THAT DOESN’T SAY YALE ANYWHERE ON IT EXCEPT THE TAG. I don’t know what your endgame is here. If someone asks you where you went to school, are you going to say, “Why don’t you tell me?” and rip off your shirt? Are you going to stand there shivering while they turn the shirt over in their hands, eventually locating the tag? I really don’t understand this one at all! Maybe you love Yale so much that you just want the feeling of a special hidden Yale tag whispering its scatchy secrets down the back of your neck. Which is fine!!!