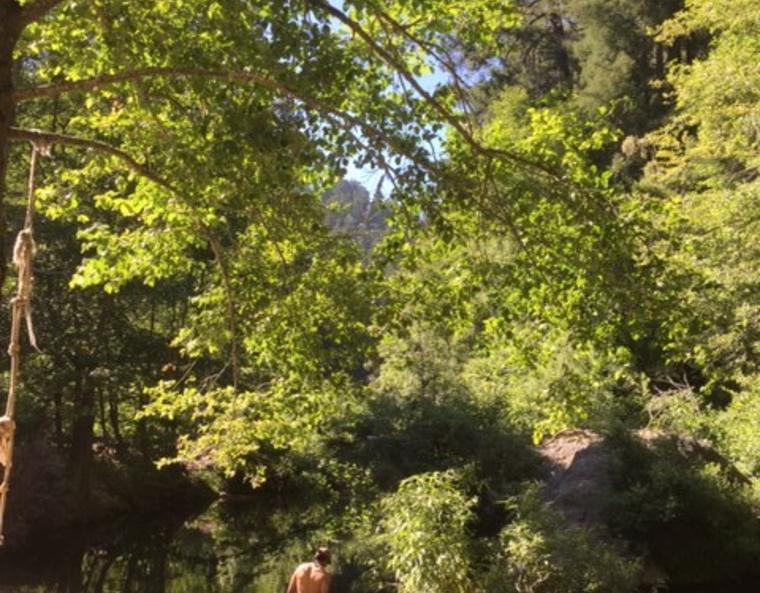 We had overshot the Garden of Eden, or so we thought.

My phone was telling us we’d missed the spot–an unnamed parking lot off California’s Highway 9 from which we’d begin our hike–and needed to turn around. We were searching not for the Biblical paradise but for a Santa Cruz swimming hole of the same name. I’d been before, but my road-trip companions (Vivek and Neehaar, fellow Yalies in the Bay Area for summer internships) had not. The three of us were friends from FOOT and thus prided ourselves on our supposed ability to not miss turns in the woods, so it was with some humiliation that we pulled into a turnout in front of a small building and prepared to about-face.

We were in the middle of nowhere, a bucolic stretch of the Santa Cruz mountains, where the heavy shading of the redwoods casts the landscape in a perpetual late-afternoon. To spontaneously enter the Bigfoot Museum on a day at the tail end of June seemed like something the clever and slightly-damaged protagonists of a John Green novel might do, and was thus, at least to me, appealing. I was already hoping that the museum’s proprietor might have a handsome son who was studying cryptoprimatology (a word I later learned from the internet) as an amusing pastime, and that I could fall in love with him. 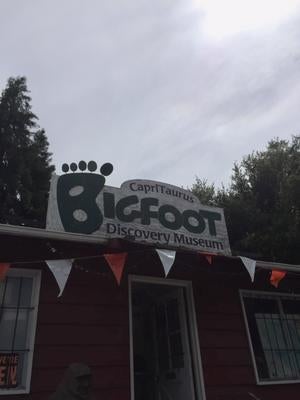 That was not the case. The museum was tiny, consisting of two rooms. It was so dusty and bizarre in the first room–think plaster skulls, maps on the walls, an ancient, blank-screened Apple computer displayed quite prominently–that Vivek’s brightly-colored Jamba Juice looked like a souvenir from a different world. In the second room, a man was sitting behind a desk so tall that only his head was visible. Imagine the owner of a Bigfoot museum and you’ve probably reached a remarkably-close approximation of Mike: he looked like a woodsy George R.R. Martin, with an impressive white beard and felt hat that was adorned with various mysterious pins.

It was Vivek who broke the silence, asking, “So, do you know much about bigfoot?”

In light of every single wall being covered with bigfoot memorabilia and the giant stuffed bigfoot looming just behind Mike, it’s not surprising that he answered in a slightly snarky tone. “Well, I’ve been doing this for fifteen years.”

Mike clearly didn’t think we looked like the kind of people who were going to respect his beliefs. His wariness was palpable. But then Neehaar, an environmental studies major, asked him if he “did much field research.” This question, clearly asked from one ecologist to another, changed something. Mike started telling us about his work–the tour groups he used to take out (now too difficult to “insure”), the stories he could tell for a small fee around a campfire. Later, I would learn that Mike had loved bigfoot since his youth. As an undergrad at Stanford, he had written a paper about the “Abominable Snowman Question,” for which his professor, after promising a young Mike he would fail him if he wrote on the topic, had begrudgingly awarded him a C. Mike kept referring to bigfoot as “they,” which I found confusing because I had thought that Bigfoot was a single cryptid. Wrong–they are a species, and the plural is bigfooi.

We didn’t stay at the Bigfoot Museum for long, but we talked about it throughout our hike to the swimming hole. We ate peanut butter pretzels and fresh berries and watched people braver than us launch themselves backwards off a slowly disintegrating rope swing. Soon, we’d return to reality–Vivek and Neehaar to their startups, and me to my day camp–but for now we were happy, if only briefly, to stay in the fantasy. 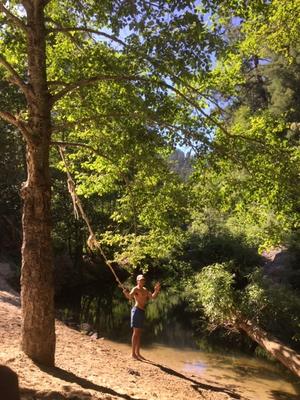 Neehaar at the swimming hole