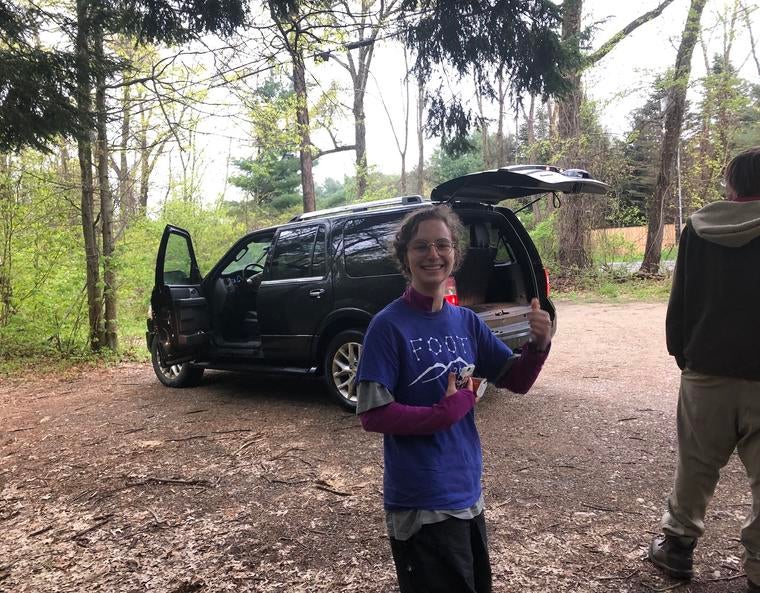 I’m a FOOT (First-year Outdoor Orientation Trips) leader, which means I’ve been around the block a few times. By “around the block a few times,” I mean somebody has shown me how to tie a bowline knot like 20 times, and I still am not really sure how to do it. (If you get me as a leader, don’t worry—I’ll totally know by then). I did FOOT as a prefrosh (i.e. incoming first-year student) and met some of my very closest and most treasured friends in the entire world on the trip. We were sent to the Green Mountains in Vermont, where we hauled rotting logs up a hill for many hours a day. I know what you’re thinking: That sounds like the worst thing ever! Aha! You would think. It was actually so fun and everything good I’ve done at Yale has come out of it. (This statement would take a while to justify—suffice it to say that I met a bunch of cool people who introduced me to cool things.) I decided to become a leader as an attempt to repay the organization for some of what it’s done for me.

As a sophomore, I served on Support Crew on the Appalachian Trail. (Basically, help for backpacking trips in the case of minor emergencies.) This experience included driving a rental car—something I’d never done before—learning how to read a paper map, and cooking pasta on the grounds of a very fancy boarding school, something the very fancy boarding school did not appreciate in the slightest. In our defense, I think that “cooking pasta” and “trespassing” are probably mutually exclusive, and just because a security guard finds you “crouching behind the hockey rink with an open flame and a zucchini” doesn’t mean you are “up to something.”

What’s great about FOOT is that it bookends the year, because you serve in the fall and train in the spring. This past week, all the leaders headed to a nearby boy scout camp to train in hard skills (shelter-building, knot-tying, outdoor cooking) and soft skills (interpersonal communication). From there, we embarked on a four-day backpacking trip, again on the Appalachian Trail. This trip was so so so fun, EXCEPT it did rain very hard and then the rain became snow and (uh-oh) also somehow hail at the same time. The frigid conditions meant wonderful cuddle and bonding opportunities, and also that some of us have still not regained full use of our fingers. (Working on it).

All this is to say that FOOT is so wonderful and if you are coming to Yale (yay!) you should certainly consider it as an option. There are lots of great pre-orientation programs, including some on campus. I can’t recommend doing a pre-orientation program enough. I also will say that even if you don’t do one, YOU WILL BE FINE and a lot of people don’t do them. I understand that not everyone has the end of their summer free. However, it would be great to see you in August.