I Did Research in the Beinecke and It Was Extremely Thrilling 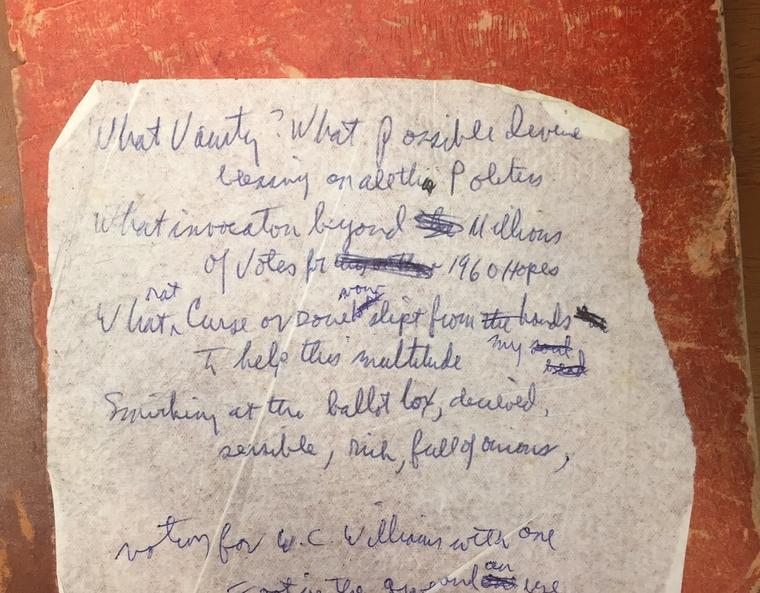 The Beinecke Rare Books and Manuscripts Library is probably the most architecturally recognizable building on Yale’s campus. It looks like a BIG Rubix cube if all the colors of a Rubix cube were different shades of grey. And if it wasn’t a cube, but a rectangular prism. Anyway, here’s a picture of it, because I’m finding it way too hard to describe. 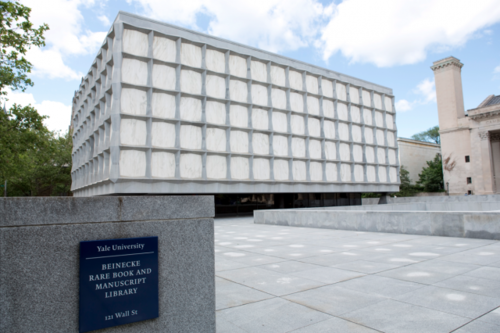 Over my 1.5 years at Yale, I have heard various rumors about the Beinecke, including that the “windows” are made of stone and that there’s a special room in the basement full of human brains.1 However, I’d never been inside until last semester, when my American literature class went to see some Moby Dick-adjacent materials, including but not limited to an extremely bizarre Moby Dick comic book in which Ishmael bore a striking resemblance to Captain America. They also had Walt Whitman’s eyeglasses.

In the prompt for our final paper, our professor encouraged us to find primary source material in the Beinecke archives. I really didn’t know what to write about, so I started backwards by trying to figure out what was actually in the Beinecke. My plan was to identify something to look at, look at it, and pray some kind of thesis fell from the sky.

I felt like I’d struck gold when I discovered that the Beinecke owns Allen Ginsberg’s Indian Journals. Ginsberg was a writer of the Beat generation, famous for his radical poem “Howl” and for being played by Daniel Radcliffe in a 2013 film that I was very interested in as a Harry-Potter-obsessed preteen. The Indian Journals are a chronicle of Ginsberg’s travels in India in the early sixties. When I saw that I could make an appointment to see the Journals, I found it hard to believe that I was going to actually be able to go in and hold the journal in my hands. I was also worried the people working there would be mean and not let me touch the books because they would somehow intuit that my palms are always very, very sweaty for reasons that have eluded doctors for years.

But NO! The staff at the Beinecke were very kind. The security guard even held onto my hat for me while I was in the reading room. (I’m not 100% sure why he did this, but I can imagine it was so I didn’t sneak out a rare manuscript under my beanie.) After I identified myself and they took my picture, they brought me a white box with a label on it. When I opened the box, there it was–literally Allen Ginsberg’s journal from 1963. Also in the box were pieces that had fallen out, as well as scraps that didn’t make it into the journal–writing on napkins and so forth. I held the book in my hands, awe-struck. 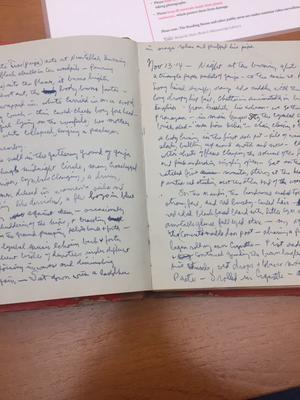 Pages from the Journals

In an unfortunate plot twist, I couldn’t read any of it. Allen Ginsberg had very messy handwriting, maybe because of all of the psychedelic drugs he was doing in India. I realized pretty much immediately that the book was going to be no use to me, and that I would have to return it, but I still liked holding it and thumbing through it. I ended up emailing my professor to ask her how long I should stay to be polite–she said five minutes was probably fine.

After I left the Beinecke Rare Books and Manuscripts Library, I went to Bass Normal Books Library and checked out a printed edition of the journal. But the point is, anyone can go into the Beinecke and hold invaluable materials in their small, perpetually-sweaty hands. Amazing!

1 Yes, the panes on the outside of the building are marble (sick). Also, further research has shown that there is, in fact, an exhibit of human brains at Yale, but it is in the medical library and apparently quite beautiful.