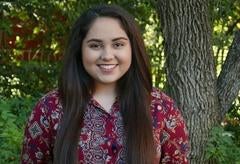 Hey! I’m Katherine, a first-year in Jonathan Edwards College from Austin, Texas. I’m super undecided about what I want to major in, but I’m interested in Art History, History, Classics, American Studies, and Ethnicity, Race, and Migration. I’m currently in Directed Studies, an academic program designed to introduce first years to as much of the Western canon as possible in one year. Besides working in the Admissions Office, I’m involved in La Casa Cultural, Yale’s Latinx cultural center. I also help prepare local high school students for the SAT through a mentoring program called Flyte Scholastics. I’m passionate about Blue State coffee, the JE Buttery, and Tex-Mex, and I’m so excited to share my Yale experience with y’all! 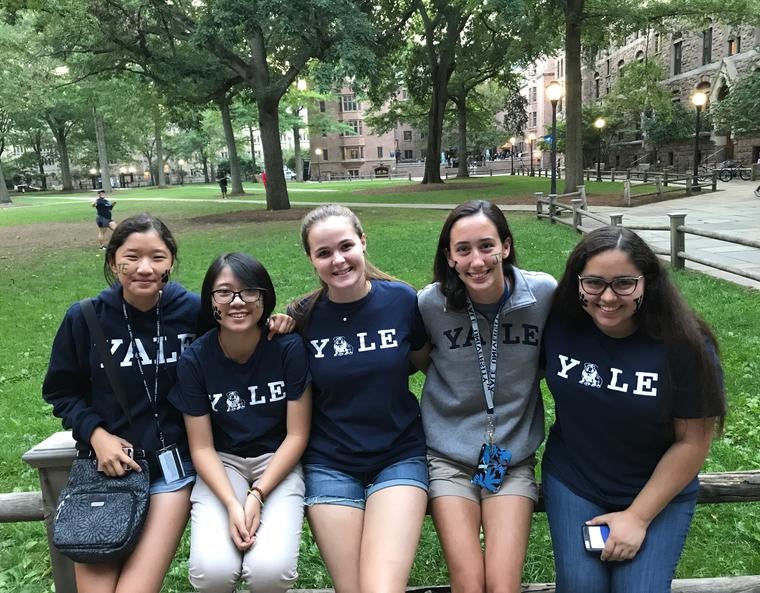 I knew I was a homebody, but I didn’t realize how much of a homebody I was until I left home for my first year at Yale. Adjusting to college was really difficult, but now that I’ve begun my sophomore year, I’ve had the chance to think back to this time last year and clearly see the different parts of Yale that helped me this time last year.

As soon as I arrived on campus, I was greeted by my FroCo, Grace. Each residential college has a group of FroCos (short for First Year Counselor), senior who choose to live on Old Campus alongside the first years in their college. They are an around-the-clock resource; Grace was the first person my friends and I called when we needed something, from housing tips to bluebooking advice. I thought that FroCos would be like RAs at other colleges, but they’re actually way more fun. Every Friday night, all the FroCos in my college, Jonathan Edwards, would host a late-night snack fest in their suite. We would order anything from pizza, to Insomnia cookies, to PATBO (Pizza at the Brick Oven), but on my favorite days, Grace would recruit a few first years to drive with her to North Haven and pick up Chick-fil-a for JE’s entire first year class.

On my hardest, most homesick days, with my friends busy with class or work, I would text Grace, and she would immediately show up at my door or meet me for a meal. She gave such great advice, and always listened to me with so much empathy - though she’s graduated now, I know I’ll stay in touch with her for years to come. 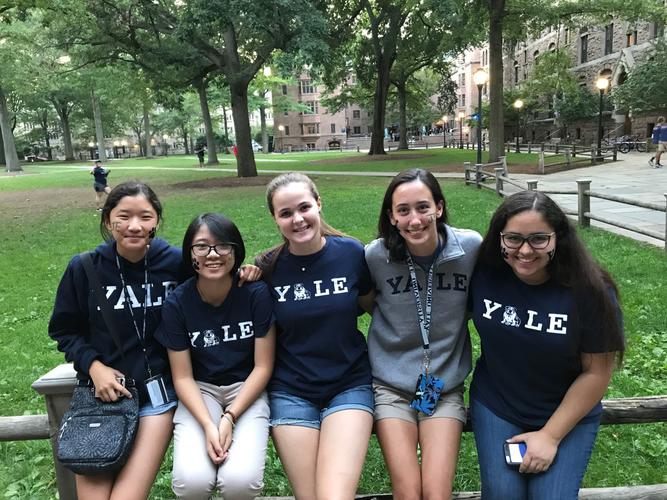 Our first suite picture together during Orientation Week, also known as Camp Yale.

The Dean of my college has also an invaluable advocate for me, starting as soon as I got on campus for my first year, and even more now that I’m a sophomore. Head Saltzman and Dean Ferando live with their families in JE, right alongside their students. I eat next to them in the dining halls, I see their kids playing in the courtyard, and I admire their Halloween costumes at JE’s Halloween events. When I was scrambling to pick classes or freaking out about my first B, I dropped by Dean Ferando’s office and was immediately put at ease. She has a way of helping me get a grip when I’m unnecessarily stressed out. As the academic advisor for all the students in JE, she is infinitely knowledgeable about requirements and deadlines, and my first year was made so much easier with her guidance. 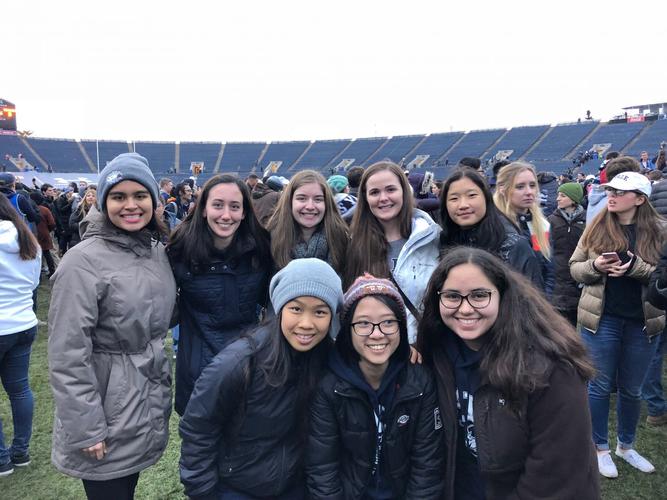 Yale won the Game, but the real victory was our friendship - here we are after Yalies stormed the field.

My suitemates were my rock when being away from home felt overwhelming to me. We spent all our time together, making our suite into a cozy, homey space with rugs, decorations, a quote wall, and Gilmore Girls constantly playing on our TV. We took each other’s first day of school pictures, helped make each other’s Halloween costumes, shared the (massive) crate of Girl Scout Cookies my friend sent me from home, held a Secret Santa with all our friends, celebrated each other’s birthdays, went to the Harvard-Yale Game together, and so much more. I feel so lucky to have been placed with such a great group of girls, and they’re all people I never would have met if it weren’t for our common residential college - we had completely different interests and backgrounds: a varsity athlete from Australia, and environmental biologist from Vietnam, a humanities major from Texas, a biomedical engineer from Connecticut. We each brought such different experiences from home, and we formed our own eclectic little family. 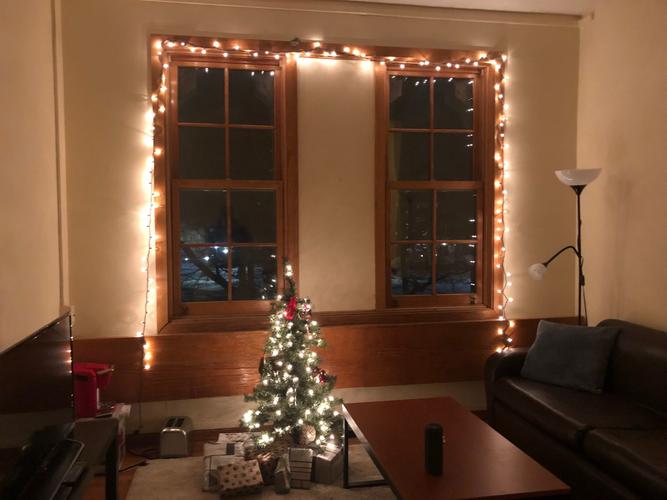 We decorated our common room for Christmas with lights, a tree, and a collection of Secret Santa gifts beneath it.

The point is, there are a million different ways that people adjust to leaving home, to starting college, to change in general, and all of them are valid. I’m so thankful for the resources Yale offers, especially the community of supporters that was built in to my first year, because I know the people I’ve met will stay in my life forever. I’m still a homebody, but Yale has become a second home, and I’ve built a second family. 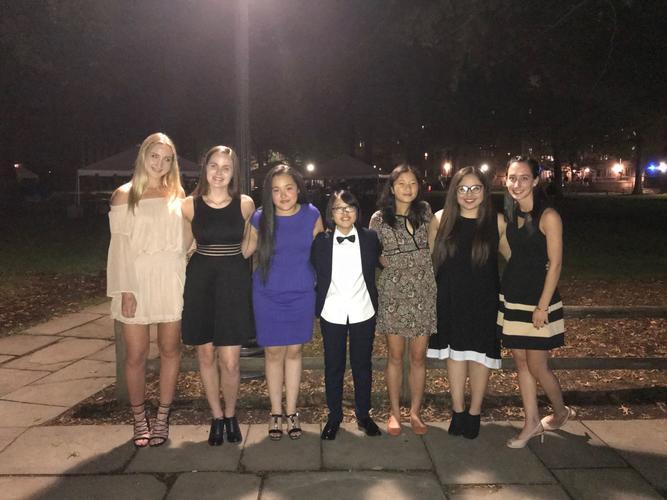