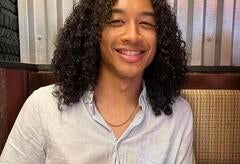 Hello! I’m JT, a senior in Pauli Murray College from Hershey, Pennsylvania (or Chocolatetown, USA). I major in Ethics, Politics, and Economics (EP&E), with a concentration in transformative criminal justice policy reforms. During my first three years, I was involved in the Yale Black Men’s Union, Yale Symphony Orchestra, and Yale Concert Band. Now in my final year, I’m working on both my thesis and my Yale bucket list (sunrise hike at East Rock, here I come)! I love trying new restaurants with my friends, going to live concerts, and watching way too much TV. Whenever I’m not watching “The Simpsons” or studying, you’ll probably find me going on walks down Hillhouse Avenue and the Farmington Canal Greenway.

I (Finally) Got Inducted into the Yale Black Men’s Union 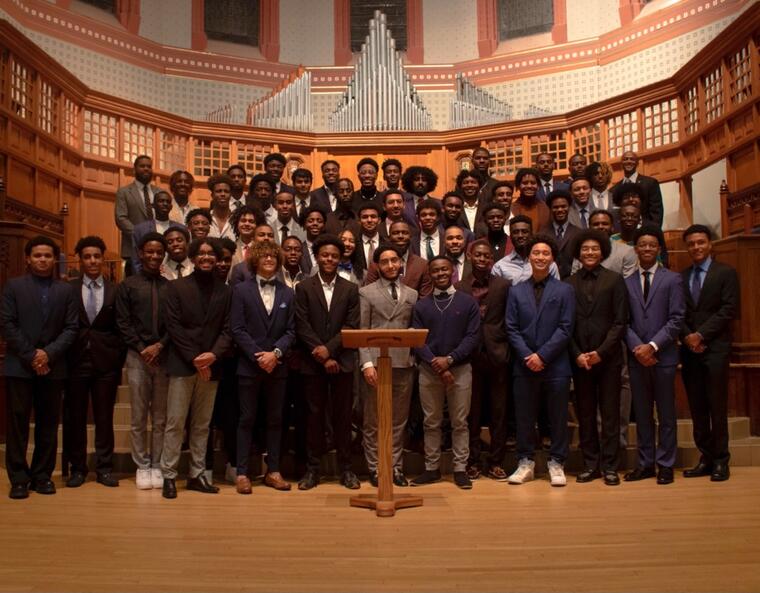 I’m always looking for an excuse to dress up, and this past weekend gave me the perfect opportunity. The Yale Black Men’s Union (BMU) had our first induction ceremony since 2019 — you already know I had to break out my favorite suit.

The BMU was founded in 2007, and it offers a space for Black men to hold community and interrogate constructs of masculinity. It was one of the first organizations that I joined at Yale, and a place where I met some of my oldest friends on campus. As a senior and former Co-President, it was truly heartwarming to witness the ceremony in person for the first time.

If you’re particularly perceptive, you might be thinking, “First time? The BMU had an induction ceremony in 2019 — where were you?” Well, I was too nervous to skip symphony rehearsal for the event, so I was across the street suffering from a debilitating case of FOMO. So, this year I made sure my schedule was completely cleared. 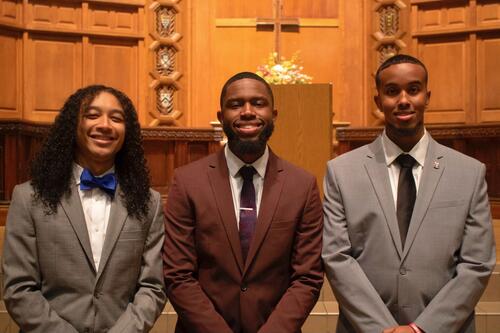 The ceremony was held at Battell Chapel, a truly gorgeous place of worship right on Old Campus. It featured speeches from current board members, as well as our faculty advisor (the one and only Earle Lobo) and OrLando Yarborough III GRD’10, a pastor at the Black Church at Yale. They shared their insights on topics ranging from belonging at Yale to the importance of staying humble, passing their wisdom down through generations. 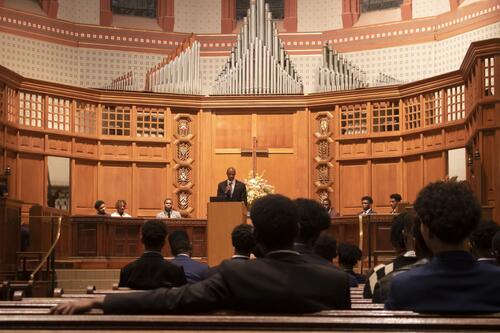 Orlando Yarborough III GRD ‘10 delivering the keynote speech, which included his own recollection of the BMU’s founding in 2007.

One by one, 54 (fifty-four!) students were called out by name to sign the official presidential notebook. The notebook contains letters written from each President to his successor, as well as an official record of the board members and inductees for each academic year. The notebook has been passed down these last few years without much ceremony, but this weekend it finally made its way out of my desk drawer to someplace a lot more useful. 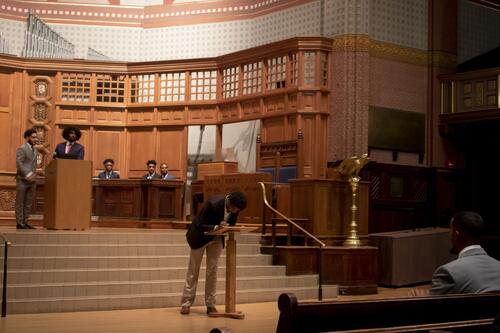 As it was our first induction in three years, members of my own class (including myself) and two other classes were officially inducted along with first-years. I’ll admit that the ceremony made me feel a bit old (one of the speakers referred to my class as “alumni”, which I took great offense to), but it also made me hopeful for the future. I spent most of my time in the Union as a board member during a pandemic — like many organizations, we had difficulty maintaining our momentum at times. Now, as the resident senior citizen I can kick my feet up and enjoy the fruits of our labor. As I sat in Battell Chapel, I was surrounded by feelings of joy, excitement, and renewal. It felt good to officially be a member. 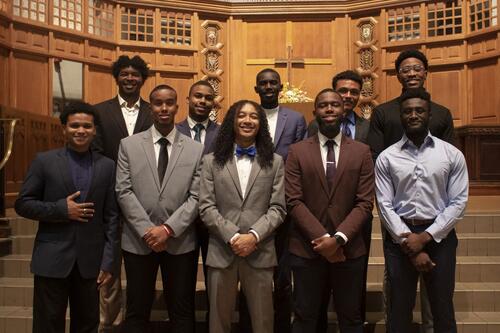 The BMU Seniors — the “old heads”.