A Sunday night at Yale can consist of any of the following: utter procrastination, study group #3, a problem set, an essay, or, my favorite, an art project requiring you to collect footprints.

Let me backtrack. This isn’t completely the case; very rarely will you be required to do an art project, much less collect footprints. But, this semester, my girlfriend is taking “Introduction to Graphic Design.” When she first told me, I thought the class sounded really cool. Can you say Photoshop for academic credit? Apparently, graphic design requires much more than just pretty pictures and fonts. I guess this is the point of the class. A lot of their “homework” requires them to cut-and-paste the old fashioned way (i.e. with scissors and glue), to consider the importance of layout in their designs, and to comment on the meaning and motivation behind every aspect of a design.

Case-in-point: one of their projects requires them to “begin a collection,” with some sort of intriguing visual quality. They’re supposed to add to their collection throughout the semester so that by the end, they have at least 100 samples. For some strange reason, my girlfriend chose to collect footprints. It’s an interesting choice, definitely unique. Dilemma: it’s a Sunday night, 10 pm, and 40 footprints are due by next morning. Current footprint count = 0. For a simpler collection, 40 items would’ve been a piece of cake. How do you get 40 people to lend you their foot, let alone let you paint it, so that you can collect their footprint?

Why, you e-mail a bunch of Yalies, of course! How could such a solution ever have slipped our minds? At 10 pm, she sent out an S.O.S. e-mail to all the student groups she’s involved in, pleading for their feet. Ten minutes later, she received dozens of texts and e-mails from people more than happy to lend their feet for such a bizarre project. At 10:30, we embarked on a mission to collect 40 footprints from all over campus. 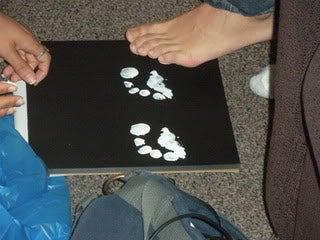 From one stop alone, she was able to get 20 footprints. We went to get footprints from one of our friends, a freshman currently living in Bingham Hall. While painting her foot, the girl’s suitemates walked in, perplexed by the strange sight of someone getting their foot painted. Like true Yalies, they offered their own feet for the cause, after a quick explanation as to why we were collecting them. They then took us up and down their entryway to their friends’ suites so they too could partake in the fun. Everyone we met eagerly gave their foot to the cause too, with little hesitation. In an hour, we had visited 4 suites, collected 20 footprints, and made countless new friends. 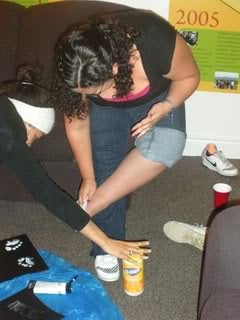 This is a testament to how amazing Yalies are. When someone’s in need of help, we jump at the thought, forgetting about that paper that’s due in 8 hours that we haven’t started. We embrace the chance to do quirky things, instead of shy away from them. “You want to paint my foot? Okay, sure.” “You want me to dance in public? If you say so.” Embarrassment is not in our vocabulary. Our primary priority is each other, and ensuring that, at the end of the day, we have interesting stories to share other than, “I wrote a paper in three hours.”

So, by 1 a.m., my girlfriend had her 40 footprints; I had a problem set that I needed to start; and 40 people had feet they needed to clean. But, we all shared a common experience that made the procrastination all worth it. 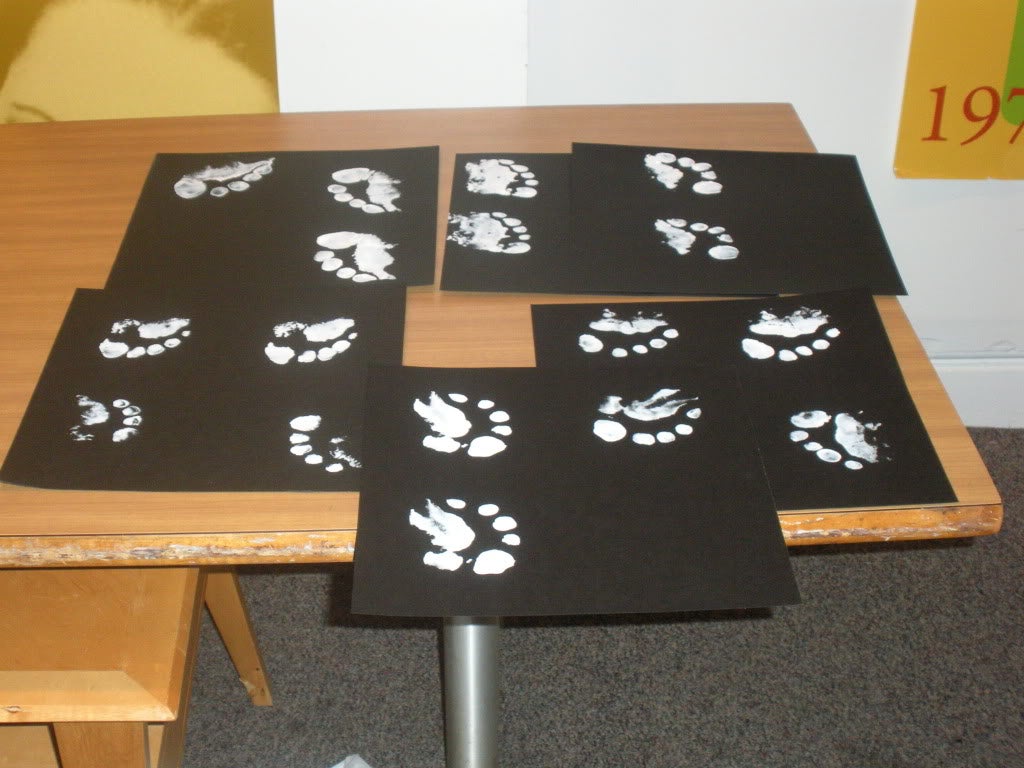