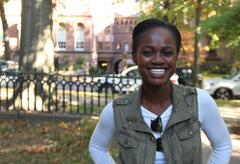 Hi! I’m Grace and I am a sophomore in the glorious Saybrook College from Union, a quaint town in northern New Jersey. I plan to declare as a Molecular Biochemistry and Biophysics major, a small step in my long-term plan to become a surgeon. Most of my time outside of class is devoted to WORD, Yale’s oldest spoken word poetry group, helping plan the Black Solidarity Conference as a board member, and Props Mastering for various theatrical productions, and generally trying to prosper. In my spare time, I enjoy unabashedly people-watching, redecorating my room, and curling up into a cocoon in my bed with the false intention of reading.

Behind the Scenes to Front Row: My Life in Yale Theater 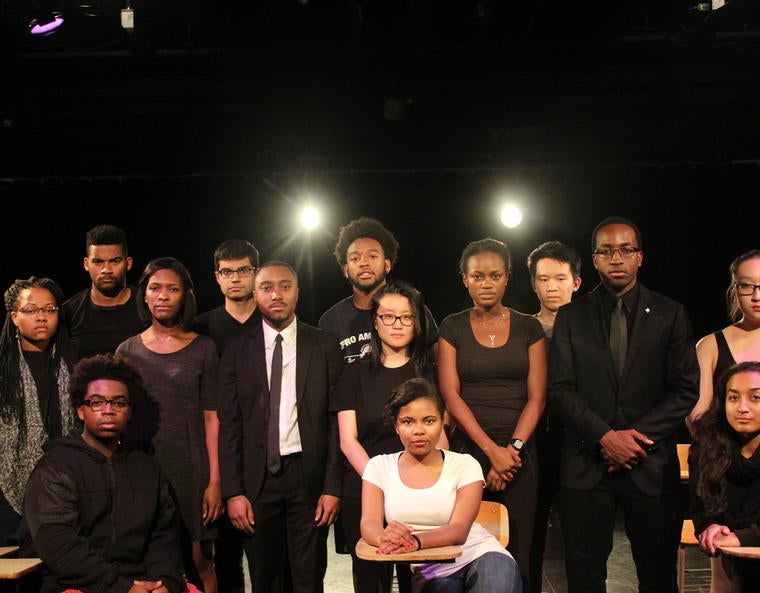 At the start of my freshman year, I knew for sure that I wanted to involve myself with theater at Yale. First semester, getting joining the crews of shows was as easy as showing up to a meeting. As a general crew member, I learned to add filters to lights while on the light crew, how to cue sounds as a part of the sound crew, and even spent some time painting and designing sets. I had tried my hand at nearly every department by the end of that semester, but found that what I loved most was Props. 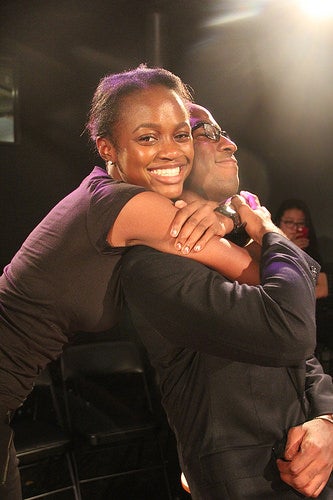 I continued working on Props throughout my freshman year and have even signed up for a couple of shows this semester, totaling 5 productions. Now, I am working as the Props Master for Exception to the Rule, an incredible student-written play, and Twelfth Night, a Shakespeare classic. As a student whose academic pursuits center around the hard sciences, it’s so nice to be a part of these productions and engage my more creative side. As the Props Master, I first read through the play to compose a list of all of the props directly mentioned. Then, I read it over to come up with a separate list of props not explicitly in the text, but that could help to bring the scenes together. The fun is then in meeting with the director and producer to discuss inventive ways we can interpret the play to think of props to use that at first are not apparent. 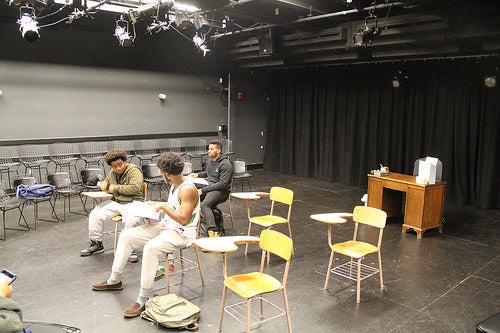 After settling on a final list, I head to the Yale School of Drama’s Prop Warehouse to tag as many of the items that we need as possible. I can only compare the Props Warehouse to the Room of Hidden things in Harry Potter; full of things that only relate to each other in their randomness. This massive space is jam-packed with furniture, books, fake foods, office supplies, bedding, cookware, and a myriad of trinkets. Some highlights from my last trip were an old school bell, crutches, a lime green student’s desk, a typewriter, and a cast-iron pot. I know that in the rest of my time here, I will never see all the wonders of the Props Warehouse.

While I love working behind the scenes of productions, I recently realized that I have almost never been on the other side of the curtain to enjoy the show. With that, I made a vow that this semester I would see two shows for every one that I work on. I few weeks ago, I saw a spectacular production of Mr. Burns with my friend Isaac. For two and a half hours, we sat at the edge of our seats completely enraptured by the post- electric world they created. Isaac, a singer and musician, probably focused on the show’s score and the actors’ vocal ranges. I, on the other hand, kept a running list of the changes in set and props that each character used. It was so cool to assume the perspective of spectator and see the product of the type of work I normally do. Right after the show, we took some time to go over every act, traded favorite moments, and talked through our biggest takeaways.  In working on production staffs so frequently, I’d almost forgotten how much impressive and fun these shows in their entireties can be. 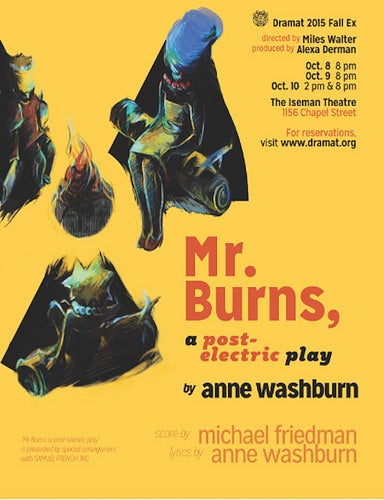 I still plan to see at least 3 more shows this semester. Up next will be Merrily We Roll Along this weekend. I cannot wait to see what new places and experiences my Yale theater career brings me to next.