Discovery of the Dramat 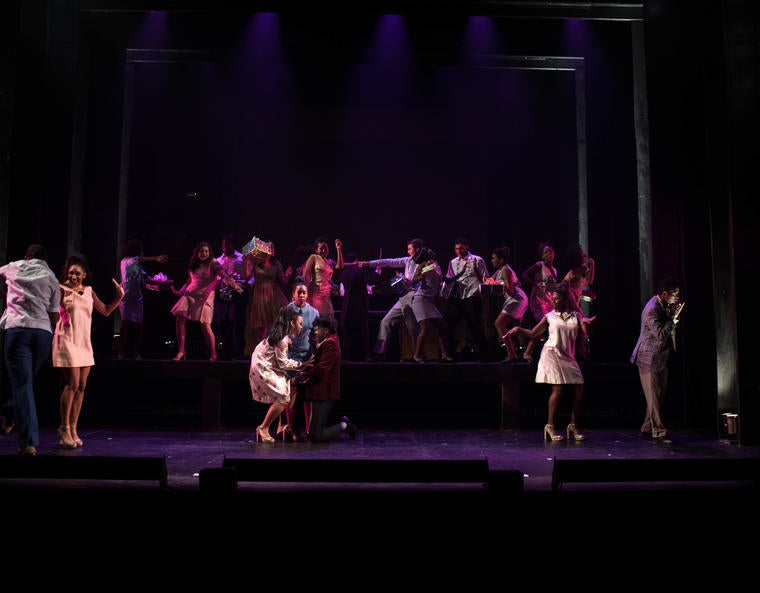 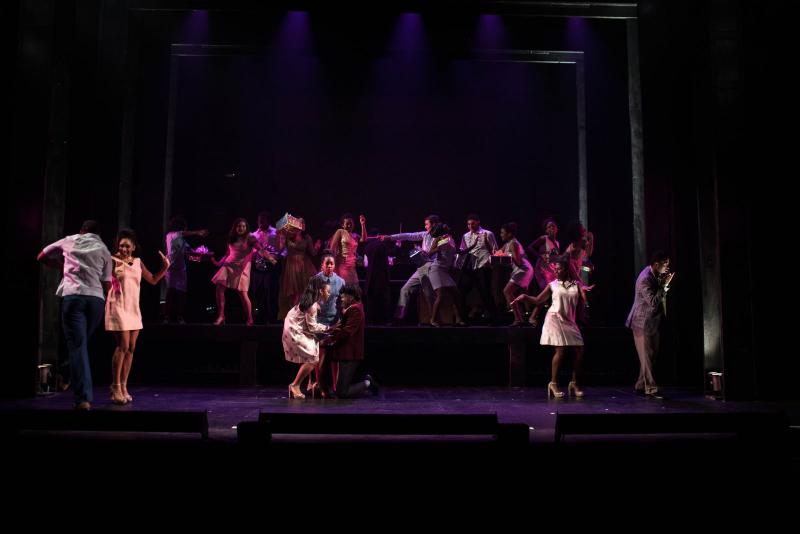 If you’ve ever read one of my admissions blogs, you’ll know that my Yale career has seemed to take on a life of its own. While I’m very thrilled to be where I am, the person I’ve grown into is not one that I think my high school self would recognize. And in many ways, I’ve returned to exactly who I was before entering Yale.

For me, coming to college was a chance to reinvent myself. I didn’t know anyone at Yale, so no one would be able to point out which activities I had never done before, or would call me out if I decided to change my name (For a while, I decided I wanted to go by Elizabeth, my unofficial middle name, when I came to college, but using my actual name – Sadé – felt much more genuine).

And so, when I came to Yale, I threw myself into the activities I thought I had to do. It didn’t take me all that long to realize that many of the things I loved in high school were innate, and so I began my re-entrance into the theater world.

I began this experiment by performing in Shrek, but slowly theater has crept back into serving as major role in my life. After working on three shows with the Yale Dramatic Association, you are eligible for membership. This meant that having been in Shrek the Musical and Dreamgirls and having done film work for Girlish and Julius Caesar, I was offered the chance to become a member of the Yale Dramat. After our first night of strike for Dreamgirls, right before I left for Thanksgiving break, I became a full member of the Dramat. In the following weeks, I applied to be the Special Events Coordinator on board, and ended up winning the position. 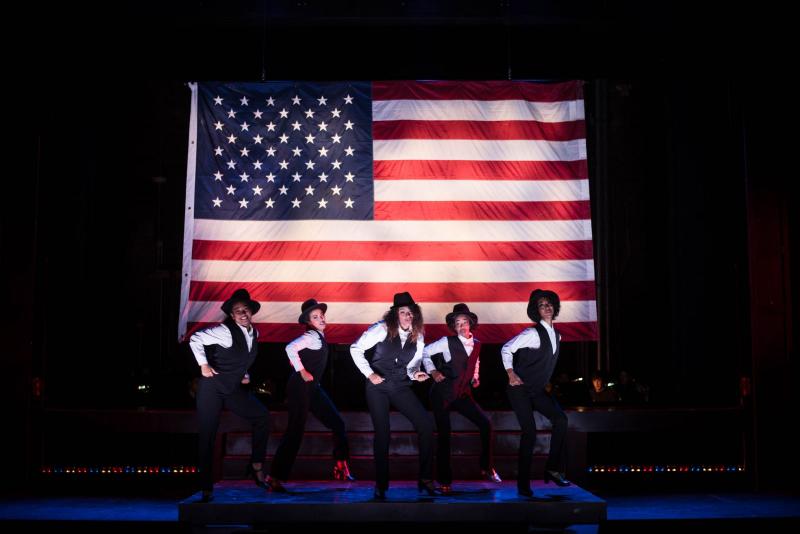 Vivian D. ‘19 took these amazing photos of Dreamgirls. I’m rocking out in the center as one of the “Five Tuxedos” at the Democratic National Convention.

The Dramat is an interesting organization. It oversees an incredibly large budget, and puts on three large scale productions in the University Theatre each year. It is the longest-running student run theater company, and with that comes amazing opportunities to work with professionals and on a scale that I have never seen before. Now that Dreamgirls is over, I’ll be working on a new show – Men on Boats.

Men on Boats is a complete departure from Dreamgirls. It features a cast of ten female and gender-nonconforming actors re-enacting the Powell expedition down the Grand Canyon. This show is a reinterpretation of history, in which ten white men took the voyage. This will also be my first non-musical at Yale, and transitioning to straight theater has been an incredibly fun, but also a hard process. We’ve been spending time running lines – both while sitting at the table and while physically running around the room. In this show, we’re attempting to emulate the incredible hard work that goes into rowing down the Grand Canyon. It’s a very different vibe to be able express how tiring and hard the work I’m doing on stage is; in a musical, the goal is often to make the dancing and other movements look as effortless as possible. Men on Boats and Dreamgirls have been incredible shows to work on back-to-back, and are helping flesh out my idea of what it means to work on performing arts.

However, like with Dreamgirls, our director comes from New York. Sherri, the director for Men on Boats is incredible, and hearing her insights on life are quickly becoming one of my favorite parts of rehearsals. To work with theater professionals at Yale is not the exception, but rather the norm. In addition to the professionals the Yale Dramat brings in, one of the courses I’m taking for fun this semester is “Musical Theater II,” in which I get to work on my musical theater skills in a classroom setting with another professional. 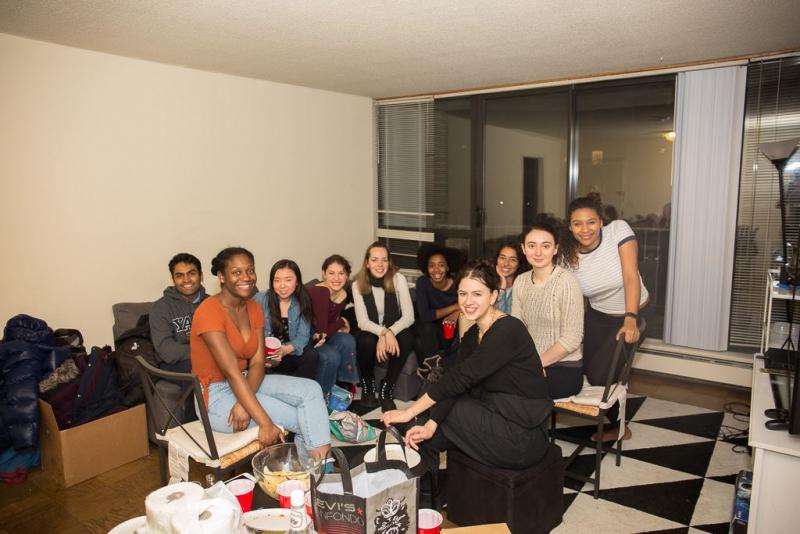 Here’s most of the cast (and some of the production staff) of Men on Boats during a bonding event that we had in my apartment.

I love theater. It’s often hard to articulate why, but I always find myself being pulled back into the world of performing arts. Getting to work with the Yale Dramat and with theater classes has been something exciting; something that continually makes me happy. However, art is about more than that. Theater can express such important messages and create powerful change.

Getting to immerse myself in theater at Yale is such a joy, and I’m so grateful to finally be in a place where I can choose to participate in activities based on what they bring me, and what I can help give back to the world. 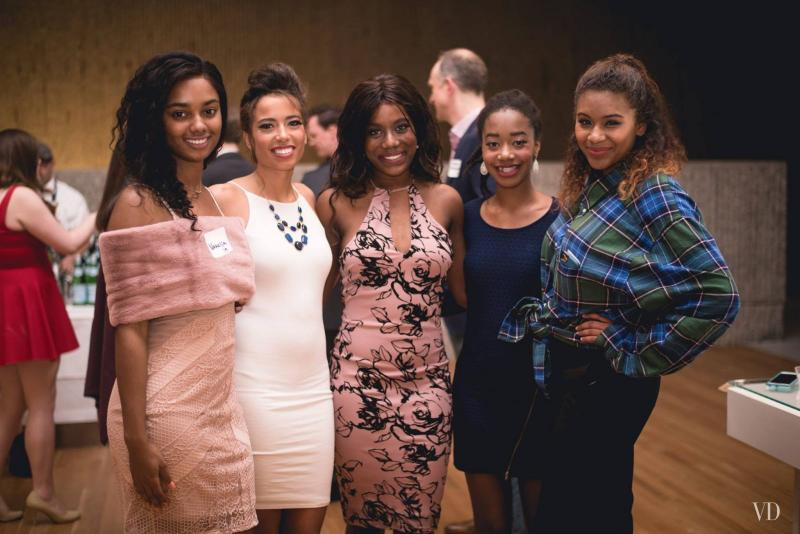 I’m now on the board of the Yale Dramatic Association as the Special Events Coordinator (SpecEv). Here’s me at a Dramat event. Can you tell I didn’t know it was a formal event?