If I Could Change Yale… 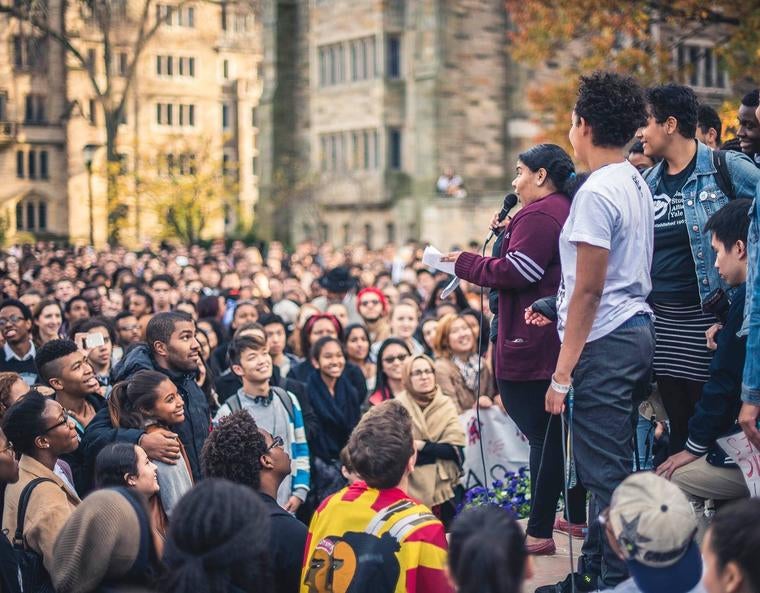 I talk about Yale in a lot of contexts. There are typical conversations back at home in California regarding my life at college where people often ask about my future (I don’t know what I’m going to do yet!) and what classes I’m taking. There are conversations that people strike when they see me wearing a Yale hoodie on the bus, and there are chats with my friends at other universities. I also talk about Yale for Yale Admissions, answering questions for prospective and admitted students and their families. The questions and comments from each of these demographics are different, but of the questions I get asked, the one I hear across the board is, “what is your least favorite thing about Yale?” or, “If you could change anything about Yale, what would it be?”

I have a cheesy answer to this question. I laugh and I instantly say, “the cold.” To be fair, this isn’t a lie. If I could transport Yale to the Bahamas or Hawaii, or even back home to Oakland, I would. Instead of making snow angels I would lie on the beach and eat grapes and read novels in my free time. Yes, I know that’s not how Oakland weather is, and it is certainly not how I would spend time in college, but it is a fun little fantasy. While I would miss the snow days and the beauty of the campus in the winter, I would somehow manage to struggle on.

In reality, the question of my least favorite thing about Yale is very hard to answer. There are often little things I would change: a better printing system, more AC units, the elimination from all bugs from campus, and instant teleportation systems so I would never have to walk anywhere, are some examples of what comes to mind, but there isn’t one big answer about the worst aspect of my Yale life. All in all, as a Yale student, I’m pretty content.

And often, when I dislike something at Yale I’m unsure if it is truly a Yale problem or a me problem. For example, one of my least favorite things about Yale is the culture of stress. I sat down to write this blog after having the flu for a week. I had never fully put my life on hold for illness before; I usually just power through. However, with the flu, I had a fever, chills, and such bad pain that I had to call out of all my activities and classes. Coming back to my life I felt so behind. It felt like my friends already had new inside jokes, everyone had seen new amazing performances, and overall I was just years behind my peers.

Obviously, that’s not how it works. I’m still friends with the same people, no one had removed me from any groups, and all my professors were incredibly understanding. I’m used to getting sick during holiday breaks – I leave Yale exhausted and try to give my body a break, and instantly feel all the sickness I’ve passed ignored since the last break. This the problem – the fact that I don’t feel like I can take the time to focus on my health, but I don’t think this is a Yale-specific problem. I’ve always been high-strung and anxious, I enjoy doing tons of activities, and pushing myself to do more is a something I’ve always done. I know many of my peers complain about stress, but even if you transplanted us somewhere else I’m not sure if this problem would go away. Yale students are passionate, we care about so many different things, and to me this stress culture, while negative, does show how much Yale students care. Yale as a university should work to provide resources for these students, and in my opinion, does. There’s always room for improvement in terms of responding to problems such as this one, but I’m not sure how you would solve the stress culture at Yale and other universities.

But just because I’m content doesn’t mean I don’t ever want to change anything. I’ve been involved with campus protests, and there are many elements of Yale that I think do need to change, and I sometimes feel like the changes I want aren’t happening fast enough. I’ve been involved in tons of campus protests over my years at university, and that’s not something I can envision changing. Just because I’m happy in a situation does not mean that there are not active changes that can and should be made. 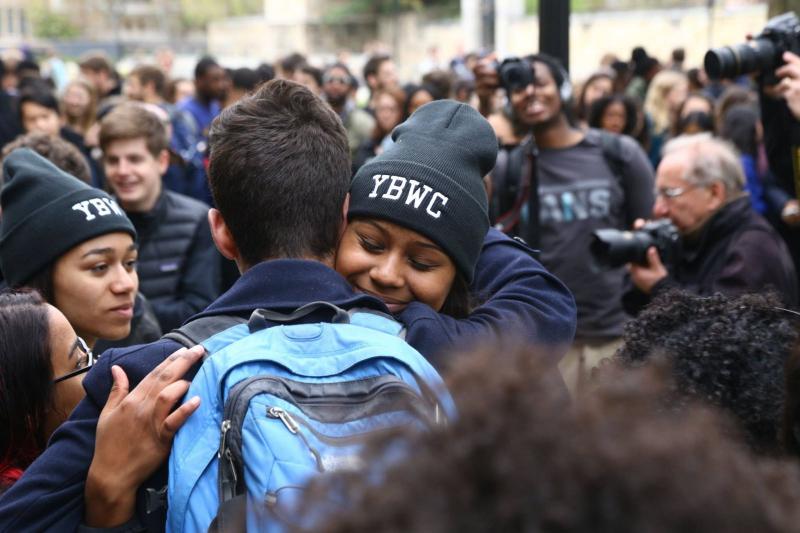 I’ve bonded with amazing people over creating change at Yale.

However, Yale is an old and large university that is steeped in tradition. Making change at a place like this one takes time, but it does happen. While it often doesn’t feel fast enough, I’ve seen change happen since I’ve arrived on campus. I’ve seen more resources allocated for students of color, I’ve seen building names change, and I’ve seen the culture of discussion for campus problems genuinely improve.

I think I am very lucky to have a school where people can voice opinions and genuinely want to make this school a better place. I ask Yale to make changes because I want to leave behind the best school I possibly can, not because I’m always sitting at home being angry about where the university is currently and looking for things to change. 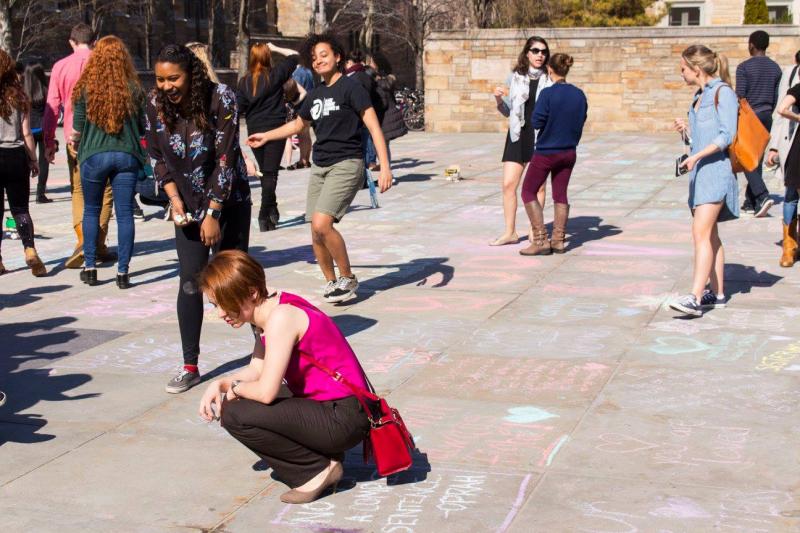 Dancing at a chalk-in on cross campus!

At the end of the day, I am so happy to be at Yale. When I discuss admissions, and when I encourage students to come here, I’m not lying. I leave those conversations renewed in my faith that Yale is absolutely the place for me. I have bad days, and I have tired days, but I can’t imagine I would be any happier at a place other than Yale University. 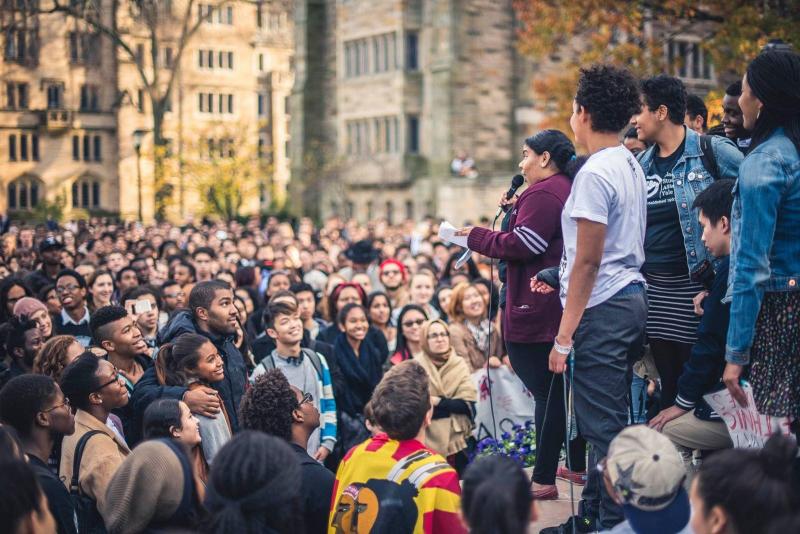 Here’s me at a protest in my first year!