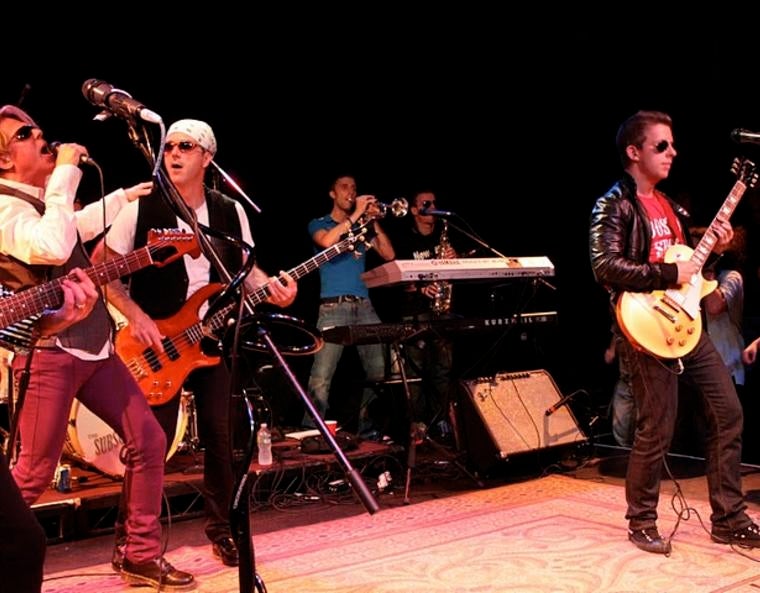 Investment bankers by day, non-profit rockstars by night: The Subscribers are a rockband that doubles as a 501 non-profit corporation that has fundraised over $7 million in benefit performances, and I recently had a chance to join them in concert.  They describe their style as “anything that makes a party”, so clearly they needed the Yale Precision Marching Band to join them on stage for the show’s over-the-top finale.

The Yale Precision Marching Band does a lot of gigs you wouldn’t expect the traditional marching band to do.  (For starters, we don’t actually march!  Kind of a misnomer, huh.)  One of my favorites is when we Attack Band events on campus.  “Attack Banding” is how we help our fellow students out―they often don’t realize that they need a marching band to perform at the rededication ceremony for the Bass Library, or during a lecture on the Cold War, or during a chess tournament, so the YPMB is there to help them out with surprise concerts they didn’t know they needed.

The Subscribers invited the YPMB to join them for the finale of a recent benefit concert in Fairfield, CT, and they totally agreed with our philosophy of Attack Banding. So the YPMB was hidden in the concert venue―we all wore street clothes and danced along to the Subscriber’s set, looking like your average group of college-age concert-goers.

Imagine the audience’s surprise when we donned our uniforms and stormed the stage, instruments in hand.  The addition of a marching band to a rock band transformed Fleetwood Mac’s “Tusk”, usually laid-back and mellow, into a show-stopping piece of epic rock. 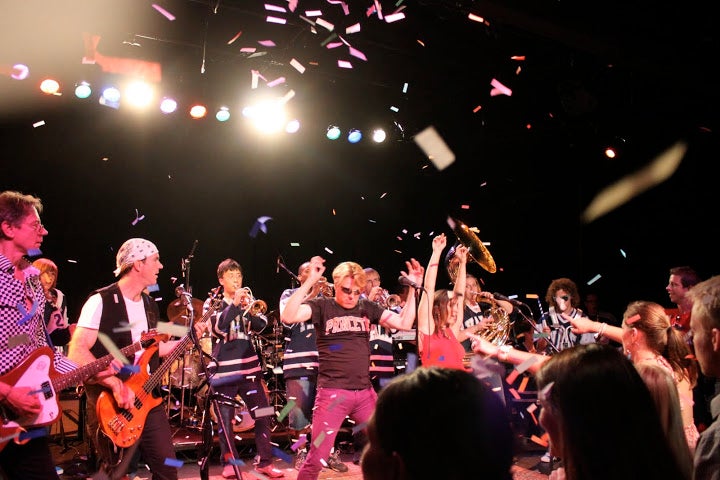 A trio of dancing girls from broadway, confetti flung into the air, and a surprise invasion by the
members of the Yale Precision Marching Band! 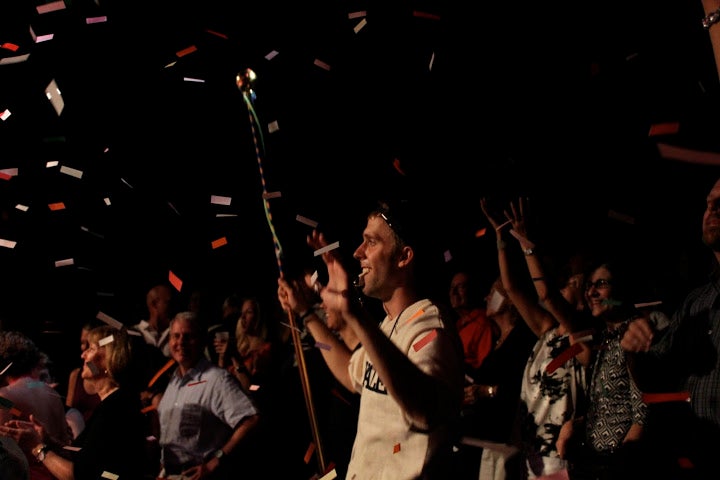 As the Drum Major of the marching band, at football games and the like I usually conduct just by hand, but for this concert I was conducting from the middle of the crowd.  Below the rest of the band on stage, I needed something a little bigger and flashier.  So I Macgyver’d a conductor’s mace out of a curtain rod, electric tape, and glow sticks to wield above the heads of the crowd.

The newspaper reviews wrote in awe about the “nearly three dozen musicians” who “turned it up about eight octaves”.  I couldn’t help smiling at this―for space limitations, we were only allowed to bring 12 instrumentalists onto the stage, but the band’s volume and presence apparently convinced people we were three times larger than life.  We’re just that big.

At the end of the day, it felt like one of those bizarre, “am-I-a-real-person?” type of moments.  Saturday morning I casually woke up, hopped on a train to live out my rockstar fantasies, conducted my band in a club of screaming fans, hung out backstage with the world’s fastest female drummer,  and was back on campus that same night.  No big deal.  Its those kind of moments that make me step back and remember how much I love the unexpected cool stuff in my life.