A Senior Tries Intramural Sports For The First Time & WINS?! 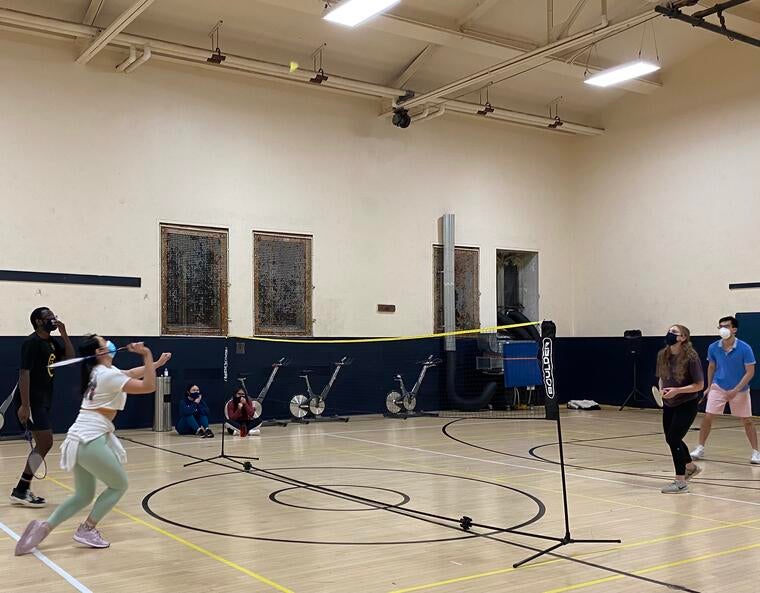 I have never called myself an athlete.

But now, after leading our residential college Stiles to first place in ladderball and second place in pickleball, I might have to reconsider that.

See, I attended a performing arts high school where we ran laps around the parking lot because we didn’t have a field. The running joke was that students were clueless about sports, and that math teachers would have to explain what a basketball is whenever we had sports-meets-physics problems to solve. I played tennis in middle school, but I traded my racket for paper and pen in high school as I dove into creative writing.

So when our Stiles IM secretary casually invited me to partake in the wonderful worlds of racket sports once again, I said yes. It was pitched to me as a chill time where the pressure is off. The way IMs work is that your residential college will email out a weekly schedule of all the sports that are in action that week. You show up when you can, and the spirit of IMs is all about low stakes fun. Of course, there’s a matter of residential pride too—colleges compete for the Tyng Cup, the most coveted (and only) Intramural trophy. Fun fact—Stiles has the third most Tyng Cups out of all the colleges (and we were founded 30 years or so later than some others)! Recently, we won the Innertube Waterpolo championship, our first in a few years. 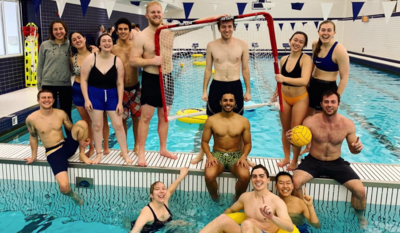 So, with nothing to lose (quite literally), I grabbed a few friends and headed out to my first IMs, diving headfirst into the world of badminton, ladderball and pickleball my first semester of senior year. Even if I didn’t get to play during the actual matches, as our Stiles team would be filled some nights, it was still super fun to cheer from the sidelines and play a zero-stakes game afterwards. I found ladderball quite delightful, a sport consisting of throwing two small balls connected by rope and hoping it hooks onto the rungs of a ladder; it was such an unusual sport that only required a basic amount of hand eye coordination that I felt, largely, that everyone was on an equal playing field. To my surprise, Stiles survived the playoffs, and two teammates and I showed up to every nail biting final game, eventually taking home the ladderball championship, beating all 13 other residential colleges for number one! 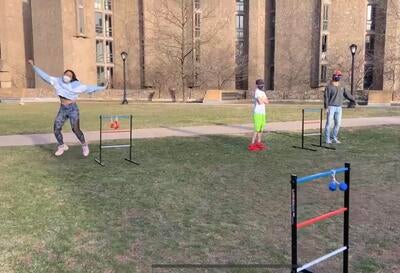 Celebrating after I hook the hardest rung on the ladder! 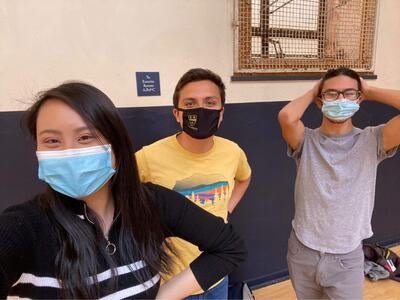 Our post-championship selfie, taken in shock and pride and joy.

This semester, I was invited by our Stiles IMs secretaries to be a pickleball co-captain—they noticed that I had consistently shown up to a lot of games and provided team spirit! My job primarily consisted in getting a team of Stilesians together to play pickleball twice a week (sometimes once), and then communicating to the secretaries that we have a full team. With my co-captain Jared, we recruited our best players and planned out a strategy for which players would play on which matches. With our perseverance, commitment, and moose spirit, we made it all the way to finals. Though we lost in a nail-biter to Saybrook, I’m so proud of my fellow meese for coming in second—for a little scrappy college whose championships are few and far between, we’ve come a long way. 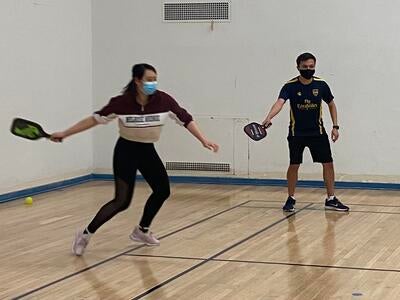 Giving it my all in pickleball!

IMs overall has been a great way to make new friends from Stiles and even other colleges. It’s a friendly environment—every game ends with both teams chanting the other team’s name, for example, “Rah rah Saybrook!” Show up to IMs and you get free gear (Stiles objectively has the best gear because other players always compliment us on our shirt). Not to mention—IMs are a serious workout! There’s nothing quite like exiting Payne Whitney Gym drenched in sweat, heart still pumping, on an emotional high from a great game with my fellow Stilesians. 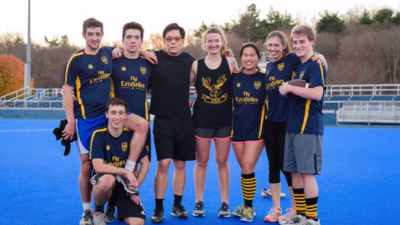 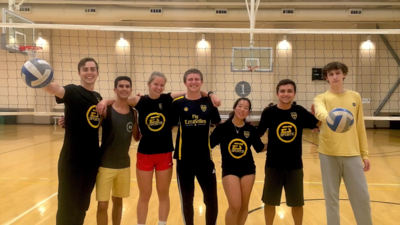 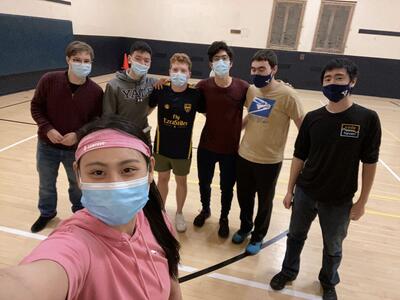 Our pickleball team! Shout-out to my co-captain Jared (right)!