The Wonders of a Senior Thesis Part 1: Inception 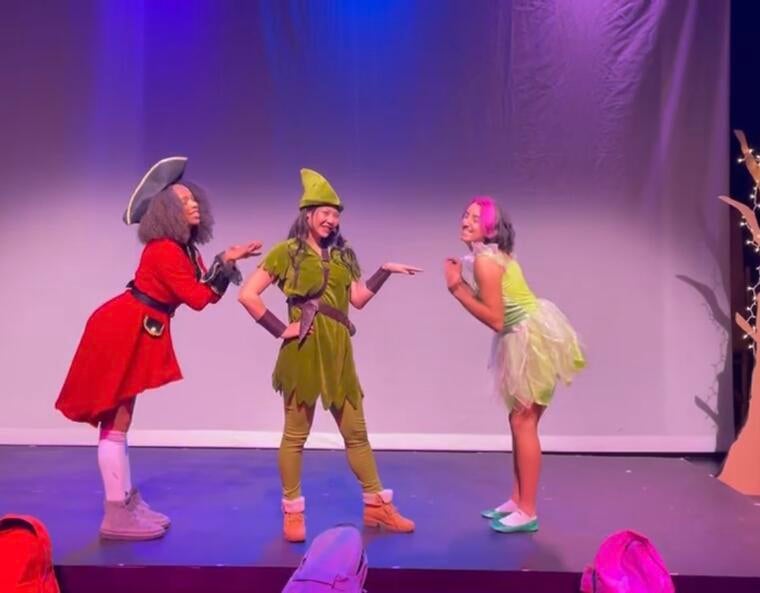 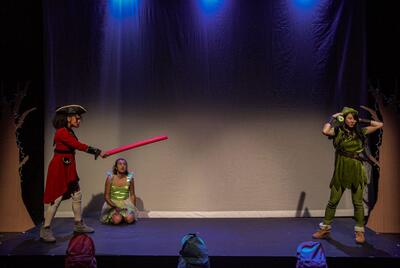 The opening scene of my senior thesis, PANDEMONIUM, inspired by Peter Pan.

I had just returned from a semester abroad in Amsterdam. Everyone in my class year and major, Theater and Performance Studies (TAPS), had spent the fall semester dreaming up and teaming up on their senior thesis proposals. In TAPS, a thesis can take the form of writing a play, writing a hefty thesis research paper, or putting up a production. There are only so many productions the TAPS department usually takes on per semester, which makes the thesis production proposal process pretty competitive. To-be seniors often team up on the same production to strengthen their proposals.

In short, I felt like I was behind: I had no team, but I did have an inkling of an idea, which I shared at our junior TAPS major meeting: an original production inspired by J.M. Barrie’s Peter Pan. I have always loved Peter Pan (peep my sophomore year room decor). That semester, I was also taking a deep dive into the racist imagery of Neverland thanks to a class about settler colonialism. I spent a lot of time in the Beinecke Rare Books & Manuscripts Library on campus, which houses the J. M. Barrie Collection. 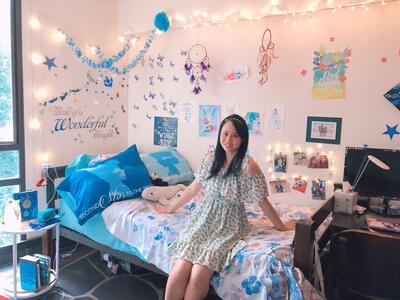 At the thesis meeting for juniors, I listened to everyone else’s ideas: a full production of Ajax in Iraq, an acting thesis in an original play, an improvised one man show… the ideas ran the gamut. I perked up when I heard one particularly out-there idea: a radical Hansel and Gretel retelling, proposed by two of my classmates, Ale and Noelle. They were interested in investigating fairytales to reclaim childhood and family lineages through a production with an extremely limited cast. Joy was their operating word. Not only were their themes perfectly aligned with mine, but I was also enraptured by the idea of teaming up with these two talented legends of the theater and acapella scene on campus.

I knew what I had to do.

I took a shot in the dark and asked to meet up. Ideas aside, what mattered to me most was the chance to partner with them: two beautiful, incredible artists at Yale. They said yes. To me, and to Pan. I watched as the light grew in their eyes as we started spitballing ideas for our production. We were really doing this–together.

In the next few months, we got to work. In between meetings with our advisors, we wrote our proposals, refined our vision, and clicked submit. We sat back with pride at the work we had done, looking forward to our production. And then…

The pandemic hit. We were sent home as Yale packed up everything in our dorm rooms. In late April, we got the news: our production would go up in the Spring of 2021. We rejoiced. Surely things would be back to normal by then, right? 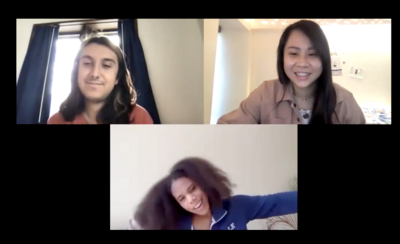 We may be smiling here but we actually were going through an existential crisis!

Noelle, Ale and I emergency Zoomed. We all agreed we didn’t want to do a virtual production. Then we all decided to do something that was never part of the plan: take a gap semester away from campus in my case, a gap year in their case, and push our production to the first slot of Fall 2021. Thrilled with this additional time, we got to work writing our play primarily over Zoom meetings in the spring semester. We finished a full length draft in May. We were proud and excited. Things were looking up as the vaccine rolled out—we couldn’t wait for a full capacity production ideally without masks, with huge sets, fancy lights, immersive sounds, a full crew, and our families cheering us on in the audience.

Then came news of the delta variant. Even outside the pandemic, our world was falling apart as terrifying headlines took hold. Our production was in chaos: we found ourselves with no crew members, because most of our crew had graduated, and the pandemic scrambled people and priorities in unexpected ways. In short, we were sent into an existential crisis: Could we even put the production up? Would all our work go down the drain? 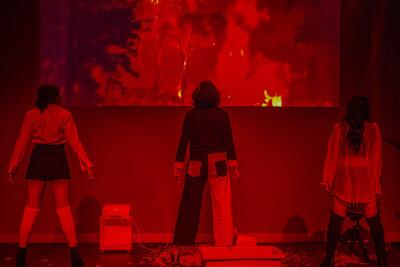 What it felt like to live through 2020-2021, reflected here in a scene from our eventual production.

Two weeks before the start of school, we reevaluated our whole show and our goals. We looked to our devising keywords of wonder, bravery, antiracism, healing and joy as anchoring points. We wanted this new version of our production to answer the question: Why theater, and why now? In the span of a few nights, we dreamed up a radically different production that fit the COVID guidelines and excited us, and pitched it to the department. They said yes.

All that was left was to put on the first live theater production at Yale in 18 months in the span of a month… Reflections on the production process in my next post! 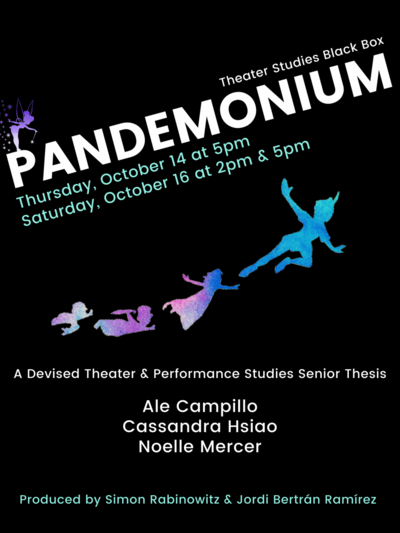