the ~tea~ on Bulldog Days 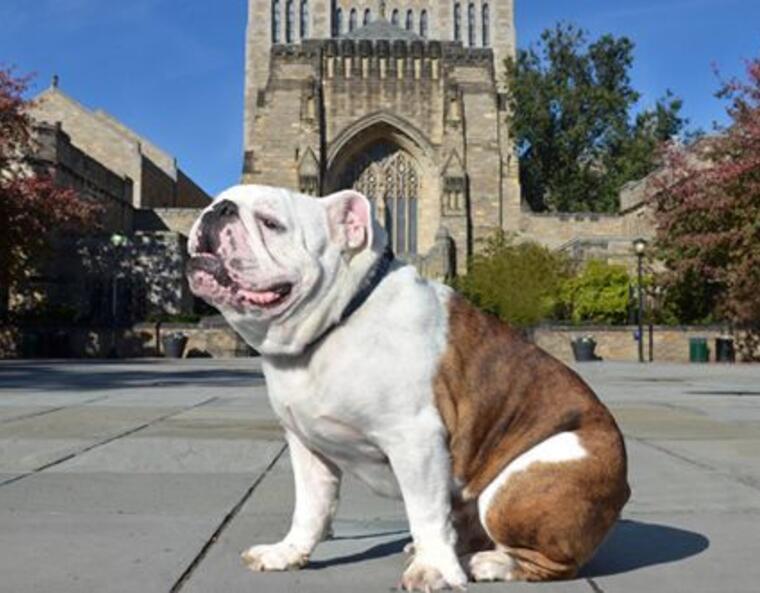 I know you are sad that you’re missing Bulldog Days this year. There’s nothing quite like experiencing Yale in mid-April as a high school senior in the middle of all your decisions. But I’m here to tell you the great news: Bulldog Days is 20x better when you’re not a pre-frosh. Yes, I recall my Bulldog Days with fondness. But the crazy thing is, I enjoyed Bulldog Days even more as a Yalie in my freshman and sophomore year!

Here’s why you will love experiencing Bulldog Days as a Yale student even more than a prefrosh:

1) By the time of next year’s Bulldog Days, you’ll have spent almost 8 months on campus which means… you won’t have the disorienting experience of being lost during Bulldog Days! You’ll already have learned where everything is like the back of your hand. You will feel a deep sense of accomplishment when a pre-frosh asks you where to go and you point in the right direction with unrivaled conviction.

2) You’ll get to spend weeks planning for Bulldog days with your extracurricular clubs. This is true camaraderie with your friends—staying up past midnight planning your killer performance, or what type of food to make, or what swag to give out to the pre-frosh. In preparation of Bulldog Days, you’ll experience a bustle on campus like no other. At the extracurricular bazaar with hundreds of clubs present, instead of running around from booth to booth, you’ll be running a booth and welcoming pre-frosh to your club! 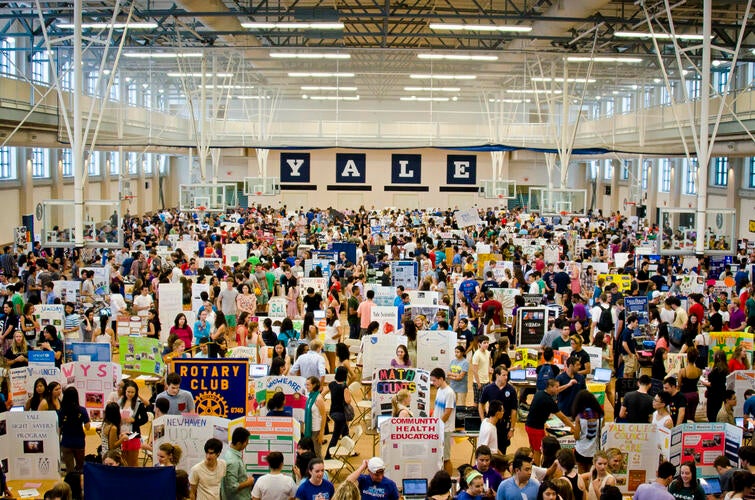 The bizarre bazaar! A good time.

3) There is So Much Free Food. Everywhere. Every club prepares mountains of delicious snacks and treats and catering to welcome the pre-frosh–some of my clubs have made boba from scratch, catered Chick-Fil-A, and hosted build-your-own-bubble-waffle events. But your Bulldog Days will be even better as a Yalie because you will already know the lay of the land–you’ll know how to navigate campus and can get to the food the fastest. And if you’re not comfortable masquerading as a pre-frosh, you don’t have to! There are plenty of leftovers to last for dayzzz. 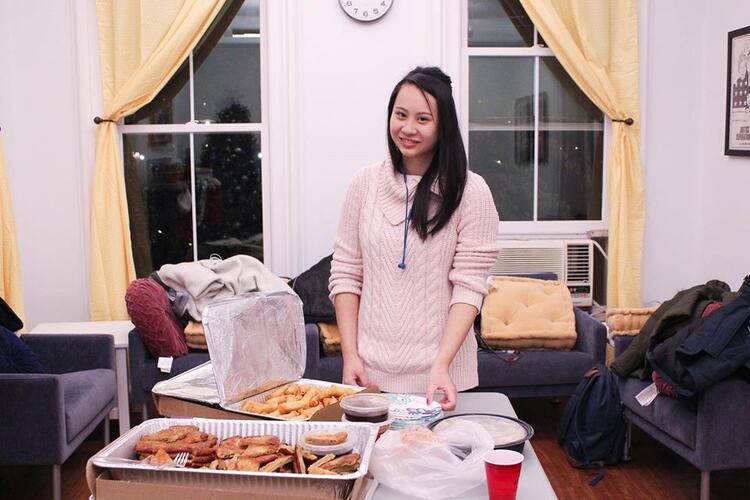 Though this isn’t from Bulldog Days, this is a testament of free food that clubs offer!!! Deliciousness at the Asian American Cultural Center!

4) You’ll get to form a lasting relationship with the pre-frosh you meet. Yalies have the opportunity to even host pre-frosh in their own dorms. As a host you can easily invite them to all your fun events and give them mini tours of your residential college and watch their eyes brighten at the gym! the basketball court! the art room! the dance rooms! the music rooms! the theaters! the BUTTERIES! And of course for dinner you’ll bring them to the best dining hall (Stiles, obviously). Then you’ll keep in touch with the pre-frosh even after they leave campus and answer any of their lingering questions before Decision Day. When they arrive on campus in the fall, you CELEBRATE by going to Arethusa’s, the BEST ice cream parlour in New Haven! And then, you two will get the privilege of obnoxiously starting every conversation with everyone you meet by saying, “Did you know we met at Bulldog Days?” And your pre-frosh will look at you with puppy eyes for the rest of your days because you were just *that* excellent at hosting. 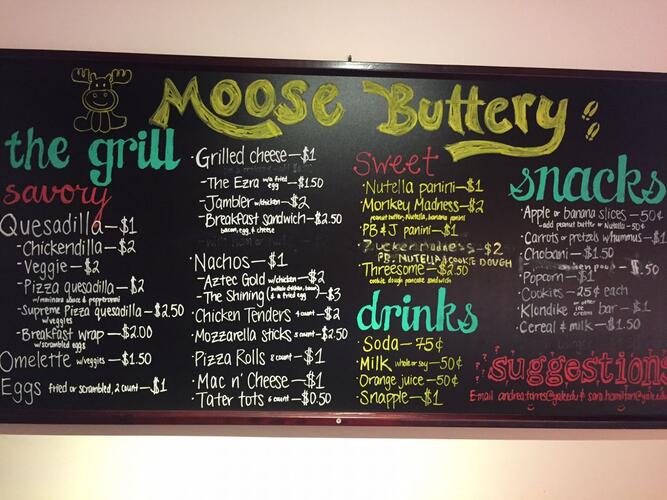 Stiles’ buttery menu circa 2015. My regrets I don’t have a more updated photo–trust me, the current menu is LIT. 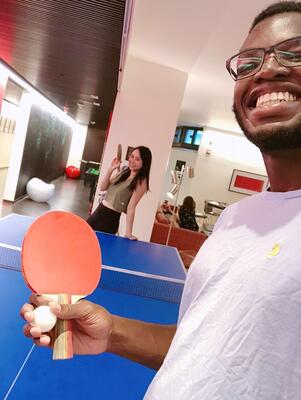 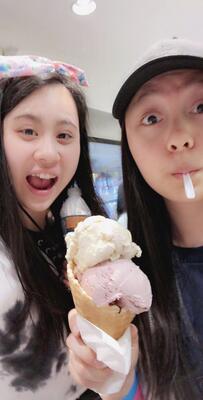 5) Hosts can’t always be with their pre-frosh throughout Bulldog Days sadly, which leads to one predicament every pre-frosh will find themselves in that you’ll have been lucky to avoid: You won’t have to be intimidated to eat in the dining hall!!! As a pre-frosh, I remember being terrified of eating alone in a foreign and fancy dining hall. I tried my very best to look like I knew exactly where to get the utensils, hoping I wouldn’t be Regina George-d for sitting in someone’s spot. Only after I came to Yale that I realized I shouldn’t have worried–it’s totally normal and acceptable to eat alone in the dining hall, but chances are, you’ll just casually strike up a conversation with a stranger or eat with people you just met minutes ago. And most importantly, pre-frosh are always welcome at Yale. This is your home!

Where I ate during Bulldog Days! I remember being very impressed by the ice cream.

6) Rather than just watching the Bulldog Days talent show, maybe you will get to PERFORM as part of your dance, singing, comedy, spoken word, cultural, or theater group! We all know that receiving is always better than giving, and even more so when you’re receiving APPLAUSE. Factor in that this applause is coming from very enthusiastic pre-frosh, and it’ll feel like you’ve won an Oscar. 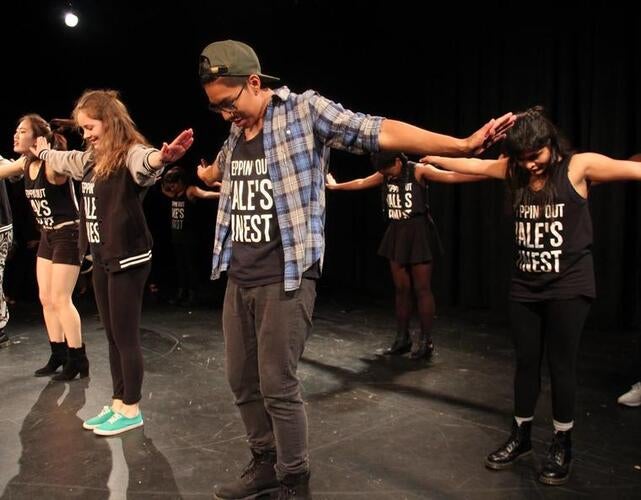 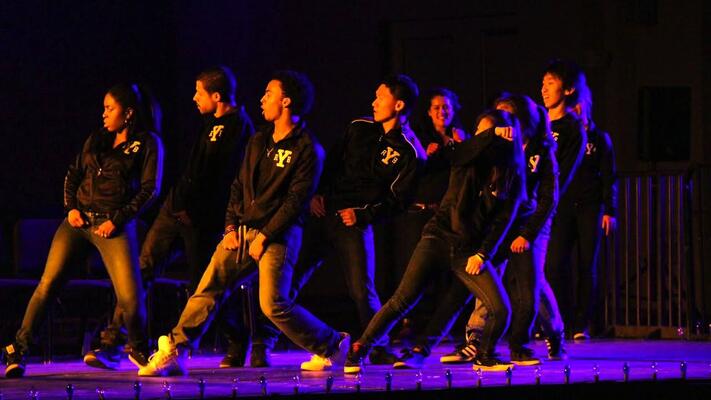 7) Pre-frosh get to attend classes. For you as an established Yalie, life will continue regularly, just that there’s a quiet new face sitting in the corner of your seminar. This is a chance to Shine with a capital S. If you make a particularly insightful comment on that week’s reading of Machiavelli’s The Prince, chances are the pre-frosh will be so drop-dead shook by your critical thinking skillz, they’ll mutter under their breath as they leave the classroom, I must attend this school.

8) Your voice won’t get worn out by all the rigorous Boola Boola chanting pre-frosh have to learn. Instead, they’ll be losing their voices while you’re sippin’ on Jojo’s famed honey lemon ginger tea (this cafe’s drink is a staple of Yale life, soothing your throat and your spirits).

Though Bulldog Days online isn’t exactly the same as dashing madly across campus to attend every single panel on the program, I hope this offers a glimpse into what you’ll experience in the Spring of 2021, welcoming the Class of 2025 to Yale!

Snaps I took almost exactly three years ago during my Bulldog Days!!!