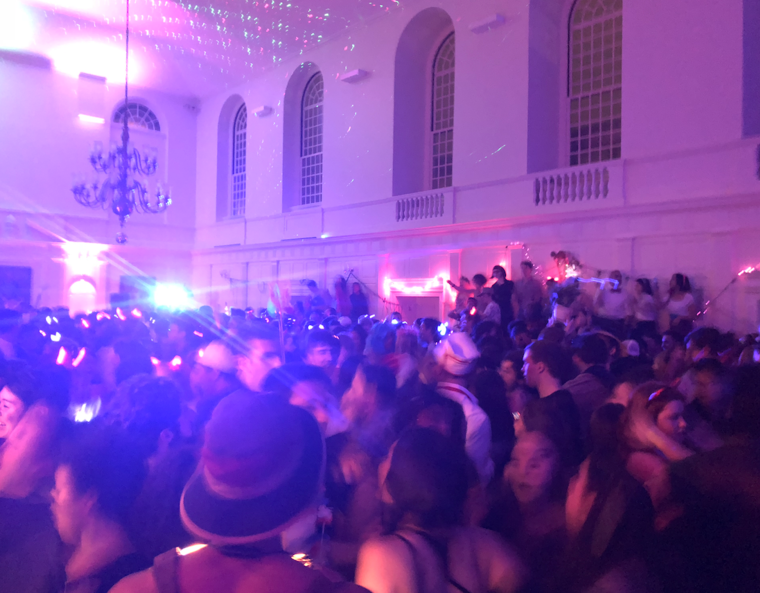 In other words, it’s PROM SEASON!

Yeah, prom season is great, but did you know that for Yalies, it’s like prom season ALL THE TIME?! At Yale, we have 14 residential colleges, and each college holds its own formal. That means there are 14 awesome dances throughout the year. In addition, some colleges do MORE than 1 formal! And there’ll be random dances too hosted by cultural centers and student groups. Dances range from fancy attire to glo-in-the-dark clothes to “Wear your best Aeropostale or Hollister shirt and bring your Heelys and your Sillybandz because we’re bringing it back” for a throwback to middle school dance. These dances are planned by your fellow classmates so you KNOW they’re gonna be LIT. The best news is: most of them are FREEE ($5-7, but many of the ones I’ve attended don’t charge!).

Here I will give a mini review of every single dance I’ve been to with very creative ratings that go beyond the 5-star scale.

Pretty lights, all-you-can-eat Crepes station (I had, like, 3), a live Jazz band, hardwood installed in the middle of our courtyard for footwork on the dance floor. Classy, fancy schmancy. 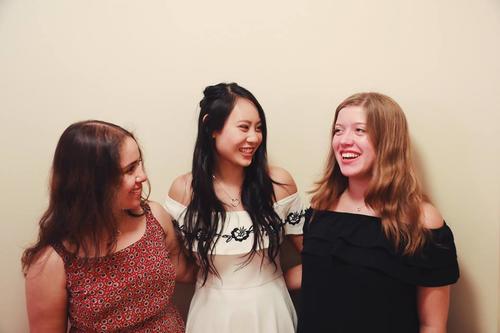 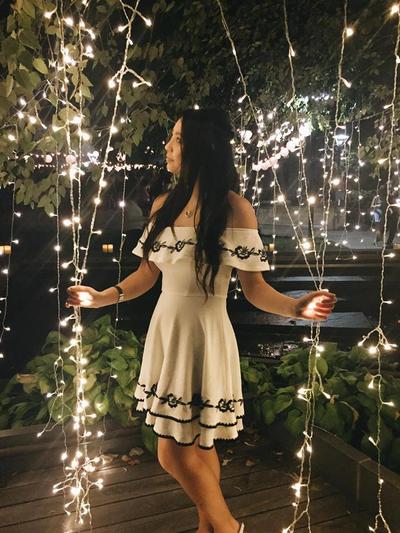 The annual Halloween bash. You’ll see Stormtroopers boogying next to superheroes, gladiators hyping it up with fairy princesses, all in Pierson’s dining hall that has been decked out with colorful disco lights. Very fun.

Rating: 8 out of 9 circles of hell. Docked one circle because it was really hot. Like the temperature inside the hall rose 20 degrees. 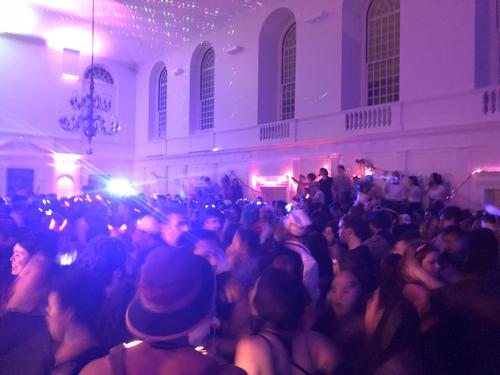 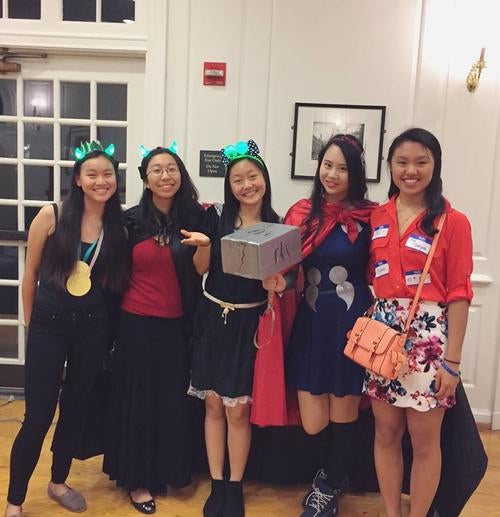 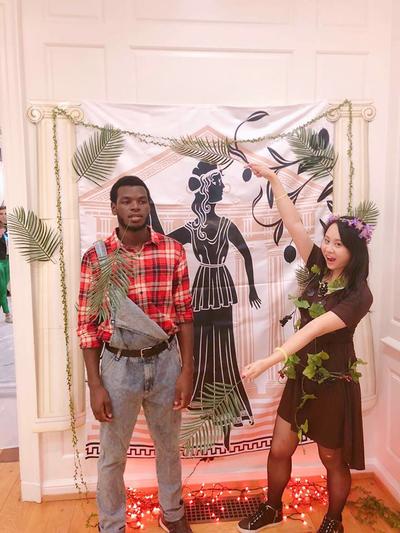 Ours was at the Omni Hotel, the fanciest hotel in New Haven. Though slightly on the pricier side ($17 my year), it’s worth it to experience everyone put on their very best dress. Tradition has it that your suitemates will find you a date for the dance, but you don’t need a date–it’s just as fun to go with you friends!

Rating: Like, a million (crazy) donuts. Because we ate a million donuts at the dance. 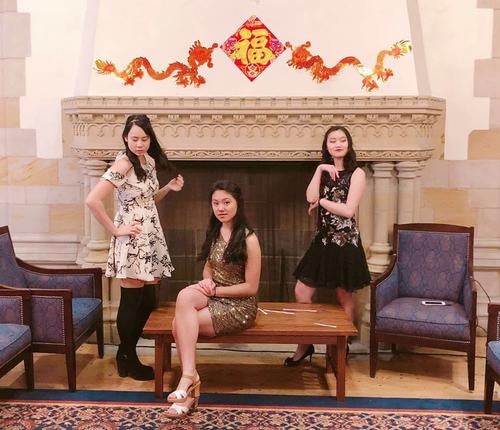 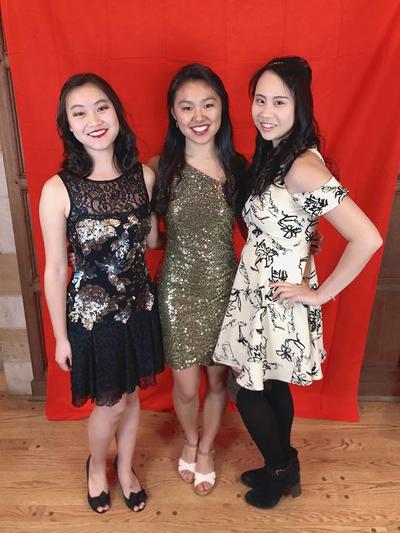 JE’s mascot is the spider! This elegant ball features dance lessons from swing experts and a live swing band made up of Yale faculty! 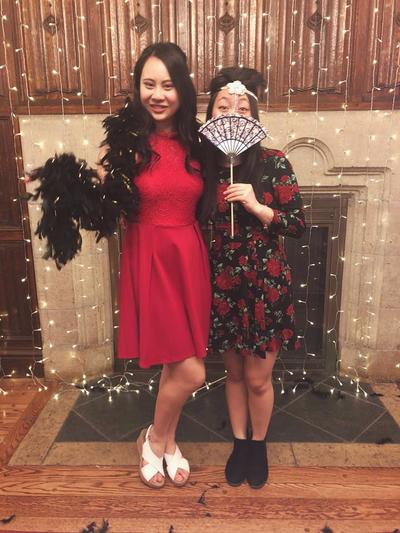 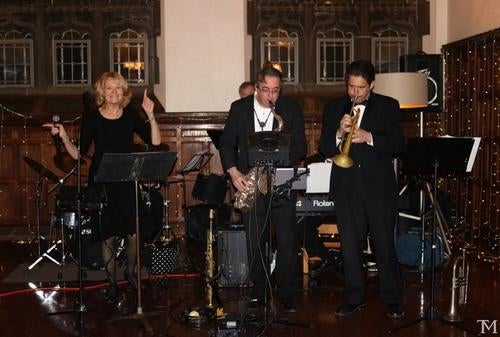 This one is so popular that it got shut down by the Fire Marshall last year. Why? Just read this event description and you’ll understand: “Join us in the Branford College Dining Hall as we take you back to middle school with your favorite hits: Umbrella, Kiss Me Thru the Phone, You Belong With Me, Since U Been Gone, Sk8rboi, Burnin’ Up, Party in the USA, Tik Tok, Mr. Brightside & SO much more.” 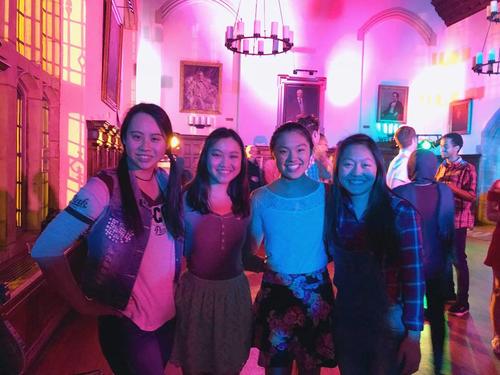 Trumbull’s snazzy formal, hosted in their courtyard. Very similar vibes to the Stiles Gala! Extra points for a semi-creative name.

Rating: 234 cheese cubes, but minus 5 cheese cubes because although there was a crepes station they gave out smaller pieces than Stiles did 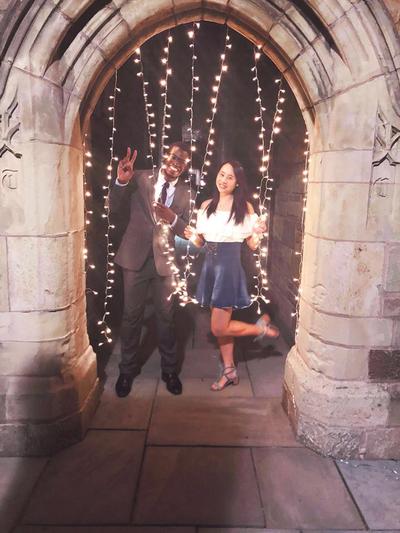 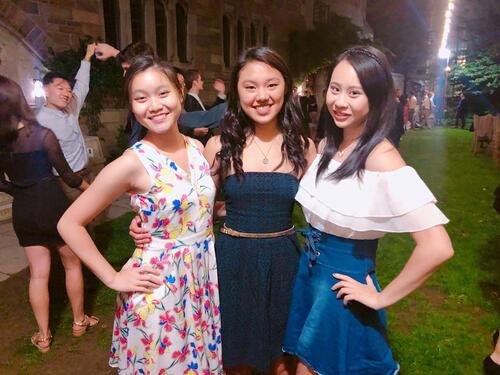 For the first hour a live band played salsa music and student ballroom dancers strutted their stuff on the floor, showing us how it’s done! And though there was a mass exodus at around midnight, the ones who stayed (aka me and my friends) had way too much fun as we took over the DJ and slid across the dancefloor in our socks.

Rating: 999 salami slices. Could have been 1,000 salami pieces, but minus one because the name of this dance is a mouthful. 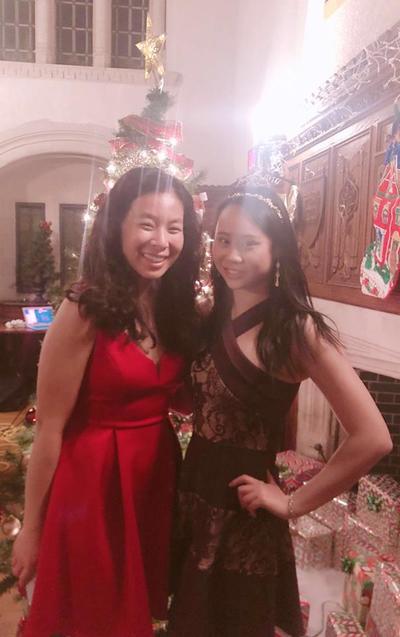 Lit venue at 116 Crown, a trendy lounge serving us delicious appetizers! This dance was hosted by a conglomeration of Asian American student groups so of course we rocked out to classic Chinese songs, hottest K-pop hits and Bollywood bangers.

Rating: all that and dim sum 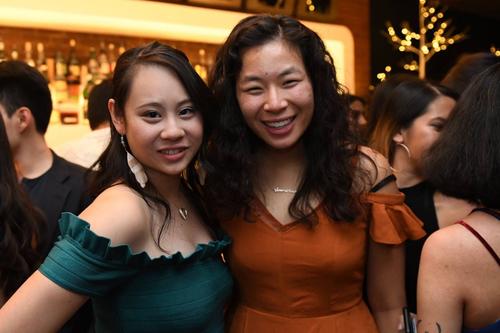 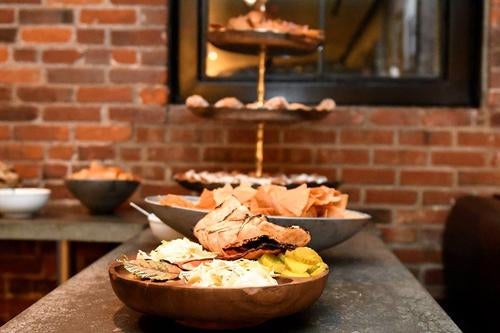 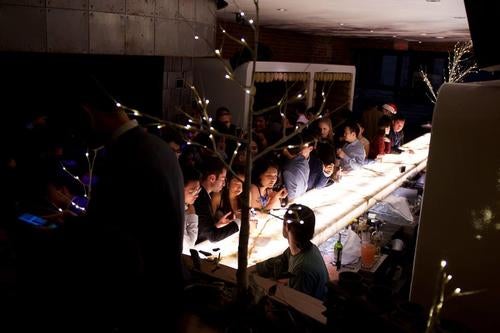 Perfect size dance floor at the Yale Graduate Clubhouse, a venue for banquets and weddings. Ample breathing space to take a break in a different room. My friend hit it off with her blind date. Let’s see what the future holds!

Rating: Six! For the number of times the word “kiss” is sung in Mr. Brightside 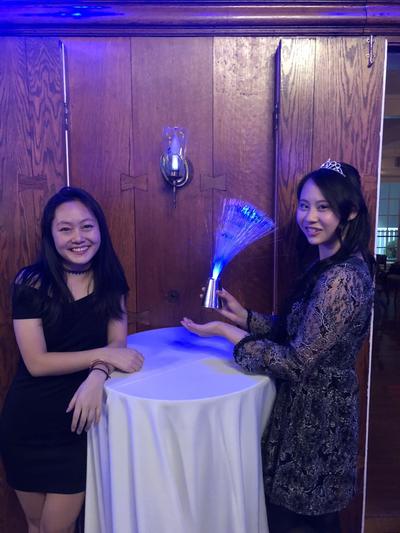 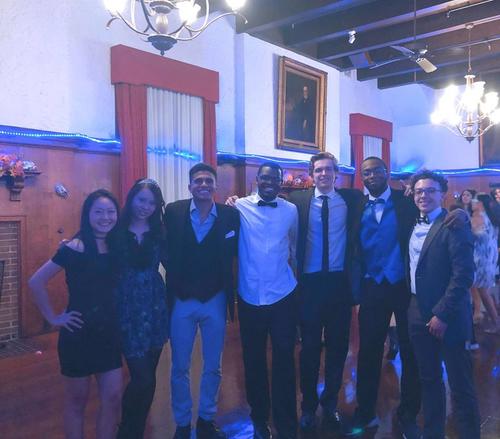 Held at a vintage-inspired eatery called Box 63, this was a thrilling night filled with good ole’ country music. Say it with me folks: “Pop it, lock it / Polka dot it / Countrify then hip hop it!”

Rating: Two cowboy hats and bandanas we totally did not steal 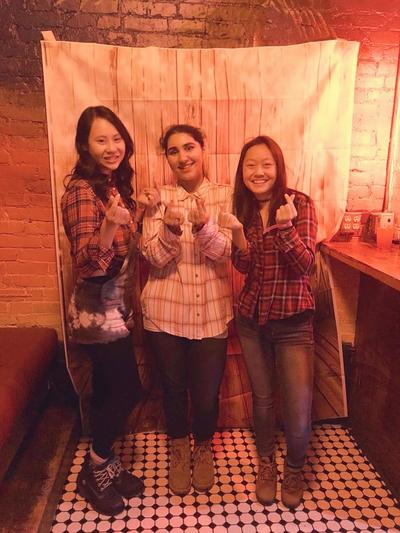 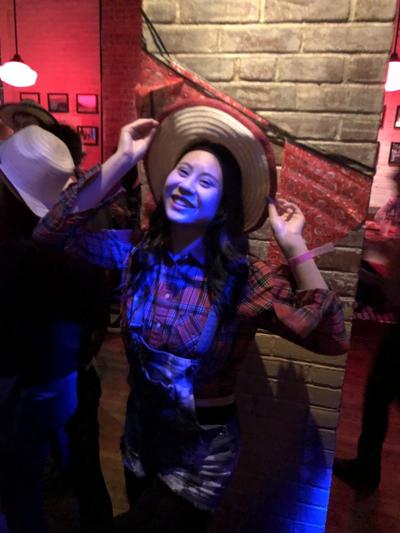 A beautiful time with beautiful friends at a fancy restaurant called Olives and Oil. Plus, free fresh pizza throughout the night. That brick oven was put to good use for hours on end. 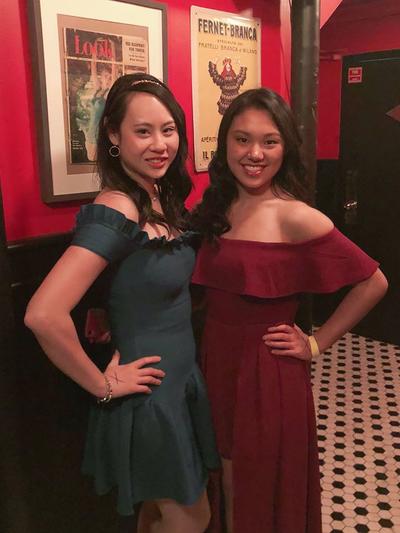 An informal dance where we were encouraged to wear white so we would GLO under those blacklights. Berkeley’s dining hall was transformed by glo sticks, glow-in-the-dark rainbow slinkies. We drew all over each other with glo markers, AND got free shirts.

Rating: 100 glo sticks, 4 light sticks, and 6 LED light rings we took home with us that night 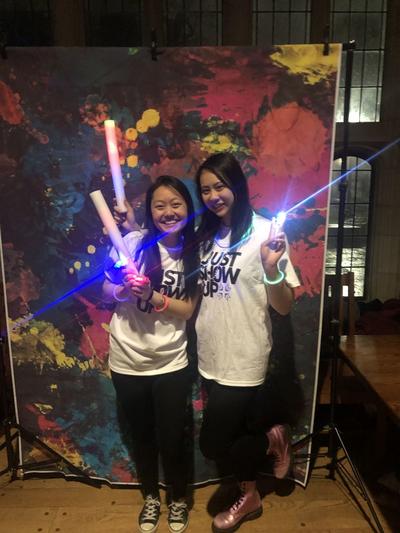 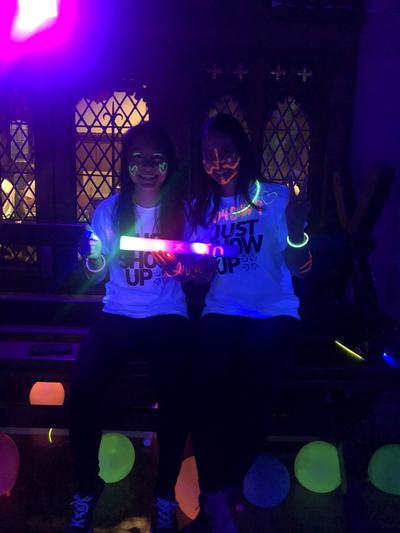 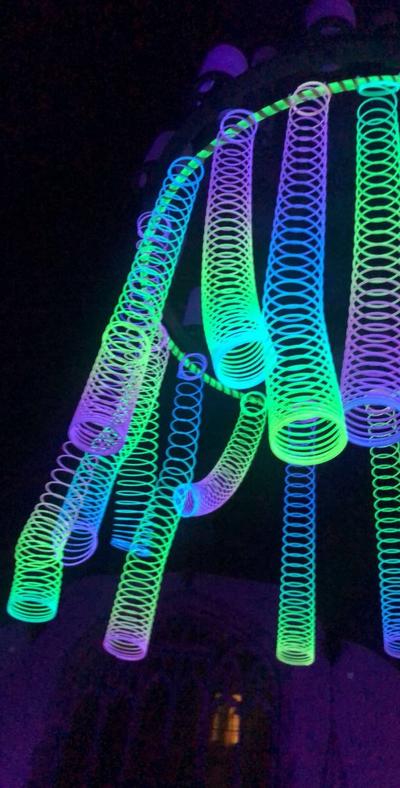 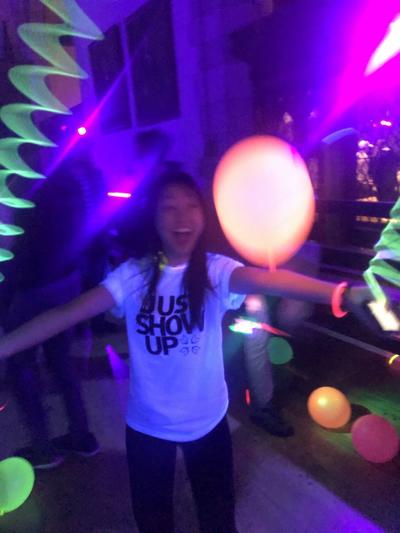