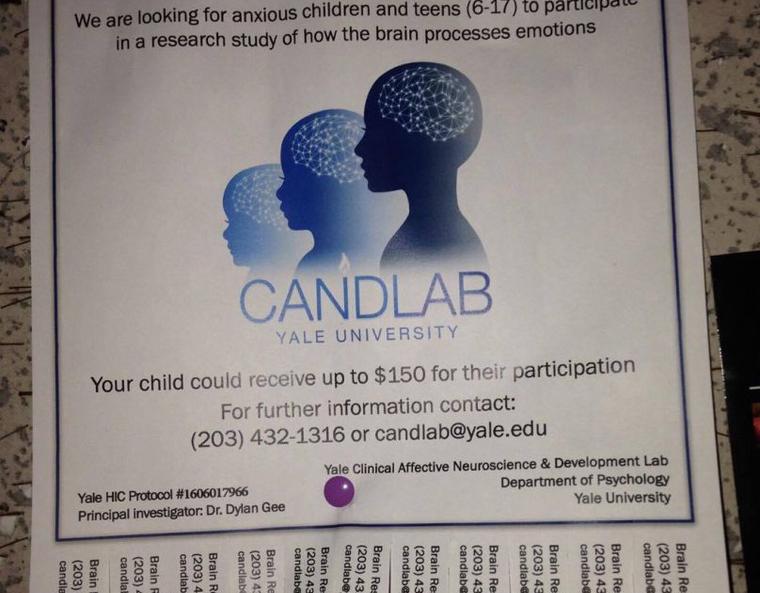 One of the things that you’ve probably heard about Yale more than a few times is that it is a world-renowned research institution. Sure, that sounds pretty cool, but what does it actually mean? After actually coming here, you won’t have to wonder for long. There are HUNDREDS of labs in too many departments to count that are all on the cutting edge of innovations in their respective areas. Places where that might be most obvious to undergraduates are in the departments which often require human participants for their experiments; most commonly, these are Economics, Psychology, and the School of Medicine. Your (and my) qualms about the majority of research participants worldwide being college students who need extra money aside, these human research labs are basically giving out free money for doing things that most of the time aren’t even unpleasant.

During the summer after my freshman year, I kept seeing one flyer posted around campus no matter where I turned. “Healthy, Lean, and Sedentary?” it asked. I can’t say I read much else on the flyer once I saw the final line: “Compensation $200.” That was all I needed to see to make me immediately call the number listed. To my disappointment, no one answered, but I left a message with my name and number expressing my interest in the study, and hoped to hear back soon. The next day, I received a call from the number, and the friendly research assistant, Tabitha, scheduled my appointment for the following Friday morning. I was told to arrive at 7:30 am in comfy clothes and to bring a book, phone charger, or something else to keep me entertained, and not to eat anything after 8:00 pm the night before. 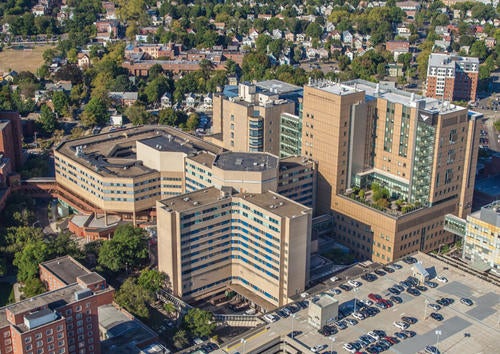 The Yale-New Haven Hospital is truly a mammoth of a building, and I can’t begin to imagine all of the things that happen in here on a daily basis.

Once the day of my appointment came, I brought my current book (Chernow’s biography of Alexander Hamilton) and phone charger and took an unnecessary Uber (I could’ve easily walked, but it was barely after sunrise) to the main campus of the Yale-New Haven Hospital, in the center of the medical campus. Once inside, I made my way to the East Pavillion elevators and took one all the way up to the 10th floor, where the Hospital Research Unit is located. Tabitha met me at the front desk, put a hospital bracelet on me, and led me to a room where I was weighed and signed consent forms. I could’ve been selling my liver to them and I wouldn’t have known; it was too early for me to have actually read those pages of forms. After that was finished, I was led into my very own hospital room and got comfy in the bed before a nurse came in and inserted an IV into my right arm. She handed me a cup of an incredibly sugary drink and told me to drink all of it in the next ten minutes. Not one to prolong things for no reason, I downed it all in a single gulp. 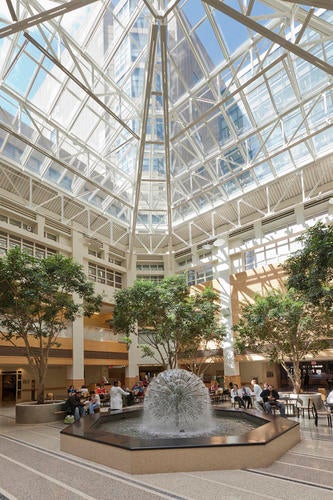 This isn’t a mall food court; it’s the hospital atrium I was greeted by on the day of my study.

The next three hours consisted of the nurse coming in every thirty minutes to take a vial of my blood. In between her visits, I was free to read, watch TV (why are hospital TV speakers inside the remote? I don’t get it), or even sleep, so long as my arm stayed accessible for the nurse. When the time was almost up, Tabitha came back in to bring me a menu and asked me to select whatever I wanted for lunch. Soon enough, I was having my IV removed and being served in bed a delicious feast of a cheeseburger, fries, mac and cheese, rice, tomato soup, and chocolate tuxedo cake. For the final part of the study, I went across the street to the Yale MRI center to have images taken of my left thigh and abdomen. I had never had an MRI before and was nervous that I would get claustrophobic, but it honestly wasn’t too bad. I got used to the steady beat of the loud machinery inside the room, and I almost fell asleep in there. 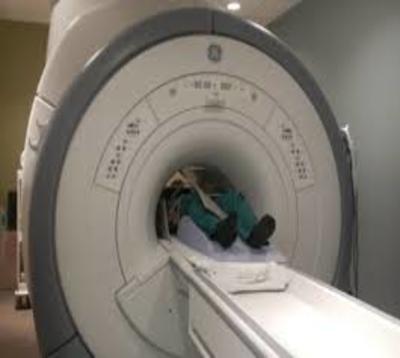 A few weeks later, I received an envelope in the mail from “Yale University Accounts Payable.” Nervous for a moment that I was somehow being charged for something, I opened it up to find my $200 check for completing the study. I wish I could say I saved it, but the J Crew on Broadway was having a sale. But I’ve had opportunities to make up for that: every few months, Tabitha calls me to ask me if I’d like to come back and do the study again. Since summer 2017, I’ve been back five times to get to lie in bed, have my blood taken, get a free lunch, and make $200. Yes, you read that right: I’ve made $1,000 from being a research participant, and that’s just what I’ve earned from doing this single study. Once you’re on campus, I strongly recommend that you spend some time perusing the bulletin boards in the post office or scattered across campus. You’d be surprised at how much money you can make simply from participating in some groundbreaking research.