A Yalie Across the Pond 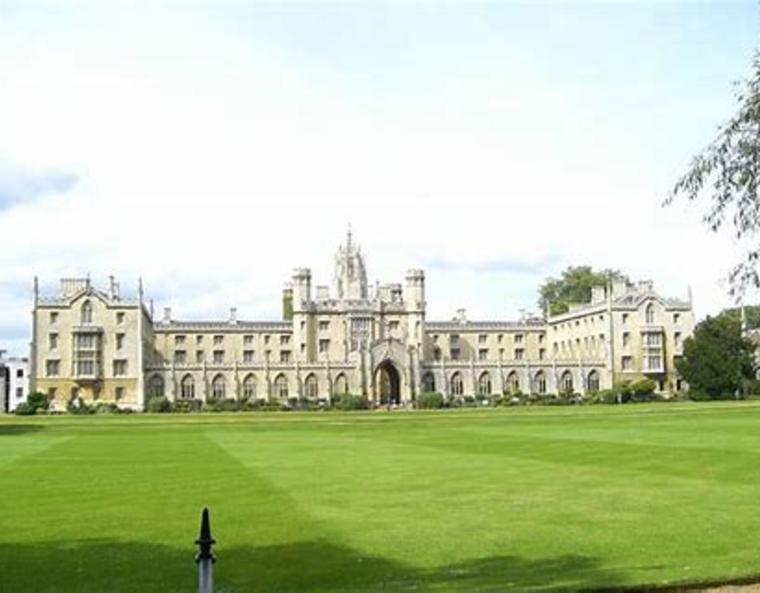 A month before the start of my junior year, I attended my very first academic conference: the International Congress for Infant Studies, in Philadelphia. I presented my research poster and spent some free time exploring the city. It was a great, but many of my best friends had different stories to tell: they had all been studying abroad. In particular, two of my best friends and suitemates had gone to the University of Cambridge to study at the Pembroke-King’s Summer Programme, or PKP. PKP is an annual program for international students who take three Cambridge courses. I have to admit, after hearing my friends’ stories about the huge student rooms in King’s College, I experienced a good bit of FOMO. So what’s any good FOMO-experiencer to do? I looked into how to do the program myself the following summer! 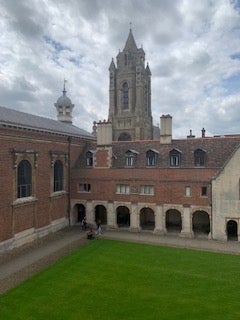 ​Who wouldn’t want to go to a place where this can be the view from your window?

Thanks to Yale’s International Summer Award (ISA), I didn’t have to worry about the costs of attending PKP. Every Yale student on financial aid is eligible for an ISA, which will cover the costs of one summer international experience up to the same percentage as the aid they receive during the school year. For example, if someone receives 75% financial aid during the academic year, the ISA will cover 75% of the costs of a summer abroad. Fortunately for me in this case, I receive almost full financial aid, so I knew that I would be able to attend PKP without having to use much of my own funds. 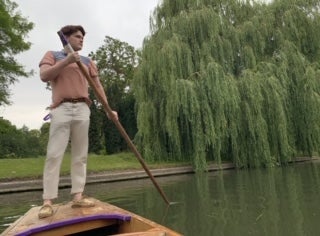 ​I was very bad at this and could barely move the boat. I basically just did this for the photo.

Once I knew that I could afford to go, I filled out my PKP application on the program’s website, and once my letter of recommendation had been submitted, I was accepted the next day! It was only November, and the program wouldn’t start until July, so I spent the next eight months waiting, waiting, and waiting. Every few weeks or so, the program would send out an email giving us a little more information about the program, and by March, course listings were released. I registered for “Sex and Death” (the philosophy of bioethics) and “Understanding World Politics” (a review of core issues and theories in international relations). For my third course, I chose the independent supervision option, which meant I worked with a professor one-on-one on a project of my choosing: the development of attentional deficits in children with autism. 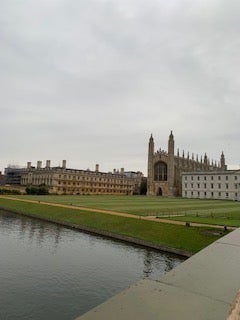 ​The view from the boat that I was terrible at steering!

​In early May, I received my ISA as a direct deposit from Yale, and I could immediately pay for my tuition, room and board, and supervision fee with PKP. Two months later, it was finally time to go! I boarded my plane in New York, experienced my first ever trans-Atlantic flight to Dublin, and a little bit later, arrived in London. It took two more train rides and a taxi ride after that to get me to Pembroke (my now Cambridge college, not totally unlike my Yale residential college). All of that travel was worth it when I got there and saw what was waiting for me. My room was a “set”, which meant that it had a very large living room/office area, and then a separate bedroom (with a sink and vanity inside of it) off to the side. I loved to lie in the huge bay window and listen to the sounds of the courtyard (mostly porters yelling at tourists to get off the grass). 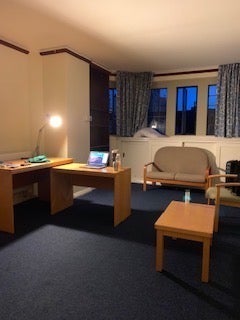 ​Over six weeks, this became home.

​Some of the highlights of the program were “formal halls”, which were held at the beginning, middle, and end of the program. Everyone got dressed up in their finest suits and dresses and went to the dining halls where a gourmet dinner was served by candlelight, complete with wine pairings (the legal drinking age in the UK is 18). A few friends were studying in London, a short forty-five minute train ride away. We visited each other, celebrated a friend’s birthday, and even flew to Dublin for a weekend of Irish exploring. Funnily enough, one of my best friends at PKP was someone who also goes to Yale, but because Yale is such a big school, it took us flying across the ocean to meet each other! We bonded over our love for finding misheard lyrics in songs. (Ask us about “last night I dreamt I was a bagel” and “woe the name my name”). 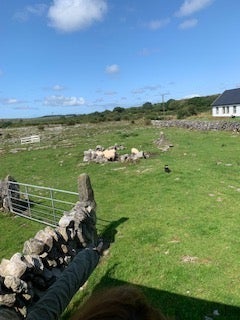 ​One of the highlights of our Ireland trip: a sheep farm where we got to see trained sheepdogs herd the sheep, and pet them! (We petted the dogs; the dogs did not pet the sheep, although that would have been fun to see.)

​About a month after I had returned to Yale and begun my senior year, our Study Abroad Office received my transcript from PKP: all As! The credits transferred without a hassle, and now my Cambridge courses are on my Yale transcript, giving me more flexibility with how many classes I have to take to graduate in May.It’s great to be back where everything feels like home, but sometimes, I wish I could be back up in my room, sitting at my desk, eating KFC from Deliveroo (it’s better in the UK), and watching UK-exclusive Netflix shows. I will definitely be going back one day.