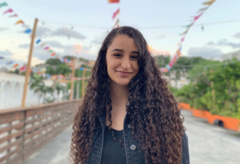 Alex Rocha (she/they) was born and raised in Watsonville, California, a little agricultural town pushed up against California’s Central Coast. Alex is majoring in American Studies with a concentration in Visual, Audio, Literary, and Performance Cultures, but writing is truly where her heart lies. She writes and edits for DOWN Magazine on campus, and has published personal essays in The New Journal, Broad Recognition, Soft Punk Magazine, and the Monterey County Weekly. They are also involved with dance through Ballet Folklorico Mexicano de Yale and like to act in random theater productions on campus. They are a proud member of the Saybrook FroCo team, and love yelling “Say-WHAT?” at totally unfortunate times to see who responds. In her free time, Alex enjoys taking inappropriately long naps, binge watching Netflix documentaries, listening to Taylor Swift, and studying astrology to figure out why she is the way she is. Alex doesn’t know what the future has in store for her but is excited to face it with an ethics of bravery, empathy, and love. 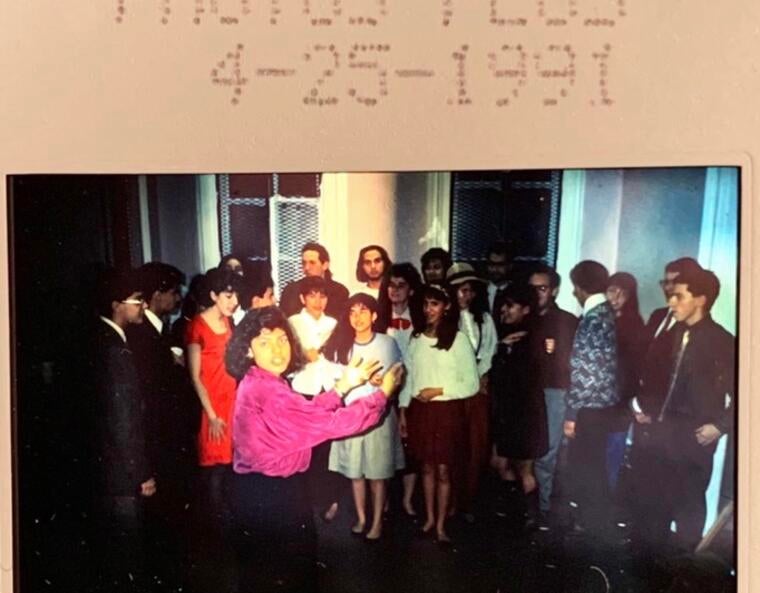 Tonight will be my first meeting with MEChA—Movimiento Estudiantil Chicano de Atzlán, or the Latinx student organizing group that’s run out of our Latinx cultural center—since the pandemic started. In many ways, it feels like coming home. I met MEChA during Bulldog Days, when I was just a wide-eyed (read: terrified) and wandering (read: lost) prefrosh walking around campus trying to imagine myself at Yale. I was taken aback by the grandeur of the buildings and the way students walked with their backs straight and their eyes forward. I couldn’t help but wonder, will I be able to make this place a home?

I went to an open house at La Casa, Yale’s Latinx cultural center, to see if I could find a glimmer of home in the Yale Community. I knew nowhere would feel like it was mine without corridos, good food, and people who I could share my culture with. When I walked in, the house felt alive. People weren’t sitting down talking to each other, they were standing up, moving around, dancing to salsa music, introducing themselves, ushering us upstairs to look at the other rooms… all this to say, I felt at home in the chaotic familiarity of it all. After hearing that my friends and I were interested in activism at Yale, an older student led us upstairs into the MEChA room.

This room is on the third floor (yeah, I was winded by the time I made it up there, those stairs are steep) and painted bright red. Plastered on the wall are a myriad of protest posters dating back to the 90s and early 2000s, news articles, art pieces, and photographs. It was like walking into a museum, except not really. Not really because alongside the poster of solidarity for the United Farmworkers Movement during the early 2000s movement for farmworkers rights is a poster for ‘I Stand With Immigrants’ day that was painted the semester prior. MEChA is still living—the students in the current organization were connected by decades of resistance and hope to all the students that came before us. When I graduate, the new generation of MEChistas will pick up where we left off and keep this space alive.

During my sophomore year, MEChA celebrated 50 years at Yale. We held a celebration that welcomed back dozens of alums who were members during those fifty years—some right after Yale started accepting more people of color into the college, and some who had graduated during the NextYale movement of 2015. Generations of MEChistas came into La Casa and celebrated how far we’ve come, while preparing for what’s next. I knew I’d picked the right club when I saw that even after all those years, MEChA was a place to which people wanted to return. I knew that no matter what, MEChA was a family I could always come back to. 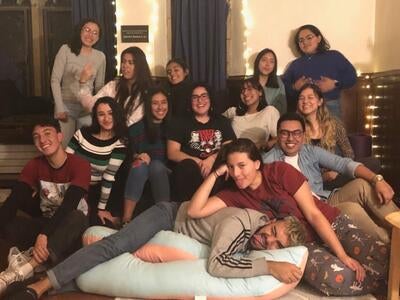 MEChA at our annual retreat, building connections, in early 2020.