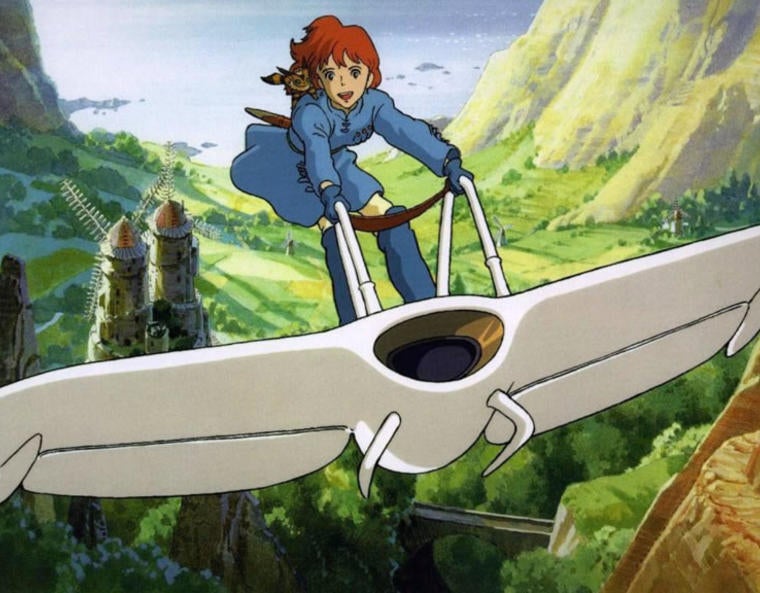 When I saw the poster on the wall of the TD dining hall advertising Yale Film Society’s “Ghibli Ghanuary” event, I knew I had to go. For those of you who haven’t heard of Studio Ghibli and their famed director Hayao Miyazaki, it’s a Japanese animation studio that crafts beautiful hand-drawn animated films. In my opinion, they rival Pixar in the strength of their storytelling and exceed it in the beauty of the animation. They’ve won critical acclaim in the states (their 2002 film Spirited Away is the only foreign film to have won the Best Animated FIlm Oscar), not to mention being a cultural institution in Japan.

My excitement for Ghibli Ghanuary stemmed from the first Miyazaki film I’d seen, called Howl’s Moving Castle, based on a children’s book by Diana Wynne Jones that I’d read of the same name. It was a great book to begin with, and I was curious to see how the film compared. I was shocked, to say the least. The art was absolutely amazing, and they managed to make a talking flame one of the funniest and most endearing characters I’ve seen in an animated movie. Needless to say I was won over by the film’s charm, and I was curious to see more from the studio.

So I sent out an e-mail to my friends inviting them to come to the screening room, a comfy theater in Whitney Humanities Center. I manged to sneak in a burger and Coke, and another of my friends brought some gummy Life Savers. We sat down and enjoyed the movie, the first movie the studio made, Nausicaa.

The film was not quite the epitome of animation that Howl’s Moving Castle was, but it was still a fantastic movie. What impressed me most, however, was the introduction that a member of the Film Society gave before the movie began. When he was a high schooler, after being admitted to Yale he decided to watch all the Studio Ghibli movies back to back. The last film he saw was Nausicaa, and he liked it so much that he made the decision to visit the Studio Ghibli museum in Japan someday. However, the only way he could do this was by studying Japanese, so he decided then and there that he would study Japanese at Yale. When he to Japan last summer, he actually visited the museum, and he met with one of the senior members of the team, who gave him a copy of Nausicaa on Blu-Ray. That copy was one that the Film Society used for that night’s screening.

While I don’t suggest you make spontananeous life decisions based on movies you’ve seen, I liked his approach to his Yale career: do what interests you, not  what you think others expect you to be doing. While studying Japanese to go to a museum might seem silly to others, this kid really made it work through his enthusiasm and love for a simple thing: animated movies. College is really the perfect time to explore the interests you have close to your heart, and to let anything else get in the way would be a shame. So in that sense, I have a lot of respect for this guy, and his efforts with Ghibli Ghanuary.

Nausicaa and her awesome glider.